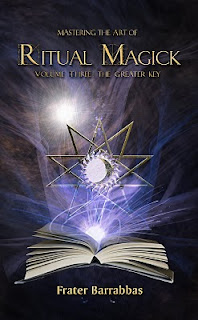 
It is finally in print, the long awaited third book in the trilogy, Mastering the Art of Ritual Magick. While only a few know that this work was originally written in 1996 and called “Pyramid of Powers,” a name that was changed along with a massive rewriting and editing project, it was a persistent and laborious act of will that finally saw this work fully printed. Although many hands had a role in helping to make this dream realized, it was also the ambitions of the author (myself) who continued to push for that realization.

There is some very important information found in this third volume of the MARM series, especially since it is the final part of a work that seeks to give the power of building a personal and unique ritual magickal system into the hands of the intermediate student. This work, in three parts, teaches the art of magickal system building, which is a very complex and difficult methodology to learn. It’s easy and simple to just use the rituals that are found in books or grimoires, but this work shows how more rewarding and empowering it is to write your own personal magickal system. There will be other books produced using this perspective, but this, as far as I know, is the first of such. Let’s take a brief look at what the third volume contains in regards to content, so you will know why I believe it to be the most important of the MARM trilogy.

Completing the work begun in Mastering the Art of Ritual Magick: Foundation and Mastering the Art of Ritual Magick: Grimoire, this book contains the detailed instructions on how to build a key of correspondences and apply it to the nine rituals of this series. There is also information that will aid the seeker in forming a sustainable magickal working group as well as an in-depth analysis of the ritual structures of the nine rituals used in this system.

Written for the intermediate student and practitioner, this Greater Key is the third volume in the Mastering the Art of Ritual Magick trilogy. This book is the final step in commanding the occult arts of ritual magick, and is recommended to anyone seeking to master the art of building a complete magickal system.
In this book you will learn:


Frater Barrabbas Tiresius is a practicing ritual magician who has studied magick and the occult for over thirty-five years. He has emphasized pragmatism and structuralism in a discipline that he believes has lost its direction and become diluted by mediocrity and misunderstanding. He believes that ritual magick is a discipline whose mystery is unlocked by continual practice and by occult experiences and revelations.

The book Disciple’s Guide to Ritual Magick represents an entry level work written for the beginning student of ritual magick, but it’s one work existing within an orbit of many completed and planned literary projects; each of which shall attempt to modernize the practice of ritual magick, making it relevant in the new millennium.

The three volume set, Mastering the Art of Ritual Magick was written for the intermediate student of ritual magick, assisting that seeker in crafting his/her own system of magick. The first volume contains all of the documentation that an intermediate practitioner should know, the second contains the grimoire of ritual templates, which the student must modify to build a personal magickal system, and the final book contains the key and methodologies used to modify and personalize the rituals contained in the grimoire. 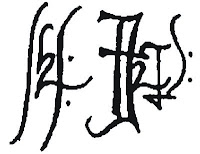 Posted by Frater.Barrabbas at 10:14 AM