Coming Forth from Darkness 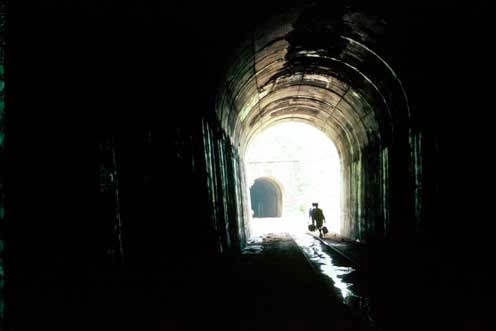 It’s been many weeks since the last time I wrote anything to my blog. The truth is I have been fighting against a very terrible malady. That malady that I have been fighting is the inability to sleep normally like ordinary people do. It has taken me from October until now to be able to sleep normally with assistance. I am now using a CPAP machine to help me breathe normally at night when I sleep. For those who have never suffered insomnia or sleep apnea, I have to tell you getting a full night’s sleep is extremely important. My struggle against insomnia also included a struggle against Ambien dependency. I was taking Ambien for 47 nights straight before finally deciding that I had to stop taking it altogether. During that period of time, I got to experience some of the more nasty side effects associated with that drug. So, I experienced night sweats, anxiety attacks, hallucinations, nausea, and vertigo. I functioned as if in a cloud, not being able to focus on anything that was outside of my periphery.  I even experienced forgetfulness, absentmindedness, demented imaginings and all sorts of dark fantasies. It was somewhat horrific when that happened, and thankfully, it was brief and I was able to pull myself out of it by the strength of my will. I am certain that it would have gotten much worse if I had continued taking Ambien, although I would have run out of my prescription well before then.

I went through two weeks of withdrawing from Ambien and now I’m no longer taking the drug. This change has made me feel so much better about everything. I’ve read all sorts of horror stories on the Internet about the drug Ambien, it’s pernicious powers of dependency, addiction, the particular gruesome withdrawal side-effects, and I now know that they are not exaggerated. Our culture seems to be obsessed with the use and sales of illegal drugs, but very little is said about the effects and use of pharmaceutical drugs that are prescribed by doctors. This whole process that I’ve experienced has been quite an ordeal, and one that I don’t want to repeat. As I become accustomed to the CPAP machine I will begin to experience normal sleep cycles without any other aid. I am happy to report that I have achieved that goal.

Good health is very important for anyone, especially occultists. If you are waylaid by sickness or poor health, how can you ever focus on spiritual things and the subtleties of the occult world? And I might add, that good health is not something that you can take for granted. When we are young, most of us experience good health throughout our 20s, 30s and even into our 40s. Yet it is foolish to take good health for granted at any point in our lives. This state of solid physical health must be maintained, especially when we get older. I have stated in previous writings that being in a state of good health is an important foundation for the practice of magic. It’s pretty hard to work magic if you are distracted by poor health or your vitality is sapped by disease and physical stress. I have acknowledged this lesson and I realize that I must work ever harder in order to maintain a modicum of good health. To tell you the truth, this is my most difficult occult ordeal. If I want my life to have value and to be enriched in my autumn years then I’m going to have to regularly work out, stay active, diet and eat sensibly, or face a painful and disease ridden old age. The key here is to have quality life in your autumn years, yet so many of us are sadly kept from that goal.

From time to time I have seen news statements, messages, and various Facebook feeds announcing yet another occult luminary or important pagan founder succumbing to bad health and even death. There was a time when many of these folks were young and in their 20s, and the movements they were a part of were also young. We all assumed that life was good and that we and our movements would last forever. We thought we were immortal and above and beyond the cares and concerns of old age and declining health. Perhaps some of our numbers were culled by accidents or mishaps, or even the tragedy of excessive drug use or alcoholism. These things happened to other people that we may have known or not known, so they were easy to ignore or to forget. And now that we are getting older we realize that we are not immortal and that how we have lived our lives will certainly help to determine how it ends. Now we know that we are not immortal and that all of us will someday die. Some of us will die a lot sooner, and some of us are actually quite sick and dying right now.

All of these thoughts about mortality and death seemed to be very much a part of my spiritual process in the last few months, and I even began to think about the end of my life. I had performed some divination and knew that I wasn’t going to die, of course. Yet the topic of death had quite a powerful impact upon my mind. Maybe, this was an important wake-up call for me to pay attention to so that I might live a little longer and better.

While undergoing the most extreme and dark parts of this ordeal I was also reading about the ancient Egyptian book, the Amduat, which is all about the nocturnal cycle of the god Re as he makes passage through the underworld from the setting of the sun to the dawn of the next day. The ancient Egyptians believed that the sun passed under the earth during the night. The sun god rode in his solar boat through the 12 gates and was assisted by many gods and the blessed dead to achieve his victorious daily emergence from the Gateway of Dawn. This daily cycle of the sun god was actually an important part of the ancient Egyptian funerary rites and represented the cosmogonic cycle in which the pharaoh played a very important part. This cosmogonic cycle was also analogous to the cycle of the hero and the cycle of initiation. Since five stages are associated with the cosmogonic cycle in the hero’s journey, there are only 17 stages that actually involve the full transformation of the hero. If we were to amplify those five stages to 12, then we would have an approximation to the Egyptian cosmogonic cycle. So, I have been focusing on each hour or stage of this cycle as I have been undergoing my recovery from sleep deprivation. It has been a very interesting synchronicity to assist my struggles to fully recover while reading this book.

There were times when I was reading this story of the sun god’s passage through the underworld as a meditation piece just before I went to bed that I imagined myself on the solar boat with the sun god, helping him to fight the forces of darkness. The whole process seemed like an analogy for my struggle to become well. Because sleep, dreams and death seem so connected in our minds and in our culture this mystic underworld journey seemed most appropriate to me. I could also consider this entire process to be transformative, representing for me not only a healing journey but also a kind of initiation. Now that I’m on the mend I’m quite certain that what I have gone through has been an initiation and a powerful spiritual awakening.

The book that I was reading was written by Andreas Schweizer and it has the title “The Sungod’s Journey Through the Netherworld: Reading the Ancient Egyptian Amduat.” I liked reading this book because the author really got deeply into the psychological impact of the underworld journey. Mr. Schweizer is something of a Jungian psychoanalyst so his interpretation of the Amduat is very much influenced by the teachings and writings of Carl Jung. If you are not into Carl Jung then the constant references to the collective unconscious would probably be quite annoying. Yet I found it quite helpful and insightful because I believe that the writings and teachings of Carl Jung are very important for occultists and practicing ritual magicians. You might disagree, but that is my opinion and I stand by it. Even though neurologists have pretty much debunked the concept of a collective unconscious, there still appears to be something about a cultural collective that has a powerful influence on those individuals living through it. I think the final word about the cultural collective, conscious or unconscious, has still to be written. I also believe that science will probably discover not only a psychic but perhaps even a neurological basis to the collective unconscious.

So, I’ve returned to the blog world and this is my first article in quite some time. I don’t know how frequent I will be posting new articles since the demands of my job, my health, and my relationship will take precedence over my writing, at least for the time being. I have quite a huge backlog of articles to write since there is been so much that has been going on in the electronic occult community that I would like to comment on and put forth my opinion. Some of these discussions may be a bit old, but that won’t stop me from writing about them. I hope to have an article written perhaps once a week or maybe once every two weeks. I’ll see how things work out and you will surely know the results.