Why I Rejoined the O.T.O. 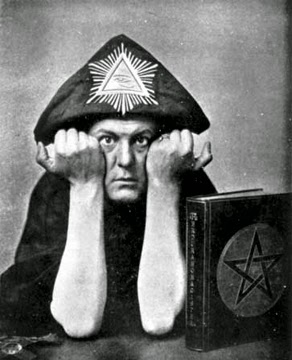 Recently, after much thought and consideration I have decided to re-activate my membership in the O.T.O. I have been an inactive member since around 2003 because I just decided that I didn’t want to progress any further in the degrees and felt that the organization really didn’t have much to offer me. I am unfortunately rather lukewarm towards the philosophy and theology of what I call classical Thelema and I am just not into acting as if Aleister Crowley was a defacto prophet of the coming age. The various religious tenets of Thelema just didn’t over-awe me compared to what I saw other folks dong and feeling when they were engaged with it. I was, in my own mind, something of a “partially disaffected” Thelemite. I therefore had no reason to continue to belong to that organization, or so I thought.

However, what I might not have really understood is that many Thelemites question Thelema and feel that it is their right to agree or disagree with what Crowley wrote, or to interpret the Book of the Law in a manner that appeals to their sense of logic, justice and overall rightness. There isn’t sacred cannon (although there is a tradition and sacred writings) and members are encouraged to use their own powers of critical thinking to determine the nature of what they believe and how they practice those beliefs. In other words there isn’t a right or wrong way and there definitely isn’t a sectarian power to keep the faithful believing in strict accordance with an established creed. In fact, there really isn’t any dogma in the O.T.O. or in the theological speculations of Thelema.

What the O.T.O. does have is quite an impressive collection of magicians and speculative occult experimenters that covers the whole spectrum of occult studies, both West and East. Most, but not all, of the cutting edge magical practices and perspectives have come from individual practitioners who are either actively associated or who once were associated with the O.T.O. It would seem that in re-activating my membership I am just affirming an association with a peer group that represents, in my opinion, the best of breed for modern magick and occultism.

This means that I can belong to this organization and I have the freedom to engage in a local body if I choose as well as attend any Order sponsored events. I can also contact other members of the order and I believe that they would be more likely to help me (even if I were a complete stranger) because I am a brother initiate. I also have the freedom (as well as the responsibility) to interpret Thelema however I wish and thereby practice it in a manner that would seem to be in accord with my True Will. Others may disagree with me or how I interpret Thelema, but as long as I comport myself within the basic guidelines (bylaws) of the order and the local body, I shouldn’t have any difficulties.

While other organizations are quite binding and exclusive, tying the individual members to an organization and its leader, the O.T.O. has no such rules, limitations or boundaries. I can be a Thelemite, an Alexandrian Witch or even a Gnostic Bishop (outside of the EGC) and no one will either comment nor seek to excommunicate me from the order. I have quite a bit of latitude to develop my beliefs and to practice them however I feel inclined. There are, of course, some boundaries, but they are quite wide and represent ethical as well as legal responsibilities.

Perhaps the most compelling reason for me to re-activate my membership is because there is such a large population of highly competent and knowledgeable magicians and occultists in the Twin Cities area of Minnesota who also happen to be members of the O.T.O. I would like to associate and also work with them to help develop my own practices and beliefs. This seems like a good group of men and women who could act as a peer group to judge what I am doing and how I am doing it. While I could probably do this as an inactive member, I would still be barred from participating in any local body activities as well as the various conventions, such as Noticon.

It seems like such a trifle to reactive my membership and thereby gain all of the benefits that such membership affords. I have often said that having a peer group is very important for an aspiring student, and that is also true for a long time practitioner such as myself. Even a senior adept is not immune to hubris or erroneous assumptions about magic and the occult in general. If this group of local magicians can inspire me to greater heights and also curb my more egregious flaws then such a group is worth joining and maintaining.

Anyway, while this event has touched off a lot of thought on my part regarding Thelema and the O.T.O. another author had previously come to quite the opposite conclusion. She had decided to quit the O.T.O. The author of that article, which appeared in a recent edition of the eZine Spiral Nature (June 18), wrote about her objections to the O.T.O. and cited the rigid and inflexible beliefs and practices held by its members as one of the several reasons for leaving the order. This, according to her, was particularly to be found in the area of gender representation in the ECG ritual vehicle, which is the Gnostic Mass,. You can find that article here.

I find it curious that the author, who calls herself Psyche, would pick apart the one ritual in the religious branch of the O.T.O. that has rather strict traditional roles associated with the primary celebrants. While it is true that you might not be able to find a situation where the Priestess would be portrayed by a male, or the Priest, a female, there have been plenty of women body masters and officiants of the O.T.O., and I might add, even a few Gnostic Bishops. In fact, I can attest that the order was something of nearly all-male kind of occult geek club back in the 80's and early 90's, but it has since greatly changed. This was due in part to a more rigorous change in the bylaws that made the local body as well as the Grand Chapter more equitable and gender neutral. However, those changes are not yet reflected in the actual rites of the ECG, and that could be because it is a kind of religious tradition.

It is also a mystery to me that something which is deemed part of the “tradition” of a spiritual and magical order would be expected to rapidly change and mutate itself in accordance with the current trends. I have not found this to be the case in British Traditional Witchcraft, although the inclusion of members of the LGBT community has occurred rapidly (and recently) over the last couple of decades. Still, traditional witchcraft stipulates that a woman initiates and man, and a man initiates a woman, and that rigid gender biased versions of polarity are taught and used in rituals and ceremonies despite the sexual orientation of the members. I know a number of gay and lesbian folk who are quite happy practicing traditional witchcraft, and they have no qualms with what passes as tradition. Gender based roles are not exclusive to the BTW or the O.T.O. for that matter, they can be found nearly everywhere in our social institutional organizations.

Should we be open to experimenting with gender roles and magical sexual based polarities? Of course we should be open to anything that can expand our consciousness or help us to evolve as human beings. However, something that is part of the core “tradition” of an organization might be beyond the bounds of experimentation even though it could still be an effective and relevant trope. This doesn’t mean that such boundaries are to be deployed for any or all rites, most especially those that are written up for the purpose of experimentation. However, traditional rites and practices aren’t typically subject to experimentation.

Anyway, I find Psyche’s reason for leaving the O.T.O. to be curious because she took such exception at what is a traditional practice or rite. Traditional rites do change, but they usually change slowly over time, not rapidly due to new trends or social conventions. Even so, there is a place for having a completely experimental based magical and spiritual organization where every variation can be tried and tested.

I have belonged to a couple of groups in my occult career that did a lot of experimentation. In fact one of them started out with no traditional rites at all - they had to be written by the group. What was established in those groups, however unique, experimental and cutting edge, became something of a tradition in its own right over time. The really successful workings were brought into a kind of common practice and the ones that bombed were either analyzed to death or quickly forgotten. I believe that the better organization is the one that can be completely experimental, and I wouldn’t be surprised if there are some O.T.O, bodies out there that have the capacity for changing gender roles or experimenting with polarity. Still, we shouldn’t expect a tradition to break its own tradition. Someday, I will seek out the company of a few like-minded individuals who are driven by curiosity and a desire for pushing the envelope, and together we will discover some whole new vistas in the area of magic and occultism. For now, however, I will content myself with being a member of the O.T.O.

Psyche says at the end of her article that she is still looking for a magical and spiritual community. In my opinion all she has to do in order to find like-minded individuals is to be engaged with the greater alternative spiritual community in which she lives. Forming a loose confederation of equal individuals (what I call a Star Group) is not particularly daunting, and once established, then the group can decide what is important and significant to them, writing up their own rituals and ceremonies to experiment and discover what works for them. I can’t think of a more challenging and equally fun project to engage one’s time, but it does require a maximum amount of creativity, research, flexibility and a good ritual writing ability, and, I might add, a fair amount of time and patience.

What seems likely is that Psyche doesn’t have the time, the connections or maybe the dedication to form her own group, at least not just yet. Perhaps in time, she will gather together a small group of magicians and occultists and start her own organization. That’s how I did it, and it was worth the time and effort to make it happen. For the rest of us who have neither the time nor the inclination, there’s always the traditional groups and organizations already set up with their established traditions, and I might add, biases and boundaries. At least with the O.T.O. you can, to certain extent, pick and choose what you want to practice and believe.