Without Any Teachers - A Way to Transformative Wisdom 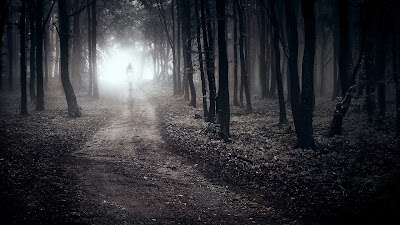 Recently there has been some heated discussion about how the Millennial generation (and some members of Generation X) don’t have respect or the proper behavior towards the older, mature and supposedly wiser members of the Western Magical Tradition (WMT). It started out with Nick Farrell telling potential students that they should basically shut up and meekly listen and learn from their elders. Of course, Nick comes off as something of a dick, but he did give plenty of examples of his own past foolishness, and supposedly he is advising his younger audience to not act like he did many years ago. Still, others have chimed in giving their support to Nick’s premise or vehemently decrying what he wrote. It has created quite a controversy, and I have been loath to comment on it because I am unfortunately not one to talk about either the traditional role of occult teachers or the responsibilities of idealized students or followers. That is because I consider myself mostly a “self-made” man regarding my practice of magick and my approach to occultism in general.

I have had very few experiences with supposed “great” teachers, but I have painfully learned to eschew the advances and self-promotions of anyone who is a charismatic leader or teacher in some established occult organization. Those few experiences that I have had revealed to me that “great” teachers are really a social mirage, and that those who promote a charming and attractive front are likely hiding egregious flaws and possibly even sinister motives. Many of us are suckers for the guru confidence game, but typically cold hard facts and the power of dispassionate and unbiased reason will reveal a fraudulent master teacher eventually.

Ostensibly, we are really on our own. We alone are responsible for what we achieve regardless of what someone else does for us or against us. We might be an initiate of some great magical tradition or perhaps even received the exalted teachings of some spiritual master, but what we ultimately achieve is due to our own efforts. Typically, membership in an occult organization can be helpful or even inspiring, but if students don’t attempt to take the teachings and knowledge into themselves then it is little more than a distraction at best, a roadblock or daunting trap at worst.

Instead of writing up a homiletic about teachers and students and how they should comport themselves, I can only reach into my own many years of experience and declare that it is actually better for one to be solitary than to belong to an established occult group. At this time in my development I have the considered opinion that the only group that I would bother to belong to is one that is either a loose confederation of fellow magicians or a Star Group. If neither of these types of groups are available then I am quite happy to continue my work alone and intensely focused.

What I don’t need is to be distracted or have my time wasted by some bloviating teacher who thinks he or she has a monopoly on truth. While I am willing to share my experiences and knowledge with others, I do expect people to reach out to me and also be ready to do the work by themselves and for themselves. If someone wants me to share my knowledge with them then they need to make an effort to arrange the time and the intentions for such a working. I refuse to beg people to work with me who won’t make their own effort to set things in motion. So, I am indeed willing to share what I know with others, but I have found very few that are really interested in what I am doing. No one is knocking on my door to gain whatever knowledge I supposedly possess, and I have my own work and efforts to keep me quite occupied. I need people to socialize with and to share my ideas and also to listen to what they have to say, but I don’t need a teacher or a guru.

It is for this reason that I strongly believe that everyone should be responsible for their own spiritual and magical progress. It is a personal responsibility that has nothing to do with anyone else. No one can do this work for you and no one has the answers that you are looking for. You might occasionally meet remarkable men and women on the transformational path of enlightenment, and at times, these people can function as teachers and mentors, but only temporarily and only if you are willing to do the work. However, only you can do the work and only you can discover the answers to the questions that you might have.

I must admit that I am not a big fan of Krishnamurti, but in some cases he had some of the best advice to give to those who were seeking the lonely path of self directed personal and spiritual mastery. I also admire the fact that he repudiated the heads of the Theosophical Society who tried vainly to make him into their vaunted world teacher, and then he forged his own path, developing naturally over the decades. He was a font of wisdom and was one of the brilliant few who bridged the spiritual practices and wisdom of both the East and the West from the standpoint of the East.

Here are some quotations of his where he talks about the solitary path of self-knowledge and self-directed spiritual evolution. His words seem to advocate a spiritual path toward truth that belongs to no one group, creed or organization, and I find them profoundly deep and meaningful.

“I maintain that Truth is a pathless land, and you cannot approach it by any path whatsoever, by any religion, by any sect. ... The moment you follow someone you cease to follow Truth.”

“Self-knowledge is not something acquired from a book or from a guru or teacher. Self-knowledge begins in understanding oneself from moment to moment, and that understanding requires one's full attention to be given to each thought at any particular moment without an end in view, because there cannot be complete attention when there is condemnation or justification.”

“Self-knowledge has no beginning and no end. It is a constant process of discovery, and what is discovered is true, and truth is liberating, creative.”

First of all, each and every person has their own spiritual process and lifetime trajectory. They alone are responsible for whatever happens to them, most particularly on how they react to both good and bad fortune. As spiritual seekers we must ultimately follow our own trajectory regardless of those individuals whose paths we might briefly intersect. Our own evolving spiritual process is the great hidden teacher and master, but it is not someone or something exterior to ourselves - it is within us and it also transcends our egoic selves. Experience and experimentation help us to acquire self-knowledge that ultimately leads to powerful realizations and self illumination; so long as we avoid the illusions and traps that we or others might set for ourselves.

This individual path of self-knowledge has no beginning nor end. Whatever objectives we might start out with change over time and eventually become overall, meaningless. It is merely the sake of journeying freely on our own path of self-knowledge that is our one and only compensation. Understanding ourselves from moment to moment, and fully engaging our attention in this task is a powerful state of mindfulness that can lead to full self-realization. Even so, this path is neither quick nor is it glorious. It is a life-long process from spiritual adolescence to full maturity and self-mastery. It is full of joy and sorrow, ascent and decline, pain and pleasure, wonderful dreams and horrifying nightmares - the very stuff of life.

When I consider these thoughts and ideas it makes my feeble attempts to write and teach seem nearly useless and without merit. What impact or effect can I possibly make on the soul and life path of someone who is a spiritual seeker for truth? I can share a few moments of comradery and even intimacy, but in the end, that seeker moves on regardless of what I do or say. I don’t wish to distract anyone for too long or keep them from their appointed destiny, just as I wouldn’t want someone to do that to me.

In the end, all I can say is that I am merely a student and still in the process of learning and growing just like everyone else. There is little difference between me and the young beginning student, except that I am probably a lot more jaded, less curious and quite set in my ways. To some I might even seem to be rather boring and self-absorbed, since there is little that I can boast about or claim about my achievements without having to establish a meaningful context. While I might preen for a moment at all of the books that I have digested and the magical workings that I have accomplished and even the books and articles I have written, what I have accomplished in a life time of work seems diminished when compared to the totality of spiritual and occult knowledge. What we collectively know seems quite vast, and yet the last words haven’t been written on the subject of magic or occultism, nor will they be written for ages to come. Thus what I have managed to accomplish in my short and brief life is rather small and humbling, but I continue on my travels because life is still good and there is so much yet to experience and learn.

The path of the sorcerer is endless, without beginning nor end, and we few magicians travel its dimly marked path knowing that the adventure of traveling is our only compensation. There is no objective that is a permanent triumph and there is no final destination except exhaustion and death. The majestic vistas that we see along the way are beautiful and inspiring, but they all too soon pass away leaving us with fleeting memories as we endlessly walk in the twilight. Birth is a vaguely acknowledged beginning to our path, but death and its mysteries will be encountered while fully conscious and aware. I suspect that the personification of Death will be the final and greatest teacher that one could possibly meet, and also the greatest challenge. I am both fearful of it, and I also look forward to it, since it will either deify or destroy me, or probably both.