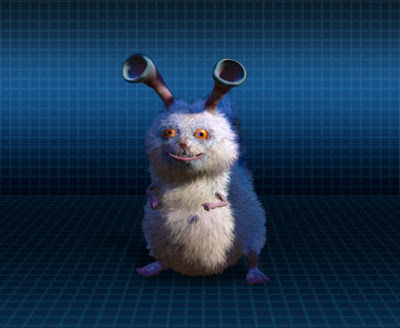 
Let me start by saying that I am a Witch initiated in the Alexandria tradition. I belong to a group of traditions that have received their foundational praxis from Old Gerry himself, whether through a direct lineage or one that is somewhat circuitous, but no less valid. There are a few fractious sectarians and traditionalists out in the public who think that their particular lineage is better than all of the rest, and sometimes the perpetrators of that conceit just happen to be Gardnerians. For some reason being a member of the BTW brings with it a certain amount of obnoxious conceit, and I have never liked nor agreed with that attitude.

Don’t get me wrong, most of the BTW Witches that I have met are neither conceited nor sectarian in their approach to other Witches or the public at large. Many of these Witches are Gardnerians, and I personally know quite a number of them. However, I have always felt that we are Witches first and foremost, and how we got there is not particularly important.

It’s for this reason that I wouldn’t turn my nose up at anyone who was self-initiated, solitary or completely outside of the BTW venue. There are many paths in the greater religious tradition of Witchcraft, and if adherents remain faithful to their own path over a number of years and seek to learn and experience everything within their power to learn and experience, then I have no problem with them calling themselves Witches. They are sisters and brothers to me because they have practiced Witchcraft long enough so that it isn’t just a superficial fad or a kick.

In my opinion, all followers of this path have to undergo a period of solid practical engagement in order to really consider themselves to be credibly and reliably a Witch. Still, everyone has to start somewhere, and even when there is a local coven of witches open to new members that you might be able to join there is no guarantee that such an affiliation will automatically make you a Witch. The only verifiable way to be a Witch is to practice that faith and craft for a number of years, especially outside of the covenstead if you happen to belong to one. It takes time and a lot of effort to become a Witch, but then so do a lot of other things in life.

What gets under my skin are those who think that their tradition is superior, and that other Witches from other paths and traditions are considered to be just second-class Witches or worse. That kind of “snark” deserves a good kick in the teeth from those who are faithfully practicing their craft whatever their tradition, experiential duration or the nature of their path. I have decided to particularly punt the choppers of one rather blatant and obnoxious writer of an article that recently appeared on the “Gardnerians” blog. You can find that article here. Make certain that you look over the comments as well.

The title of this article is “Belief Does Not Equal Initiation,” which I think is actually quite an accurate statement. However, an initiation is not necessarily one that is given to a member of a coven by the covenstead. There is such a thing as “transformative initiation” that I hold to be more authentic and powerful. So, as I stated previously, it takes time to learn to be a Witch, and in fact, if one takes the approach of learning everything (even if it is at first from books) and then experiencing everything possible, it is very likely that such an ardent student will experience a personal transformative initiation, whether that occurs through the endowment from authorized coven leaders or whether it happens as a part of one’s personal and individual path. What we can’t do is to judge others who are not part of our various traditions by the same measure that we would judge ourselves or our lineage members.

Self-initiation, if it is accompanied at some point by a transformative initiation, is more legitimate (in my opinion) than if someone receives an initiation that has no more dramatic effect than any other mundane social encounter. Believe me when I say that I have met a few individuals with impressive initiatory pedigrees who have had all of the spiritual depth, sensitivity and magical ability of a common potato. An impressive lineage does not equal a powerful and capable Witch, in fact it sometime almost seems to be the opposite. So, belief by itself may not make you a Witch, but then again neither does a supposed proper initiation performed by an experienced coven. It’s really up to the individual to make any kind of initiation a profound and permanent change.

My experience over the decades has shown me that the first initiation degree of my Witchcraft tradition is quite provisional, and that a number of first degree initiates decide at some point to quit their faith, some sooner and some, later. Those who have a real fire in their belly progress to the next degree and take upon themselves a true dedication for the Craft. However, I have known second and even third degree Witches who quit practicing or engaging in their faith after several years. Perhaps the real test is if someone is still practicing after 20 years or more from the time of their initiation. For some reason, individuals who are self-initiated or who are not part of the standard BTW three initiation type tradition seem to have more solidity and steadfastness, perhaps because nothing is given to them and everything they possess was achieved through consistent study and practice.

This brings me back to the snarky article in the Gardnerians blog. I don’t know who wrote this screed or how much experience or knowledge they have, but from the tone and informative content of the article I will have to say that the individual is not particularly knowledgeable about their subject, despite the fact that he or she is an initiate. One the earliest quotes from this article, which caused me to nearly spew my coffee on the video screen, was this particularly juicy statement.

“The sad thing is that these are usually the same people that don’t know that there is one Book of Shadows that is used in Wicca (in forms that vary slightly from coven to coven, dependent on whether you’re a Gardnerian or a Gardnerian-lite, aka Alexandrian, and where you are).”

The comment “one Book of Shadows” has the tone and meaning that it is a holy book where there can only be one, true and authorized version. We have to ask ourselves, is this somehow the “King James” version of the Book of Shadows? Oddly, I get the feeling that the Book of Shadows is being passed off as “sacred writ” when it is only a repository of rituals. Witches are not people of the book! We have no sacred written texts. The mysteries of life and death experienced through nature are our sacred works. The authentic Book of Shadows of the BTW tradition is a spell book that is quite brief, rudimentary, and it is missing quite a lot of information that one would ordinarily find in a book representing the whole praxis of a tradition. Also, it is a fact that the Book of Shadows varies considerably from tradition to tradition (or even from covenstead to convenstead) particularly since it often contains the crib notes, ritual variations and other ancillary rites that a long-practicing coven would need in order to function.

I also found the comment that the Alexandrian tradition of Witchcraft is “Gardnerian Lite” to be quite ridiculous. It’s an obvious sectarian insult that deserves to be called out as such by anyone who happens not to be a Gardnerian. Since many Gardnerians these days seem to be a lot less inclined to work hard-core forms of ritual magick (such as spirit evocations), I might be so bold as to call the Gardnerian tradition “Alexandrian-lite,” but to do so would be just as foolishly inaccurate. If someone is fully engaged with Witchcraft, whatever their tradition, they are not a lightweight compared to anyone else, even if they don't have a so-called prestigious lineage and pedigree.

So, I think that my readers will recognize the droll snarky snark for what it is, and be able to dismiss what this author has said as sectarian, inflammatory and also quite wrong. I have already made my point that being a Gardnerian, Alexandrian, or some other vaunted traditionalist doesn’t automatically confer on one any kind of authenticity.

At the end of this article, the author of this screed declares their final rant against the multitude of non-traditional, solitary and self-initiated (or unwashed non-Gardnerian) Witches, attempting to put them in their place, somewhere far below the august elite of properly prepared and solidly initiated BTW Witches. You can see the quote chosen here, including the all-capital letters that emphasize the shouted message to all who might deem to read it. Unfortunately, that shouted exclamation couldn’t be more wrong!

“Even though spellwork and magic are all about visualization and fiercely reinforcing your visualization with energy and intent [which, I might add, is very narrow definition of magic], THERE IS NO SPELL THAT MAGICALLY INITIATES YOU ALL BY YOURSELF IN YOUR HEAD OR YOUR MOM’S BASEMENT WHILE EVERYONE ELSE IS AT CHURCH. To be initiated, you must be put through the Wiccan initiation rite present in the Book of Shadows.”

What constituted a Witch in antiquity was that she had in her possession a familiar spirit. The rule of thumb was that if a Witch didn’t have a familiar spirit then they probably weren’t much of a Witch. Books from antiquity (such as the PGM) abound with various rituals and techniques to acquire a familiar spirit, which would basically represent the fact that indeed Witches could be made by their own hand employing the art of magic. I believe that this is even more true in the post-modern era. A person, whether by accident or by deliberation, can trigger within themselves a transformative initiation, and that will make them an initiated Witch, if that is their spiritual and magical path. It also doesn’t matter where this event occurs, and yes, it could even occur in someone’s basement.

To be an initiate doesn’t mean that you have to be initiated by a coven using the one and true Book of Shadows’ rite of initiation. So, the author of this article just “jumped the shark” to show us that he or she really doesn’t understand what the word “initiation” means or that the power of magic alone can confer an initiation on someone employing it. This is rather surprising to me because of the supposed face of Gardnerian legitimacy that the author presents to the public.

It is my hope that this Gardnerian author gets a good scourging and a passionate biting lecture by his or her elder. What we don’t need in our diverse community is someone representing a faction of Witchcraft and then spouting falsehoods and sanctimonious venom at the other traditions. It isn’t cute, comical nor even informed. It is just another form of bigotry, which is something that we should have a lot less of, particularly from our own co-religionists.

New Rule #2: If you are going to rant at the public about a particular issue then try to use proper spelling, punctuation, syntax and avoid using all-caps. It’s also a good idea to be certain that what you are ranting about is unequivocally true. Nothing says “stupid” so profoundly as saying something dumb or misspelled while writing it in all-caps.
Posted by Frater.Barrabbas at 5:16 PM