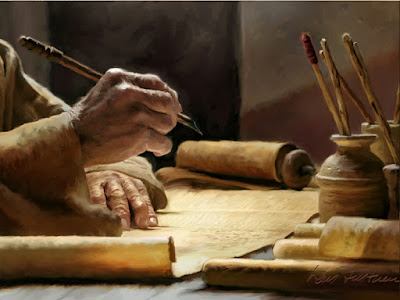 Here we are, nearly at the end of the year and I have posted very few blog articles this autumn. You might be wondering why that is so, since I have been quite prolific in the past. In fact there are quite a few articles already in this blog covering a wide variety of subjects, which is probably what folks are avidly reading. I know this is true because the number of pages-read counter is still moderately high even when I haven’t posted for a while.

Winter is here, although it doesn’t either feel like a full blown Minnesota winter just yet. There is just a dusting of snow on the ground and the weather has been too warm for most of the month. We have gotten rain and a bit of sleet instead of a foot or two of snow. I don’t mind the mild weather, but it certainly puts a damper on the festive spirit that usually accompanies a white Winter Solstice. Parties are starting up this weekend and I have most of next week off from work. I have been working too many hours and not spending enough time on other stuff, unfortunately. There is too much to do in the coming days, both domestically and also magically. Because of my busy schedule much of this work has been left until now to complete.

[Of course, nature loves irony, since before I could post this article the snow has come and winter is now snow-bound, icy and normal.]

What I have been doing with my time outside of my job is writing another book. I submitted the manuscript to Llewellyn on the first day of this month so I wouldn’t have to work on it during the holidays. The irony is that I have to begin the revisions to this manuscript and produce a new version with corrections by February. No good deed goes unpunished, right? The book project is tentatively entitled “Spirit Conjuring For Witches” and my premise for writing it is that Witches and Pagans need to embrace the Spirit Model of magic and become formally engaged with the art of summoning spirits in order to really function like the legendary witches of the past.

Perhaps the most startling proposition that I am promoting is that I believe it is best to have some kind of supernatural intermediary to perform this work. Unlike the popular belief in familiar spirits as animal pets or merely as servitors that perform the will of the witch or magician like some automata, it is my opinion that the spiritual intermediary is actually the self as deity, or the inner deity. Some might call this the higher self. Others might compare or equate this entity with the Holy Guardian angel. However, I see it as the equivalent of the Hindu Atman, the godhead that resides in each and every person. Not everyone will agree with this interpretation, and there are as many opinions as individuals, with only some in solid agreement. This is a counter intuitive perspective, since most practitioners of western magic believe that the lone individual or the small group has the innate power to completely change their destiny - there is no real need for any kind of supernatural assistant, or is there?

What has propelled the art of magic for the last couple of hundred years is the optimistic belief that human nature alone, either by some kind of greater reservoir of psychic power or the undaunted human will, can be the source of miracles and the magical bending of reality to suit one’s interests. However, the existential curse of post-modernism has shown that modern humanity has little or no power, and that the individual can no more change the flux and flow of human destiny than he or she can change the weather. We see our modern history as the product of individual achievement, even though that achievement was more due to fortune and probability than actual individual genius. The world has always been blind and deaf to the anger, heartbreak or entreaties of the individual, but it is the masses either randomly or orchestrated by a cacophony of unforeseen events that moves mountains.

While I tentatively agree with the existential perspective concerning the powerlessness of the individual, I also possess the optimistic viewpoint that each of us contains within us a deity, and that godhead, connected and indivisible as it is with the One, gives everyone the potential to transform themselves and therefore, change the world. Of course this assumes that one can become fully aware of that divinity residing within one. In my opinion it is through that internal divinity that we have the ability to know God in an intimate manner, and to see the world through the “eyes of spirit.” It is through this frame of reference that I wrote my book, and it is what I am promoting as a way for witches and pagans to adopt a more spirit-based model of magic.

As I continue working on this book and pushing it to the more perfected version that will be published, I find that all my assumptions about the components of this process of summoning spirits are thoroughly tested. Writing a book is probably even more of a mechanism for fully learning a subject than just practicing and performing it as a regular discipline. There is nothing that forces a greater degree of objectivity from a teacher or author than attempting to either teach or publish a book about a given topic, since the feedback from such efforts are more valuable than the end-product itself.