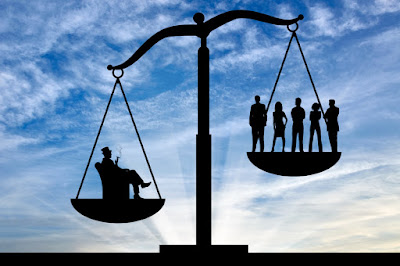 Perhaps one of the oldest types of sorcery in material-based magic is the body of spells and rituals for achieving some kind of economic increase, whether for modest and most needed fortunes or for massive windfalls. Money magic is as old as love spells and curses, and it is often predicated by chance and probability. Those who engage in such forms of magic are typically lower middle class or the poor, but even staunchly middle class folks find themselves working money magic. Usually, a magician seeking a modest monetary increase will focus on strategic changes, such as getting a new job with better pay, taking advantage of opportunities that arise or just trying to bend the probabilities for personal advantage.

These kinds of modest money magic have a greater chance of occurring because they are more probable than purchasing a winning lottery ticket or discovering a massive load of hidden treasure. A magician seeks to acquire the positive charms of good luck and good fortune and thereby eliminate blockages or the downward spiral of misfortune, which some call bad luck. This is what can be expected from successful money magic. It can also be said that self confident individuals are more prone to having good luck than those who lack self confidence. These are the typical victims who seem prone to having misfortune or bad luck, and money magic, properly applied, can greatly aid them.

However, for the middle class magicians or even poor practitioners, there is a limit to what money magic can do for one’s economic situation. Outside of the very rare windfall or “Black Swan” occurrence, nearly all money magic can be compared to fighting a life threatening disease like cancer; whatever successes occur do not reverse the ultimate condition of mortality. This is because the economic system to which we are all engaged is rigged against nearly all of us except for the very wealthy, and that Capitalism has a built-in bias towards oligarchies. That means that whatever good fortune comes to an individual, whether practicing magic to make it happen or not, over time the money will flow away from nearly everyone and accumulate for just a few individuals. The economic system of Capitalism is mathematically set against most of us, and in the end, succeeding generations will have far less opportunities than the previous generations.  Inheritances will diminish and dry up leaving only the oligarchist with any real wealth. That is the reality in today’s market economy, and unless something dramatically changes, it will be our economic fate. Magic cannot either address this situation or in any wise rectify it.

If you think that my pronouncement sounds defeatist and unrealistic then a recent article published in the magazine Scientific American might change your mind. This article was written by Bruce M. Boghosian, who is a noted mathematician. He has worked with the mathematical model called the ‘Extended Yard Sale Model of Asset Exchange’ and has shown that even a completely level playing field where individuals start with the same assets and the transactions that gain or lose money are determined purely by chance, ultimately one individual will acquire all of the assets originally held equally by the members of the experimental set in the beginning of the test. You can find his paper on this model here. Of course, a very simple version of this model is something that many gamers discover when playing Monopoly. Each potential transaction is guided by chance, although players can influence the outcome somewhat by using a form of shrewd judgment. Yet in the end of each game it is mostly chance that determines the winner and often it allows for a different winner each time the game is played, which is why it has been so popular over the decades. The winner ends up accumulating all of the money and assets in the game, unless the other players concede defeat, which has the same result.

Of course, there is no level playing field, transactions of gain and loss are not based on pure chance, and we don’t start out with the same assets. So, the leverage of those who have massive wealth is even greater. This causes the financial model to skew or distort even more to such an extent that inequality accelerates. Where the ability for the masses to attain some degree of economic mobility dwindles as more individuals possess smaller shares of capital compared to the wealthy few. This is how this system works today, and it has worked in this manner ever since people began the economic game of bartering and selling. There are always winners and losers over time, and most of the players ultimately lose to a small group or even a single individual. Capitalism, unimpaired by any other mechanism for control and redistribution, will ultimately create oligarchies.

I won’t go into the details of Mr. Boghosian’s article, but his basic premise that economic inequality is inevitable, particularly if the economic system has built in biases that would give advantage to those who already have substantial wealth, with tax breaks, tax havens, credit opportunities, political contacts and laws that specifically favor them, is correct. It is interesting to note that the current inequality in our nation began to increase rapidly during the Reagan presidency and that despite certain attempts by Democratic presidents, such as Clinton and Obama, the pace of inequality has increased.

Republicans are probably mostly to blame for the legislation and tax breaks that have helped economic inequality explode over the past three decades, but they are not the only party that has done the bidding of the rich and powerful. This why we need the federal government to intervene in our current crisis of inequality and make some changes to our unequal system of taxation, and to put into place mechanisms for the redistribution of wealth. We also need to remove the advantages and influences that wealthy patrons have placed on the government, where the donor class is able to have undue influence on the politicians at all levels of the local, state and federal bureaucracy.

Perhaps the greatest magic that magicians could undertake would be to help nearly everyone who isn’t part of the 1% richest in the nation and project their magic into influencing politicians to roll back the laws aiding inequality by instituting a wealth tax, higher capital gains taxes, higher income taxes on the very upper strata of income, and to put into place a universal basic income commensurate with individual wealth and income.

Could you imagine what it would be like if most of the people in the country had a guaranteed basic income that would cover the basic needs of life? Having a job would be voluntary, and there could be many more artists, poets, community organizers, teachers, home healthcare providers and people just helping other people without having to worry about being financially self-sufficient. This nation would change dramatically overnight, and I believe this change would be positive, constructive, and it would alleviate the stresses of poverty and overwork. I could even imagine some people turning their hand to studying and practicing magic full time without ever having to perform money magic.

Since I have had to put my retirement on hold because I need the income and I am not yet ready to let those opportunities go, I have spent far more time working my day job than working magic, reading occult books, writing and researching. I do a lot more work that gives me less joy and happiness than having a well rounded life consisting of friends, family, a social life, and just plain having fun. Instead, I am working week after week and on many weekends, wistfully dreaming about what I could do with my time if I didn’t have to ceaselessly work in the corporate world to earn my bread and board.

So, if we want to work money magic and make a real change not only for ourselves but for all of the middle class and poor then lets work magic together to cause a class based economic revolution. There are more of us than the wealthy oligarchs, so all we need to do is to vote and to voice our demands in a powerful and peaceful manner. Like Martin Luther King or Mahatma Gandhi, we can change our world if we unite in solidarity and demand a better and fairer out come to our lives. Because if we don’t unite and force the government to change the economic system imposed on us and give us a level playing field then we will become the new servant class, and no amount of magic will save any of us from that fate.