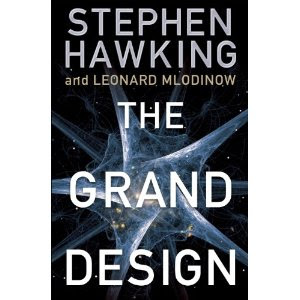 A few days ago (Sept 11), while plugging his latest book, “The Grand Design,” Stephen Hawking said some pretty interesting things. While being interviewed on CNN by Larry King, the aging scientist said: “God may exist, but science can explain the universe without the need for a creator.” He also said: “Gravity and quantum theory cause universes to be created spontaneously out of nothing.” This was followed up with a final pronouncement, “Science is increasingly answering questions that used to be the province of religion. The scientific account is complete. Theology is unnecessary.” You can find the interview here.

I am quite certain that his pronouncements on Larry King Live have been the topic of furious condemnation and outrage in some religious circles, particularly the more conservative and inherently inflexible ones. Some may become outraged at this seemingly arrogant approbation of thought by science versus religion, others may be somewhat dismayed. I, on the other hand, was neither disturbed nor troubled by this pronouncement. I nodded my head in tacit agreement, realizing that science has a powerful and compelling argument for the origin of the universe, and for life on this planet.

You can read what some of the more harsh pundits are saying in response to what Stephen Hawking announced here, here and here. I have placed these links from the sublime to the crass, so that my readers will be aware of the spectrum of criticism unleashed by Mr. Hawking’s comments.

Some may consider that whatever scientists say is merely theoretical and not factual, nevertheless, most scientific theories gather a considerable sustaining corollary of ancillary proof and verification, or they are dropped for better theories or explanations. For instance, some may say that Evolution is just a theory and not a fact, yet this shows that they completely misunderstand the nature of a scientific theory.

One of the more brilliant things stated by Ken Wilber in his copious writings (for instance, see “A Theory of Everything”, ch. 4 - Science and Religion) is that science is preeminently good at determining the nature of physical reality – from the most minute level of subatomic particles and super strings to the clustering of meta-galaxies, and everything in between. Scientists have the power to effectively define and explain the world of material things. That is the true scope of their knowledge, and also its limitation. Science can’t explain the “why” and the “wherefore” of things, nor can it explain the nature of the human spirit and the world in which that spirit resides. What we have here is a boundary that divides the physical world from the spiritual world, a boundary in which human beings straddle, since they are a product of the tight integration of matter and spirit. However, that boundary is simply a matter of perspective or perception, since human beings and much of the life on this planet share in the integration of spirit and matter, as does all life throughout the multiverse.

If I may quote Wilber, where he rightly shows the kind of balanced perspective between religion and science that ought to be the centerpiece of a modern and flexible world view for the typical occultist, I believe that his words may bolster my opinions.

“Likewise, with science, we need to distinguish between a narrow and broad conception. Narrow science is based mostly on the exterior, physical, sensorimotor world. It is what we usually think of as the ‘hard sciences,’ such as physics, chemistry, and biology.”

“[T]hese types of broader sciences..we call them the ‘human sciences’..[such as] psychology, sociology, anthropology, linguistics, semiotics, the cognitive sciences – all of these ‘broad’ sciences attempt to use a generally ‘scientific’ approach to the study of human consciousness.”
(See “A Theory of Everything,” p. 73 - 74)

As you can see, what we have here is a differentiation between narrow and broad, religion and science. Also, most of the controversy is between narrow science and narrow religion, which should be expected. Still, there is a way to bridge these different perspectives and come to a holistic and unified viewpoint.

What Stephen Hawking has said is nothing less than science claiming an exclusive right to the description of the nature of all physical matter in its various forms, and the phenomena of cosmos, its origin and final dissolution. Religion has filled this gap of explaining how things in the material world came to be for nearly the entire known history of the human race, and perhaps even longer. We must understand this mythic creation of the cosmos as an important and meaningful allegory, but not as a literal fact. This is the correct apprehension of the role that religion plays in understanding the universe and our place within it. A critical evaluation and appreciation of both science and religion requires knowing that each serves an important function in the human experience, and that one should not overlap or attempt to determine the facts or beliefs of the other.

What that means is that science and religion approach the human experience from two completely different perspectives, and that when correctly understood, they neither contradict or negate each other. Of course, this assumes that we understand religion and its teachings as representing the human perspective pertaining to values, and also personal and collective meaning. Science can’t answer the question, “What is the meaning of life,” either for the individual or the whole of humanity, in fact it doesn’t even attempt to do so.

Correspondingly, religion should not attempt to explain how the material universe and all that is in it came to be. In religion, cosmology, creation and the end times must be seen as being completely allegory. Individuals and groups who perceive religious scriptures as a literal truth neither understand their true meaning, or for that matter, what they are attempting to explain. In other words, those who believe in the literal truth of religious doctrines are terribly confused.

In the post modern world some of us are afflicted with the desire to have everything explained in a simple and neat fashion, thus making the world equally simple to understand. According to the Bible, the world and everything in it was created by God in six days. Nothing evolved or changed unless God willed it so - and nearly all species of animals that ever existed in our world were created as they appear today (if they aren’t already exinct). This is much more palatable to a devoutly religious human being than accepting what science says, that life evolved from the lowest forms to the highest, and that the occurrence of life on this planet was determined by random factors and chance.

Still, the theories of science in regards to evolution and cosmology, although not yet complete and totally understood, are validated by an insurmountable mountain of data. That data grows and expands every year, and new discoveries and disciplines only seem to validate the theories that they support even more. To argue against them is completely ridiculous, particularly when all it takes is for a religiously devout person to understand that their beliefs are based upon powerful and meaningful allegories, which give personal and collective meaning to human life on this planet. Science and religion don’t talk about the same subjects and don’t share the same perspectives, so they can’t ever contradict each other. If they do, then one is misinterpreting either one or the other.

The term “God” also has different meanings whether one is referring to how most scientists view this being, or how religious authorities view it. Michio Kaku, in his wonderful book “Hyperspace” devoted a couple of chapters to the role that God could play in the creation of the universe. Yet in a couple of sentences he seemed to highlight the whole difference between how science and religion define God. I will quote some passages from this book here, because I found that what he wrote was so striking and relevant.

“It is sometimes helpful to differentiate between the God of miracles and the God of Order.”

“When scientists use the word God, they usually mean the God of Order.”

“Most scientists, it is safe to say, believe that there is some form of cosmic Order in the universe. However, to the nonscientist, the word God almost universally refers to the God of Miracles, and this is the source of miscommunication between scientists and nonscientists. The God of Miracles intervenes in our affairs, performs miracles, destroys wicked cities, smites enemy armies, drowns the Pharoah’s troops, and avenges the pure and noble.”

“If scientists and nonscientists fail to communicate with each other over religious questions, it is because they are talking past each other, referring to entirely different Gods.”
(“Hyperspace”, p. 330 - 331)

As you can see by what Michio Kaku has said, scientists are not generally atheists, instead they see the physical universe from a different perspective. It’s not that scientists don’t believe in miracles, it’s just that miracles are typically outside of the purview of science. The universal order that Mr. Kaku is talking about is profoundly elegant and is even magnificently represented in the mathematics that is used to promote these theories, whether for Cosmology or Quantum Mechanics. Yet science is only concerned with what is observable, measurable and repeatable – the other domains that reside in the full spectrum of human experience have been freed to determine their own values and worth. Scientists can’t appropriate what is not empirically available to them.

Even if, by chance, science eventually learns to quantify the human soul in terms of brain chemistry or random neuron firings, they will still be unable to determine human values and establish the beliefs and sentiments of personal and collective meaning. Religion still has an important and powerful role to play in helping people to live together in peace, and to ultimately advance and evolve the collective conscious minds of the human race. Science can play no role in evolving the minds and collective sentiments of people – that is the proper place for religion to occupy in the sphere of human existence.

Therefore, religious systems that promote social understanding, spiritual tolerance, compassion for all living things in this world, as well as the systematic conscious evolution of the human race are truly representative of the religious wave of the future. Other religious systems that promote sectarianism or beliefs and actions that are contrary to these goals, and would thus cause people to relapse into regressive states, should be perceived as inimical to the collective human race.

It is my hope that such regressive spiritual perspectives, analogous to those practiced in highly sectarian or fundamentalist religious organizations, will ultimately die out and be replaced by more esoteric, occultic and progressive belief systems. Otherwise, I greatly fear what the future holds for the entire planet, and the human race as a whole. We have a few decades or maybe even a century to change, hopefully that is enough time.

Therefore, I believe that what Stephan Hawking has said is not only appropriate and correct, but should become the cornerstone of all occultists and followers of the various esoteric spiritual systems. Science and religion are bookends that harmoniously and elegantly bracket the whole of the human experience.

By the way, Michio Kaku, in his book “Hyperspace,” which was published back in 1995, agrees wholly with what Stephen Hawking has recently announced on TV. You can read his opinions on page 192, in the sub chapter “Proofs for the Existence of God.”
Frater Barrabbas
Posted by Frater.Barrabbas at 2:49 PM