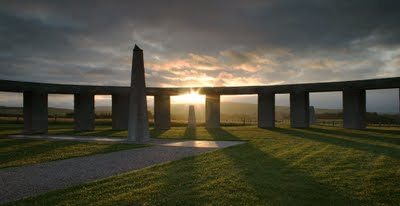 According to the calendar, the 21st of June will be the first day of summer, which is kind of silly even way up here in the tundra of Minnesota. We have had summer-like weather since the end of May, but summer officially starts on Tuesday, when the sun enters the sign of Cancer. However, pagans have referred to this date as Midsummer, and this evening is known as the famous Midsummer’s eve, for those who are fans of William Shakespeare. I can almost hear Puck saying to his comrades, “What fools these mortals be?”

Whether it’s the first day of summer, or midsummer, there seems to be something incongruous about the calendar and what’s happening outdoors in regards to the weather. This incongruity becomes more apparent if you happen to live in the higher latitudes in either the northern or southern hemisphere of the globe, such as I do. Even though most of the witchcraft traditions have adopted the wheel of the year with its eight Sabbats, I personally believe that the four quarter date celebrations (equinoxes and solstices) and the cross-quarter date celebrations (Imbolg, Beltaine, Lugnasad and Samhain) don’t belong together. The reason why has to do with the problem of the seasonal weather and vegetation vs. the actual solar positions. We might be about to celebrate midsummer, or the first day of summer, but for us, the growing season started the first week of June. For others who live in the southern parts of the country, the growing season started almost a month earlier. So it would seem that the date is neither midsummer nor the first day of summer, but something altogether different.

Solstices have been marked and celebrated by ancient people perhaps even before the advent of the Neolithic era. Megalithic sites (such as Stonehenge and Avesbury) and ancient earthworks around the world seem to have been built with an ability to signify in some manner when these events exactly occurred, representing a certain uncanny knowledge of the seasons and their association with the shifting plane of the solar ecliptic. Later on, the equinoxes were also marked and measured, making these the annual four great celebrations. We modern pagans have continued this tradition, although we have added four more cross-quarter celebrations, which likely have no actual ancient provenance of being considered distinctly from the four solar celebrations; they were likely Celtic extensions of them.
Some years ago, as a way of rebelling against the obvious erroneous habit of putting all of the Sabbats together in one basket, as it were, and calling it the “Wheel of the Year,” I decided to break out the quarter celebrations from the cross-quarter ones and look at them as a distinct cycle with their own myths. So instead of having one wheel, I now have two, which are slightly off center from each other. What this means is that the Equinoxes and Solstices represent the annual solar cycle, and the four cross-quarter Sabbats represent the vegetative seasonal changes. Therefore, when the Vernal Equinox occurs around March 21st, we know that even though it looks like winter outside, from a solar perspective, the days are growing longer and that spring is on the way. By the advent of Beltain, we can see nature catch up and start showing signs of spring, although it has been known to snow up here as late as early May. This same logic applies to the Autumn Equinox, which often still seems warm, even though the leaves have already begun to turn color in the early part of September. However, by Samhain, autumn is most definitely evident, and in fact, the snow pack will begin to accumulate by or after Thanksgiving. The winter and summer solstices may mark the apex of the solar disposition (either waxing or waning in regards to duration of sunlight), but the mid points of those seasons are better represented by the celebrations of Imbolg (February 1) and Lugnasad (August 1).

For the reasons stated above, I decided some years ago to work with two distinct wheels of the year, one Solar and the other Seasonal/Vegetative. I have pulled the myths associated with the wheel of the year into two different wheels, and have found the end result to be sensible and logical. There is the cycle of light and darkness, and there is the cycle of life and death. They may be related, of course, but they operate at a different schedule, especially up here.

Perhaps this is just a minor adjustment, or to some, it might be a big deal messing with one’s tradition, but I believe that it helps me not only work with these seasonal celebrations, but also to be able to teach them to others. In adopting this double theme, I am able to make complete sense to my students when I tell them about it, and it’s also easier to remember. As a practitioner of ritual magick and a pagan witch, I have found the eight Sabbats to be very useful, mystical and magickal events that act as seasonal milestones, forcing me to pay attention to the earth and what is happening in it. I have found that often one can be distracted by life’s many tasks and crises, but it is very important to periodically re-focus on the earth itself, which helps one gain a more balanced perspective. There are also the mythic themes and their underlying mysteries for these Sabbats, but I will leave that for a future article.
Bright Blessings -