Madness of Kenneth Grant, Evils of Choronzon and the Filthy Qliphoth 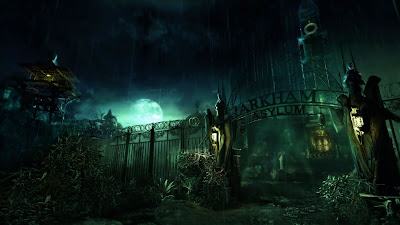 Just recently a reader posted a comment to an article that I wrote some time ago about the Qliphoth, Kenneth Grant and other similar topics. You can find that article and its associated comments here. This reader, who goes under the title of “Magic In Music,” seems to have a real aversion to things having to do with Goetic spirits, Kenneth Grant, the Qliphoth, and anything involving the left hand path. He claims to be a Thelemite, but most Thelemites I know are actually quite sympathetic to the left hand path, if not in fact practitioners of this tradition.

Here’s what Magic In Music had to say about my article.

“It's fine to use Grant as a reference for all this stuff until you realise [sic] and understand that he was mad as a hatter. Why was he mad as a hatter? because he had fallen in the abyss and become prey to ‘CHORONZON’.

Why anyone wants to mess with this filth is beyond me. The qliphoth need to be addressed, certainly, but not raised up as ideals and gods. They are the false parts of self that a Thelemite works to liberate themselves from, not to worship.

Insanity and death follow the adept who toys with the qliphoth unprepared. Be warned!”

Now I can understand this perspective, since it was one that I also believed in a while back. I had some concerns with the publication of a useable version of the Grimoirium Verum and also found it troublesome because it required a blood link with a demonic ambassador. However, over time I found that some of my own practices were very much steeped in the left hand path and that I also, as witch, had connections with Deities that would be considered at the very least chthonic, and at worst, diabolical. I could hardly criticize what one group of Goetic magicians were doing when I was heavily involved with the fallen angels of the Nephilim. I had behaved as an unwitting hypocrite, even though my intentions were good. It took a close personal friend, who also happened to be an initiate of Palo Mayombe, to really set me straight.

Spirits are, after all, just spirits, and each is unique. Some spirits are volatile (hot) while others are quite stable and consistent (cool), and this variation can be found whether the spirit in question is a supposed angel or demon. Also, in the world of the Spirit, which is an extension of the domain of the One, all spirits are beyond the polarity of good and evil since they must, by definition, be ultimately aligned to the One. This is an important rule to consider whenever thinking about supposed evil demons and good angels. That perspective might be appropriate to a Christian mythic belief system, but it fails completely when one actually seeks to deal with spirits in an objective manner. What this does is put to the question the whole foundation of the tradition of grimoire magic. If you aren’t a Christian who believes in the spiritual polarity of good and evil, then the descriptions and qualities associated with lists of demons found in grimoires are completely useless.

Perhaps one of the most difficult things that confronts any occultist/magician is learning to de-Christianize the myths and beliefs that accompany the path of darkness and the underworld, and realize that it is just Christian based propaganda. It’s OK to believe in a polarized world of good and evil if you happen to be a Christian, but if you are a Pagan, Witch, or even a Thelemite, then such mythic world views present quite a problem to achieving anything like a balanced and objective view of the spiritual world. While this holds true for Goetic demons, it also holds true for the supposed Qliphoth. Once again it depends on your religious perspective. If you are a fundamentalist Christian who sees the world as battle ground between good and evil supernatural forces, then demons and the Qliphoth would be operationally defined as a source of evil in the world. This, of course, would also be true if the student were an orthodox Jew or a pious follower of Islam. Even so, it boggles my mind why any pious and orthodox adherent of a monotheistic faith would ever traffic with forces and sources of evil.

How something is evaluated depends on the perspective of the occultist or magician. Based on that assumption, here’s what I actually said in my blog about the Qliphoth. Notice that it is speculative, but also based on some practical experience.

“The Qliphoth could simply be the outer shell or husk of the corresponding Sephiroth, and in actuality, it would function more like a socket or the bottom foundation of a specific Sephirah. In other words, the Qliphoth are the backside or unconscious dimensions of the Sephirotic Tree of Life. I believe that Kenneth Grant was the first to propose this interpretation in print, even though Michael Bertiaux has insisted that he first proposed it as a part of the deep esoteric qabbalistic descriptions in his traditional lore (Monastery of the Seven Rays).”

So, it would seem that according to my perspective, the Qliphoth and the Sephiroth are indelibly fused together, with the Qliphoth functioning as the chthonic or backside of the Sephiroth. They can’t really be separated, but the Qliphoth can be experienced if the magician uses either the portal of Daath or the portal of Malkuth. These portals open the magician up to what could be called the psychic and spiritual underworld, a place where the mysteries are realized, all potentials are to be found and transformative trials to be undergone. It is the place where the dead reside as well as important ancestors (both genetic and spiritual) as well as the host of earth-based spirits, hidden treasures, daimons and many other amazing and mythological creatures. Witches and pagans should be comfortable with this domain since their magic circles open up into it, and all initiations supposedly take place within it. To regard this domain as a place of filth, evil, madness and danger should be seen as quite strange for any magician not affiliated with the most polarized spiritual viewpoint.

If Choronzon is a great devil, then like all devils, he (or she) resides in the underworld, dispensing trials of initiation as well as teaching us the greater lessons of life through pain and pleasure, just like all so-called infernal spirits. Also, if any magician endeavors to realize the highest levels of spiritual and magical achievement (which is the ascension to the realization of the God/dess Within), then he or she must pass through the Greater Abyss and its associated underworld. This is not a process that is instantaneous, instead it takes many years and forces the candidate to undergo the greater cyclic trials of light and darkness many times over. Some may succumb to delusion or despair, while others are empowered and attain full self-mastery. Still, the greater lesson is the integration of light and darkness into a wholeness, the One within each of us. To achieve self-mastery, we don’t either cut away parts of ourselves nor do we have to overcome those parts of us that are deemed bad. Instead, we embrace all aspects of ourselves to become whole and complete, and that is accomplished by the greater power of spiritual love, especially the love of and for our internal deities. 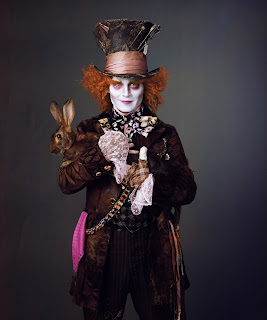 Now that we have discussed these not so simple occult based facts, can we really consider Kenneth Grant to be “mad as a hatter?” Is it true that anyone who traffics with Goetic demons, the underworld of the Greater Abyss or the Qliphoth will become insane or dead? A friend of mine once said that in order for occult or magical practices to make one mad, one would have to be either mad already or at least borderline crazy. Magic can produce illusions and delusions, but it takes a real physical change in one’s brain chemistry to suddenly go insane. It’s an easy thing to say, “Don’t mess around with evil spirits or you will go crazy,” but it hardly seems more than just a bit of Christian propaganda.

Was Kenneth Grant certifiably insane? I really and truly doubt it, and in fact I would consider this judgement to be completely erroneous. Perhaps even laughably silly. Whether you like Grant’s writings or hate them, he knew what he was doing and he wrote books to bring back a balance between the left hand and right hand occult paths. (For that fact alone we can forgive him of his excesses and exaggerations.) Both the left hand and the right hand paths are legitimate paths for self-realization, personal empowerment and ultimate union with the One. All magic is ultimately a sacred art form, regardless of whether the magician is working with powers and energy forms, simple formulas, angels, earth-based spirits, pagan deities, monotheistic godhead attributions, or Goetic demons. Even a negative magical intent doesn’t detract from the fact that all magic is sacred, regardless of its use. It is also true to say that all magic is inherently neutral, and that it is the actual intention and directive of the magician that lends it an ethical consideration.

Of course, don’t take my word for this open minded perspective. You can find the same opinion in the writings of Eric Koetting, an actual representative of the left hand path. Here is a short article that he wrote to fight back against what he considers the overarching and absolutist opinions of the Christian society that we live in. You can find it here.

Finally, in looking over Magic In Music’s blog it would seem that he has an issue with anything tainted by the left hand path. He tends to focus on modern music (such as the group Tool, who I consider to be quite an excellent occult rock band) and also some elements in culture. Yet he often talks about these topics with an obvious bias. I feel that this is kind of sad because he is otherwise very shrewd and well informed, but it unfortunately represents the common exoteric urban occult perspective that is overly simplistic and quite naive. My hope is that Magic In Music will be able to open his mind over time and see that the left hand occult path is legitimate and even progressive, just like the right hand path. We who either fully follow the left hand path or who are immersed into it because of our traditions are neither mad, endangered or dangerous to others. No one ever stays the same and opinions do change over time, and I am a good representation of how one can change over time. Maybe Magic In Music will see the error of his ways and modify them.