Toward Self-Mastery - Future Path of Witchcraft 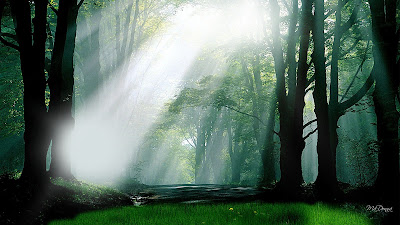 Recently, I wrote an article entitled “Of Shadows and Darkness - Future Path of Witchcraft” and it got quite a bit of attention. In case you missed the article, you can find it here. Despite the length and detail of that article, I was just warming up to my subject. This is because the next part of this article has to discuss where this path leads and what are its goals and purpose. So, in this article I will attempt to briefly talk about the revelation of this path, what it means, why it is important, and where it ultimately will lead those who follow it.


To begin this article, let us review what one of my readers said regarding what I had stated in my article. She goes by the moniker of “Anna Munda at Enchanted Body” and she asked what I consider to be the most crucial question of all, which I am quoting here.

“A question: what does all of this get a person, in the end? When you've consorted with all the goetic spirits and the dark, chthonic spirits of the Underworld, and mined those mysteries, and conjured all the conjurations ... where does it leave one? I'd say, material riches and [longevity], but I'm not seeing a lot of long-living, rich shamans or witches of any stripe. (In fact, often the opposite.) Worldly power? Illuminati rumors notwithstanding, worldly power deals seem driven more by the boardroom and the backroom than the underworld.

Peace of mind? Feeling at one with all creation? Certainty of one's place in the scheme of things? The ability to have deeper, sweeter and more meaningful relationships?

I mean, it all sounds very sexy, but what's the point?”

The another reader, whose moniker is “YowYow” posted another question, which I feel is equally valid. I will also quote it in full.

“Having read Marlowe's version of Dr. Fautus, what would having access to all this knowledge do for others? As you remember, all Dr. Fautus did with his knowledge and power was conjure grapes for a princess.

At the same time, do I want to interfere with the world? As I travel my little path, I often wonder if I should butt in. I see the necessity of the slowness of change in society. The in-fighting and compromises made on a short-term and long-term basis enables a stronger foundation to be built through the development of alliances rather than tyranny.

And what of my attitude. I'm more of a dilettante rather than devotee. I've spent many decades at this stage. But the unicorns and wizards costumes have become trite and childish. Where were I fit in this new cosmic world?”

My friend Jack Von Faust responded to these questions in his own way, and you can look over the article and the comments and read them all if you wish. I want to focus on a few things that can quickly answer these questions and allow my readers to more concisely understand what I was getting at when I wrote that article.

First of all, the supposition that I stated in my article is that all true transformative initiations occur in the underworld. That means that any spiritual change or evolution that an individual might achieve is done so through a dark process of doubt, fear, dissolution and then, reconstitution and psychic rebirth. For the mystic, this is the dark night of the soul, and for the magician, it is the challenge of dealing and integrating with the dark image of the self. Without this process of total and complete transformation, there can be no deep kinds of changes needed to truly grow in a spiritual manner. Without transformation, then only translation occurs, which is just a surface change. If we are not truly challenged to the core of our being, then we remain in a kind of stasis where mediocrity prevails.

Secondly, there is always the feature of self-discovery that occurs during transformation, and that can assist us in knowing the God/dess Within, also known as the Higher Self or the Atman. The reason why such a discovery is important is because it reveals the path of ascension. This is because the underworld contains and also hides the gateway to ascension, and specifically, the portal whereby we might realize ourselves as gods. Yet without the powerful challenge of having to periodically re-invent ourselves, such a gateway will remain unknown and unknowable. It would seem that we cannot obtain ascension towards union with the One without first undergoing a profound series of internal transformations. I might also add that the place of transformation is the underworld - our collective psychic place of death and darkness, but also light and rebirth.

Thirdly, while the potential for material gain resides in the underworld, so does the potential for any kind of achievement whatsoever. In the material world proper we are faced with an immediate inertia, and then due to entropy, all things succumb to dissolution, death, and a return to their basic elements. Great civilizations fall into decay, buildings and statues crumble into dust, and inexorable powers of the wind, rain and sunlight, erase all traces that anything ever existed. What does remain, however, are the fragments of that psychic life process and the core spirit that sheathed them. Yet only that core spirit actually lasts forever, since it is immortal and immutable - that is where we should focus our efforts.

The cycles of fortune occur regardless of what we do or how we act in our short lives, and afterwards, our achievements fade away. We might be able to bend the probabilities of our lives to affect a slightly different outcome, but that is the best that can be done on the material plane. Those who are dedicated to gaining the greater share of the world’s material fortune have little time for anything else in their lives, and certainly, a serious undertaking such as sorcery would not likely be one of them. Those who take up the challenge of pagan magic and sorcery must precariously balance between these two worlds, with an emphasis on the domain of spirit to ensure a more profitable outcome in the arena of magick. Such individuals will half-heartedly seek out their material fortunes, while eagerly pursuing their magical muses into the nether realms of magic and mystery. Therefore, those who are proficient in magic are likely to be only moderately successful in the material world.

Even as the underworld contains the potential for any possible change, those who are able to travel into that world seldom take the path to acquire great wealth and power. This is because to change themselves into a wealthy and powerful man or woman would also have the effect of short-circuiting the entire process of the path of sorcery, and nullify one’s ability to gain entrance into the domain of the underworld. These two pursuits are diametrically opposed because one focuses on the inward and unseen world, and the other is focused exclusively on the material world. In my life experience so far I haven’t met anyone who is both a highly successful businessman who has built up a wealthy estate with his or her own hands and who is also a great magician.

How this typically works out in life is that someone who is born into wealth (and who doesn’t have any desire to acquire more) applies themselves to the exclusive study of the occult and magick. Some would classify this as a decadent path of slow dissolution itself. I have met and known individuals who fit this model, and Aleister Crowley, as a supreme example, comes to mind, as well as others. Still, it would seem that being an empire builder and a competent magician might actually be mutually exclusive. Thus the riches and wealth to be found in the underworld only allows the successful sorcerer to live a materially modest and comfortable middle-class existence, often with little influence or social power.

What then is the whole purpose for engaging in the forces and spiritual entities that reside in the underworld if it is not to materially enrich oneself? The purpose is to gain a special kind of spiritual knowledge, called “gnosis,” and this knowledge helps the magician to discover the path of ascension, and therein, to ultimately become a god. This is not a material process. It is a mental and spiritual process whose outward manifestation is enlightenment and at-one-ment with the Absolute Spirit. Enlightenment and union with the One is the ultimate purpose of both magick and mysticism; but they each take a completely different path to achieve that end. What I am saying is that without the powerful transformations that occur exclusively in the dark domain of the underworld, both the mystic and magician will fail to achieve this goal.

The state of enlightenment does one thing besides giving those who achieve it an inner core of imperturbability, insight into the problems of life, compassion for all, joy, bliss and an overall powerfully attuned psychic sensibility. It allows one the ability to understand the meaning of their life. It gives purpose, direction and certainty to the process that one is following. It also gives one knowledge of what comes after that final transition of death, since to be enlightened means that one is connected to that imperishable spiritual source residing in the core of one’s being. We all live and die regardless of our allotment of material wealth and power in this world or our achievements, but to have that kind of knowledge and awareness eliminates the fear of death and also the fear of not knowing what comes after when our life is finally extinguished. This is, in word, a form of psychic and spiritual immortality that one can acquire and realize in this life, living in the ever changing material world. I can’t think of a more powerful and eminent place to reside than to live in this state, and it is therefore, my ultimate objective.

Therefore, I say to Anna and YowYow, to gain a form of psychic and spiritual immortality and to be conscious of it is a profound and great achievement. I don’t believe that such a state is guaranteed to everyone simply because they are born with a mind, body and a spirit. To engage that spiritual essence that resides within us is a very difficult and nearly impossible feat, but to achieve that state is to pass through death and into a greater conscious life alive within the spirit that is a seamless facet of the One. It is, in a word, to complete the archetypal process of involution and evolution, and that is the nature of the Great Work, in my opinion. For those who believe in reincarnation, it is where the constant cycle of rebirth is nullified, and where the self and the spirit finally become one with the One.

After reading this article, my readers will no doubt understand that this is very much a monistic perspective of magic, paganism and witchcraft, and that some (if not many) will not share my perspective. I will attempt to write about how a monistic perspective is not only essential, but it is a natural evolution of the belief in a pantheon and a plethora of Gods and Goddesses. Still, I will write about this and other topics in future articles that will appear in this blog.