Invocation of the Spirits of the Nephilim part 4 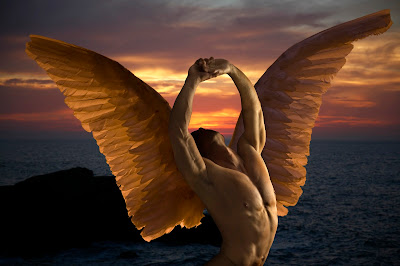 This is part four of a series of articles that will demonstrate the results that I encountered many years ago when I sought to invoke and contact the spirits of the Nephilim, namely the four greater chiefs of that body. I use the term Nephilim to describe the fallen angels of the Sons of God who came down to earth to mate with the “daughters of men” as well as their offspring, who were considered giants (men or women of renown). From these spirits I received a body of lore and a perspective on Enochian magick that is completely unprecedented. I would like to share with my readers some of the lore that I received from these entities and to demonstrate that the Nephilim are indeed highly important to the Enochian system of magick. I will follow up the third article with a fourth that will reveal the results of the invocation of Turiel.

Notes from the Invocation of Turiel

This invocation was mysterious as it was brief, since the manifestation of Turiel was very subtle and little verbal information was received. It was performed on November 28, 1992. However, the effect of the rite produced a number of bodily sensations (but none of them were uncomfortable) that precipitated a deep fugue state consisting of personal reflection and self insight. This invocation was experienced at a very deep internal level, and will produce more insights and ideas that will surface at undetermined intervals (weeks, months, or perhaps even years) after the initial working. The notes below represents the essence of what was communicated to me by the spirit. However, that communication was not verbal, but related in dreams, sensations and insights.

A Question of Balance and Magical Partnership

The true alignment to the gods, its mysteries and secrets, lay within the essence of the joining of a priestess and a priest. It can’t be discovered without first having a partner. Yet to you is given all of the hints and important elements, the ritual patterns and information necessary to reveal the secret knowledge. What mystery remains to be discovered is how to cultivate a suitable partner, and this, too, will be known in time.

An important question (and not to be omitted) is whether she will want to work the magickal and liturgical rites with you. Will she assist you in your spiritual and magical quest? During the times when the spirit of your magical genius is upon you, only those who agree to work these newly constructed rites will ultimately be relevant. The rest will all fall away as if they were illusions instead of real people. This represents a great test for any woman who would seek your favor. It is a challenge to be undertaken or discarded, and if it is undertaken, then it must be sustainable. A failure of either type (discarding a challenge or giving it up after a short duration) signifies an obvious unworthiness and incompatibility - with no blame to any parties. Know this, and more importantly, understand it. The times of great power shall conjure a partner (or not), yet beware of other times when distractions shall take you off of your spiritual and magical course. Don’t trust or believe in flattery or false promises, since these are motivated by delusion and fantasy. Only actions count in these situations, and observable long term commitments, the rest is just empty words. (Remember this lesson well in the future years, or you shall discover the bitterness and unhappiness of having a bad relationship with a woman.)

[This seemed to be a warning to me, but it actually had a greater subtlety than I realized. It really goes both ways, which is the importance of finding a committed partner and also giving her the space and respect for her to find her own voice in her role within the work. The fact that I was not able to secure such a relationship until many years later was perhaps a testament to the fact that I didn’t understand or fully realize this warning.]

Once these two conditions are met, then the third test is whether you will choose her, and thereby take the initiative. The time of establishing a working partner is thus established. The union must be both physical and spiritual in order to be fulfilling on all levels of your being. This is what you should seek for in your hunt for a mate, all other avenues are illusory.

The invocation of Turiel was begun during the hour of Jupiter, when the Moon was in the Sign of Aquarius, two days before the First Quarter, on Saturday, November 28, 1992. The rite began at 10:40 PM EST, and was completed at 1:48 AM, the next day. The exteriorization occurred (via the solar gate) at Tuesday evening, on December 1.