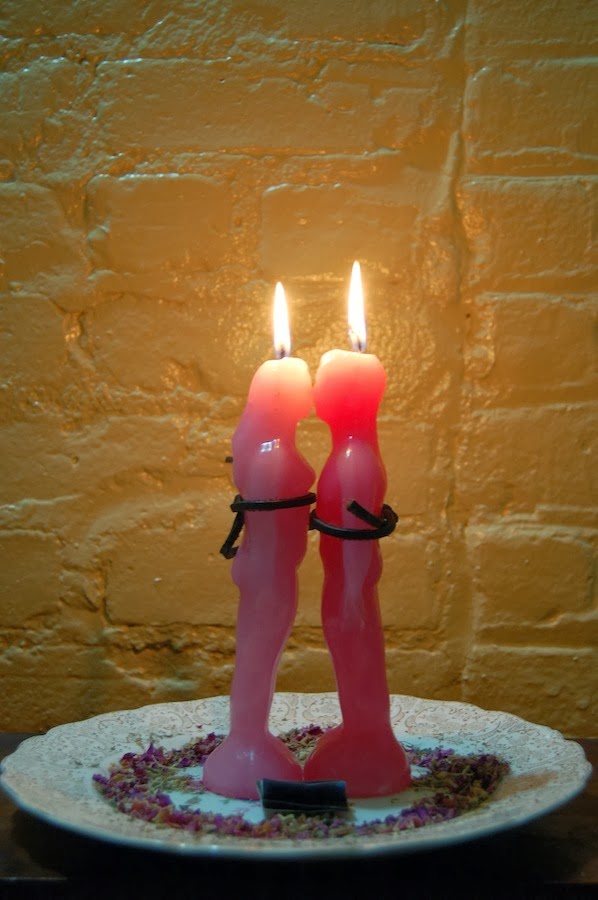 Here is a topic that I often get people asking me questions about, and I am usually reluctant to discuss it. Since this topic is so often asked, I have decided to weigh in and give my readers my perspective on this kind of magic.

Love magic is typically considered one of the main elements of “low magic,” right up there in importance to money magic, magical healing and magical retaliation, or getting justice through backhanded mechanisms. I don’t usually write about love magic because I have found it to be not particularly useful or efficacious, particularly if it is targeted on a specific person. My opinion is essentially that if you want to really mess up a potential relationship possibility, then by all means, use love magic on your desired target. Of course, there are ethical considerations as to whether or not you are justified in performing such magic, but I have found that those who do it are so obsessed with their targets that such considerations don’t even register.

In my opinion, projecting your will upon another and dressing it up with spirits, energy, sigils, dolls, pictures, ancestors and even some hoodoo based alchemy in order to target an innocent person so that they would love and desire you against their will could be considered highly negative magic, since the intent is obviously to dominate someone’s will. I have often thought that the next best thing to outright cursing someone is casting a love spell on them, particularly if they are not in the least bit attracted or interested in the perpetrator.

If you work such a magical operation and it’s successful then you have overturned someone’s will in an obviously deceitful and disreputable manner just to satisfy your fancy. Do you think that all is fair in love and war? Well, think again! If that were true then date rape and other forms of sexual assault would be legal and even encouraged. It would also be quite acceptable if the potential victim struck back and murdered their assailant. If love is your object then it hardly helps you if you are engaged in a veritable war with those whom you would shower with your affections. Love is one thing, and dominance is altogether another thing. It is important to be clear about your intentions and what you want to accomplish, since if your objective is confused then all else is even more murky.

Magic always has some basic ground rules that are practical and even obvious. A completely non-magical and practical approach to achieving a relationship should follow some basic steps, and no amount of magic can make them happen if there isn’t a mutual interest between the two parties. What I have found is that magic often makes these stages either more difficult or more complicated then they already are. Also, many people have the belief that magic will somehow make something that is highly improbable or impossible happen, as if it were a miracle.

Here are the practical steps, and I think that just about everyone knows this on some level. If you love someone, then that love must be perceived by the other person and returned in some fashion if anything is going to develop. The whole process of courting a potential lover is getting that exchange to occur. This is called mutual attraction, and if it doesn’t exist or even have the potential for existing, then forget about anything further happening. Thus getting your beloved’s attention so that they will focus on you is the first important step. However, that is just the beginning. You have to somehow appeal to what that other person desires in some manner (or stumble upon it by accident), so changing and augmenting how you look, act and even smell is important. I might also add that people who are considered naturally attractive usually have more confidence in their ability to attract others to them. The rest of us who are not so endowed must make the best of what we have. Yet certainly attractive clothes and an attractive style can make up for what one lacks in stature, physique and appearance - at least to a point.

There also has to be a social connection between you and the other person, and you have to have something in common with them. At some point if this process is going to be successful, then you have to access and gain an intimate social contact with them, and it has to be situations that are periodically repeated (like dating). Obviously, courting in our post-modern world, despite how fast everything happens around us, still takes time and patience, but seduction can happen very quickly. This is true even though a successful sexual encounter doesn’t necessarily mean that there will be a romantic relationship as well. Relationships between people are quite complex and also quite fluid, and anything can happen to either enhance the connection or destroy it completely. The most important consideration is that you can’t control everything that happens, and as they say, sometimes you get the bear and sometimes the bear gets you.

I think that the most difficult and problematic aspect of looking for love has to do with the fact that unlike many other things in our lives, we can’t really control other people. We can try, but it eventually fails, even for the most sophisticated of manipulators. This is also why I believe that working love magic on someone is so difficult, since it is a form of continuous domination. For example, you have forced someone to love and desire you who wouldn’t normally be so disposed, and as the enchanter, you have to always be glamorous, mysterious (or at least your underhanded intentions have to be invisible), and you have to always be engaged with feeding that love spell so it can be maintained. It’s a lot like pretending to be someone you aren’t and somehow over time, keeping up the pretense.

When the truth is discovered by the victim of such magic (and it usually does happen at some point), then the perpetrator of that magic experiences a full and complete reversal or backlash. The ensorcelled individual suddenly realizes that their lover is a fraud and not at all attractive or even interesting, and this makes them not only enraged by the deceit but also repulsed by the one who has been deceiving them. It’s doubtful that such a catastrophe could ever be mitigated, and usually it represents a profound end to such a relationship. It is, in a word, an emotional train wreck, and worse, it often attracts a lot of public attention. The victim usually is not content to just slip away, they also have to let everyone they know that they have been deceived and outrageously defrauded, thereby justifying why they spent any time with that disreputable scam artist they have so recently dumped. Besides, the victim’s friends were probably wondering about that as well. This kind of occurrence happens even without magic, and to outsiders it is highly amusing. It’s also the kind of situation that is used in romantic comedies. Yet in real life, it represents a terrible tragedy without a happy ending that is best avoided by being honest.

That’s why I think that working love magic on a specific person is not only unethical, but it is also fraught with possible failure. We can embellish ourselves to a point so we can be seen as attractive, but in the end, we have to be who we are, and that includes our flaws and unattractive qualities, too. It’s something that is unavoidable - we just are who are and nothing more. Pushing the envelop on this stark reality is to perpetrate a fraud, and if a relationship is to emerge from an initial infatuation, then it must be followed by honesty and integrity.

Another thing that typically happens when someone tries to cast a love spell is that they haven’t made certain that all of the practical steps that could potentially build up a relationship have been done first. In other words, there isn’t an established link and social process for a relationship to occur. They might be lazy or just confused, or they might think that the other person is the perfect match for them, as if willed by fate itself. Thus they will believe that the potential for love is mutual when it actually isn’t mutual at all. Then to confound matters they’ll work a love spell hoping that whatever shortcomings are in play (if they are even aware of them) they will somehow achieve their desired outcome. The psychic energy that they are projecting won’t be able to reach the target because there isn’t any link, but that magic will have to go somewhere, and it does. What happens is that the love spell rebounds back onto the perpetrator and causes them to become obsessed with the object of their desire. They have managed to merely ensorcell themselves, and then their odd, creepy behavior will completely turn off the person that they are unwittingly stalking. In my experience, this is usually what happens when someone attempts to cast a love spell.

In my humble opinion, working a love spell on a specific person is really a bad idea. I always try to talk someone out of this kind of approach if they happen to tell to me about it. Usually, I only hear about the failure and the collateral damage, and it elicits from me a typical face-palm kind of response. Yet human nature is what it is, and the question remains, what can a person do to magically help them attract a lover and build a rewarding relationship? My response is always the same - make yourself desirable and lovable, and then let nature take its course. Make certain that you have a wide social network of people that you actually visit and spend time with, and learn to be open, kind and compassionate to others. You can help yourself by being presentable and attractive in your chosen social network, and also by learning to listen and empathize with others. Where magic comes into play is to address any internal issues that you might have that would obstruct or keep you from having a relationship.

You should also do this simple and practical exercise. Ask yourself these questions and make certain that you get clear answers. Are you open and available for a relationship right now? Are your expectations too high or do you judge others too harshly before even knowing them? Have you cleared yourself of all of your previous emotional baggage or relationship histories. If you are pining for someone with whom you once had a relationship or if you are seeking someone who would never want to have a relationship with you then you will have to eliminate this obstacle before you will be able to find someone. These considerations are so practical and basic to human relationships that they don’t require any kind of occult interpretation or intrusion.

Finally, I would like to say forget about finding your soulmate or that pre-destined love that you have been looking for your whole life! Besides, soulmates aren’t discovered, they are made over time with a lot of hard work and effort. If you can eliminate these erroneous romantic ideals from your head and be open to any possibility, then you won’t be disappointed. Perhaps the most important bit of advice that I could ever give any magician who is seeking a lover is actually quite simple. Do you want to work magic to get a lover? Then work that magic on yourself! In other words, use your magic to discover the lover within you and then you will find a corresponding lover in the material world. It’s really that simple, even though it took me decades to truly realize it.