Winter of My Discontent 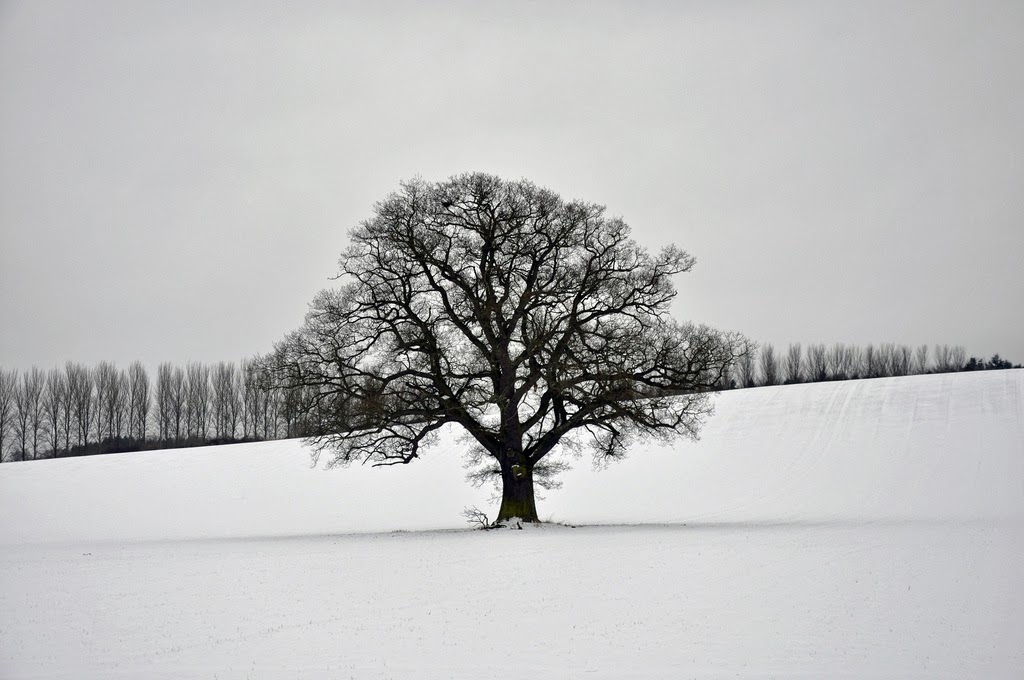 I wrote this article in early March when it was still unseasonably cold outside. Although things have changed somewhat, the issues that I faced then are still very much active today. Therefore, I thought that I would share this writing as the Vernal Equinox has arrived. Winters are harsh up here in the Midwest tundra, and this winter was more harsh than typical. It makes me long for warmer climates and less hostile weather.

"Now is the winter of our discontent
Made glorious summer by this sun of York;
And all the clouds that lour'd upon our house
In the deep bosom of the ocean buried."
Richard III - William Shakespeare

Another day of sub zero cold, snow, ice and just miserable freezing weather. When the sun shines, it is too cold to even go outside and observe the day without being heavily bundled up and wearing a ski mask. We are teased once in a while with a slight thaw, only to be hit a day or two later with what the weather geeks call a polar vortex. One scientist has hypothesized that extreme weather is caused by warmer than usual air displacing the frigid air currents over the pole and pushing them further south, thereby causing the jet stream to loop north and south instead of maintaining a northerly transit over the North American continent. Some might joke that what we have here is more like global cooling than global warming, but it is in fact warmer air currents in the poles that are causing the shifts of extremely cold weather. Alaska is having a very warm winter and the Midwestern Great Lakes looks like a scene from the last glacier. Extreme weather will continue to become more extreme, and everywhere in North America is being afflicted by it. There is no refuge except in the southern most states and the Carribean. So, here we are, getting punished by one of the worst winters in recorded history, and all I can do is just endure it and hope for an early spring. I stay indoors as often as possible, and I don’t travel much, becoming even more isolated in my household hermitage. If I am grateful for one thing, it is that I don’t have to commute to work in the hostile frigid weather.

You have probably noticed that I am not writing as much as I used to. Articles are being posted perhaps once or twice a month. The reason why is that I am avalanched with work from my day job, and by the time I finish up the day, my brain feels like mush. Since part of what I do all day long is to write up responses for business bids from the various States, I am engaged in writing a lot. I am also writing UNIX scripts, SQL scripts and performing various other system analyses. I am in a world of work, and besides that and my ever important relationship with my lady, there just doesn’t seem to be enough time in the day to do everything that I want to do. I haven’t been doing much with my spiritual studies and practices other than the rudimentary meditations and minor offerings in my temple. There are no big workings planned because there is so little time to plan and perform them.

While it is true that I am in a bit of a rut that I need to climb out of, I haven’t had the inspiration or been able to build the initiative to do so. Winter has not only frozen the land that I live in, but it has also frozen my spirit and brought all spiritual and magical progress to a standstill. Perhaps there is hope since I am now starting to write articles for my blog, and I am starting to look over my notes and attempting to jump start my research projects. I have cleaned up my temple area and have organized it, but as of yet, little has been done in that space. I have made some plans to perform some workings in the near future, but we will see what happens. The harsh winter is having a paralyzing impact on me, and I need to break the spell that it has cast over me.

Even though I am doing quite well in all of the areas of my life that really count for a lot, such as my career and my relationship, I am still dissatisfied with my lack of initiative and achievements in the spiritual and magical areas of my life. I have book projects just sitting around and not being worked on yet and I have to do something about that stasis which seems to be pervading my work. I can blame it on the winter, and perhaps it is having more of an affect on me than I realize, but still, there really are no excuses. I just need to focus and get moving again. And so, I keep promising myself that I will endeavor to persevere, whatever that means. Hopefully I will be able to break through this frozen and static period of my spiritual and magical life, but I believe that things are only going to get more busy at my job. I knew that this day was coming when my job would once again take up the lion’s share of my time and efforts, but I seem ill prepared to deal with it.

Sometimes I envy those who are singularly dedicated to their art of magic and who can spend whatever time is needed in order to teach, write books and practice magic without any interruptions or distractions like having to make a living. Maybe someday I will have this kind of freedom, perhaps when I finally retire, but until then I can sense that my career is about to really take off and engulf me with a massive workload. If my company wins this project that I have been working on, helping them to build up technical responses and exhaustively answer questions for the State, then I will get my wish and be made part of the team working on a long term project. This large-scale project will fully engage and challenge me on all levels. It will be exciting and challenging to work on this project, and the company will earn quite a large amount of money for achieving it (and so will the team members). But I believe that my occult studies and practices will correspondingly suffer, since they will have to be put on the back burner while I toil away at my job.

Luckily, I happen to love the work that I do, but there is more to life than work, or so I am told. All I know is that I must push forward and take whatever opportunities come my way. Unlike some people my age, I don’t want to loose my job and become underemployed doing something for a living that I hate . It is my burden and my good fortune to have to spend the majority of my time working at my job, which is probably what many other people go through each and every work day. I should be grateful for having such a demanding and rewarding job, but sometime I would rather play the flute, work magick, read and research new ideas and concepts and not have to deal with the everyday stresses of an IT type career. Of course, when payday comes around every two weeks, I forget about what I would rather do and instead feel relieved that I can pay all of the bills and have a little left over. I am lucky to have this well paying gig, and I know it, but still, the winter goes on day by day, and I wonder what other possibilities there might be for me to have my cake and eat it too.

Spring is coming, and the first thaw has already reduced the amount of snow on the ground, although it has snowed again since and carpeted the ground with white just as it was beginning to look like some kind of transition in the earth was really happening. I have sensed a number of changes already occurring, and I know that this year will be quite different than any other year. I don’t exactly know why, but I sense that changes (and I might add, good changes for me and those close to me) are immanent. I want very much to get really deep into my magical work, and I hope that one of the changes that will occur is that I will get this sorely needed opportunity soon. As the Vernal Equinox is nigh upon us, I am hoping that I will be able to once again re-engage with my magick and spiritual discipline. Sometimes life just becomes so busy that everything else takes a back seat until that busy time has passed. I understand this fact, and it is one of the issues that any magician who has to work a regular job, keep house and manage a relationship will have to resolve in order to have the time to have a spiritual life.