Passing of Another Giant 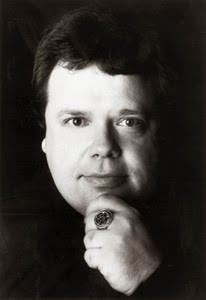 I meant to get this article out in a more timely manner, but life has intervened and it remained unpublished until now. Many apologies for that tardy action on my part.

“Friends, Romans, countrymen, lend me your ears;
I come to bury Caesar, not to praise him.”

“Moreover, he hath left you all his walks,
His private arbours and new-planted orchards,
On this side Tiber; he hath left them you,
And to your heirs for ever, common pleasures,
To walk abroad, and recreate yourselves.
Here was a Caesar! when comes such another?”

Another founder has passed from our ranks, and we are left a little bit less than we were. So it is with the death of Donald Michael Kraig (March 17, 2014), as it was with the death of Isaac Bonewitz just a few years previous, and our ranks have thinned ever more. The works and contributions of Donald Michael Kraig were significant because he was one of earlier writers and proponents of Golden Dawn magic and also of a form of western Tantra and sex magick. Like Isaac, Don will be missed and what he might have contributed to the movement that he helped to build will forever be lost to the occult community.

I didn’t know Don very well. I met him at a few gatherings in the past and we probably had a couple of exchanges. He was a friendly man with a great sense of humor, and a wry wit, which I had come to know more from his blog articles and comments than actually talking with him. Don’s two large literary achievements will far outlast his shortened life and he will soon become more of a paragon of positive achievements and respectable annotations than the positive or negative sentiments of those who actually knew him. This is the process of becoming a legend and a venerable spiritual ancestor, a transitional stage that wipes the slate clean of any critical or negative opinions. Don is now well on the road to becoming a spiritual ancestor to all of those who continue to read his books and follow his teachings.

It is never good to speak ill of the dead, and it is also, more or less, pointless. However, Donald Michael Kraig was successful because he was generally loved and admired by many occultists, not to mention his overall good reputation within the community. He will be greatly missed because of what he might have accomplished had he been able to live another 20 or more years. The same is also true about Isaac Bonewitz. Both of these giants will leave large gaps in the productive and accumulative knowledge of paganism and magick, and it will probably take several individuals a number of years to finally contribute what these two great individuals would have contributed had they lived longer lives.

This brings me to the whole point of my article, and that is that the most productive and insightful periods of life occur (in my opinion) during the golden years, which occur on and just after one’s retirement. It isn’t a time when individuals take a vacation from all aspects of life, in fact, it’s just the opposite. As long as one retains a certain amount of good health and has the material means to survive and live a long and productive life, then the period of the 60's through the 80's should represent the achievements of one’s final and greatest works. Mr. Kraig was only 4 years older than me, so we are both part of the same generation. Yet at my current age and level of experience, I can already see how so many things that I have worked on, researched and developed over the last decades are connected in amazing ways, and how they might be improved and given a final formulation if I am granted the time to do so. I have, therefore, achieved a certain breadth of vision and a perspective consisting of many years of experience that will allow me (hopefully) to complete the work that I started when I was a nascent teenager.

It is my hope that all of my various occult and magical projects will be able to be completed and resolved to the highest level of elegance and efficiency that I can make them. Since I am a Capricorn by birth, being able to finish everything in life is an important higher objective for me. I have already gotten to the point where I can perceive how things are connected together, and also how they might be developed to a final level of completion. It’s helpful to have many years of experience to be able to gain insights into one’s own work, to step back and see it from a greater perspective. I must admit that when I was a lot younger I couldn’t see the forest for the trees, and my work often seemed to be disjointed and not at all connected. Now I can finally see the connections, so I have learned to see the “forest” of my occult work from a greater perspective than each individual “tree.” My only hope is that I be granted enough time to do something about this wonderful vision.

Will I finally get to that point of completion which is in my nature to seek? It is my fervent hope, but how I live my life now (and take care of myself physically) will determine whether or not I will survive into my 80's, although genetics does have a hand in longevity. I only wish that both Donald and Isaac could have lived well into their 80's because I believe that this same process of reflection, insight and experience would have made their final achievements so much greater than what their shortened lives have bequeathed to us who remain.

Even so, I am grateful for the work that they did and I look forward to the decades ahead when others will come forward and push their work to the next level. I also hope that our remaining elders live much longer, prosper, and help the pagan and magical community achieve its ultimate goals of legitimacy and profound depth.

May we all live in the blessings of good health, wealth and life regenerated.