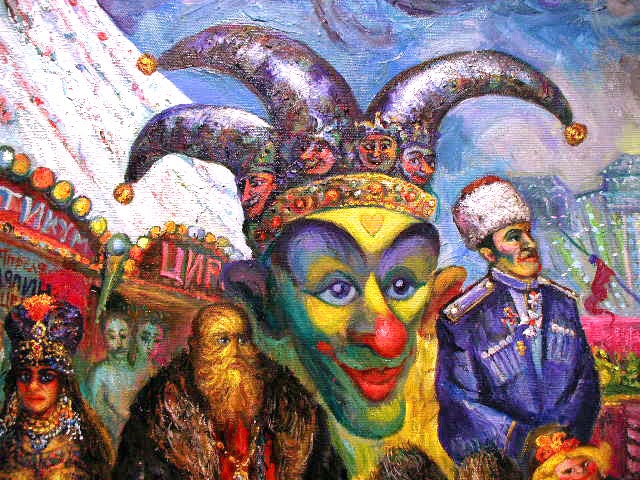 I have finally decided to weigh in and make some comments about the recent Golden Dawn controversy because my name (temporarily) appeared in a so-called defamation hit list. I have been quiet when these controversies have raged in the past and some might consider that I approve of what is going on. Well, all I can say is that I don’t approve of these conflicts and the seemingly bizarre and paranoid accusations that are happening. Yet, these accusations have come from one side, and sadly it is David Griffin and his organization that is mostly to blame, in my opinion. You can read David’s screed in his most recent blog article here, but I believe that I must distance myself from him and his organization because I can no longer justify his behavior and claims.

First of all, this whole business began when a FB icon named “Mitzy Gaynor” posted a very vulgar and tasteless joke in a small private group on Face Book. The real person behind this icon is not a member of the Golden Dawn and is an anonymous purveyor of pithy comments, vulgar statements and who has a particular dislike of certain semi-famous occult authors who she disparagingly calls “numpties.” While I don’t often agree with “Mitzy’s” various statements and remarks, I feel that she has a right to state her opinions. She listed a group of people that she despises (her “shit” list) and it just so happens that one of them had recently and unfortunately died (i.e., David Mattichak). So, she crossed off one of the names in an apparent attempt at black humor. It wasn’t at all funny, but it wasn’t a hit list or even a suggested hit list.

The captured Face Book chat image that David Griffin presents in his article consists of a series of different comments from different threads (and from different chat groups) spliced together as if to make some kind of cogent statement, but if you look carefully and read them as a whole, they don’t make any sense. I have noticed that my name is not on Mitzy’s list. Even so, I initially (on Feb. 2, 2015) was grouped with those who have somehow been targeted for defamation by some kind of organized conspiracy. My name, however, apparently was removed from the list on Feb 3 on the part of David Griffin. But that action was too little and too late.

None of the other individuals named in David Griffin’s article had anything to do with this vulgar posting, and in fact they have condemned the list when it became known because it was in such very bad taste. Even so, this minor bit of bad taste was elevated to the level of a conspiracy, because in David’s mind everything is grandiose, personal, highly overblown and he is a victim.

As for the terrible tragedy concerning David Griffin’s son, Adam, who died in a car accident last year, I have not seen any mention by anyone on Face Book that would indicate to me that David’s enemies have secretly rejoiced at his death. In fact when the event occurred, there was nothing mentioned by anyone. Face Book went quiet regarding conversations about David Griffin as even people who greatly disliked him were respectfully silent. It is my opinion that to bring his son’s terrible and untimely death into the discussion as some kind of shaming strategy is both manipulating and degrading to his memory. I would like to see proof that individuals were gloating over Adam’s death because as far as I have witnessed, it didn’t happen. That makes David Griffin look particularly bad, since he will stoop to using his personal family tragedy as a mechanism to elicit outrage from his allies and followers and stir up trouble between his group and the other GD groups.

However, by including (and then erasing) my name in the supposed conspiratorial hit list without even consulting me or asking for my permission (which I would have declined) I feel that David has crossed the line with me. I don’t want to have anything further to do with someone who is so manipulative as to use his son’s death as a tool to coerce people, and who makes claims on public media that would be considered by the average person as the ravings of a madman if they weren’t actually so callous, cynical and exploitative.

What can I say in David’s defense? Why have I even bothered to be his advocate over the last few years?  Am I just a tool, a damned fool, or worse yet, a conniving bit player (a court jester) in his overarching charade? I have personally met David and I have talked with him on the phone many times. In person he is charming and charismatic, a truly brilliant and likable individual who is compassionate and approachable. However, I have also obliquely seen David’s dark side, his excessive paranoia, over dominating personality, bullying and his unquenchable lust for revenge against any perceived slight. I have tried many times to counsel him to focus on his work and to ignore his detractors, but I might as well have been talking to the wind. I feel very sad about how this travesty seems to continue without any closure, and I see a man who could have had so much positive impact on western magic and occultism succumb to his own pathos and inherent fatal personality flaws. This is not the kind of behavior that anyone would expect from someone who is supposedly an enlightened occult leader.

What I have seen is almost a carnival side-show of accusations. According to David, the SRIA (a small quasi-Masonic organization in Britain) is in reality some kind of Nazi Christian cabal that is attempting to become the sole owner of the Golden Dawn brand. The Vatican is also part of the conspiracy as is the British Intelligence organization MI-6. All of David’s problems with his GD Order are due to extravagant plotting and conspiratorial attacks by individuals and groups who are outwardly just members of GD organizations with opposing views and a personal distaste for David himself, but who “secretly” are a part of these nefarious insurgent organizations.

All of this, of course, is ridiculous. David Griffin probably sees himself as some kind of occult messiah, but it is just misplaced megalomania, something to which we magicians and occultists are all potential prey. The question is whether or not David really believes all of this nonsense, or whether it is just a ploy he uses to garner sympathy and allegiance to his order and himself. Perhaps the truth is somewhere between these two extremes, yet no one knows but David himself.  If he lacks this insight and self-awareness then, perhaps, a deeper pathos is at the root. In which case, I wish him courage and strength to undergo a journey of healing that is, in my opinion, long overdue.

Perhaps one of my flaws is that I tend not to judge someone until I have enough information and context to do so with certainty. I give people the benefit of the doubt and seek not to readily judge someone unless or until I am forced to do so. When I was young I was rash and impulsive, and I made a lot of bad judgement calls. I learned to be prudent in my judgements because I had been burned by my own prejudice, and I was embarrassed by circumstances when judging people far too quickly. I also learned to be patient, knowing that over time people will reveal their true selves and their true motives. I have probably waited too long to really judge David and how he has behaved on public media, and in fact, I have avoided doing so. Maybe I had hoped that he might reform himself and find the best way to disseminate his knowledge and expertise to the occult world. Unfortunately, that event has not occurred, and I can no longer continue to support someone whose behavior is actually degrading and obscuring the Golden Dawn work with his continued predilection for fake controversy and outrageous displays of petty egotism.

For this reason I have decided to publicly end my relationship with David Griffin and his various organizations. I will also avoid any partisan conflict within the Golden Dawn and continue to be guided by a neutral path that doesn’t advocate or take any side. Time will be the best judge of David’s contribution to the study of magic and western occultism, and I do wish him well in his endeavors. Maybe he will defy all expectations to the contrary and end up being one of those truly great contributors to western occultism, long after the controversies have died down and have been forgotten by posterity. But more likely he will be known as a controversial character whose epic rise and fall will be an object lesson to everyone on the occult path. Needless to say I will not play a part in this drama. Instead I will witness it from a very safe distance, eating popcorn and wondering when this awful carnival sideshow act will finally end.