Question About Cultural Appropriation in Magick 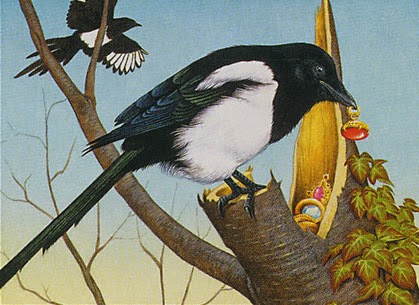 Papa Midnite: You are a magpie of magic. A thief of tradition. You steal from other people's cultures and beliefs to suit your own purposes.
John Constantine: Oh, yeah? Well, whatever works, eh?
- from the TV Show: Constantine

There is still some buzz going around about how cultural appropriation is somehow despicable, reprehensible and exploitative. It’s gotten so bad that a recent blog author stopped teaching Yoga and discussed her reasons in detail. While I agree that there are plenty of ignorant people out there who are unable or unwilling to respect the sources of those various spiritual methods and techniques that have been dispersed via cultural diffusion, this should not stop individuals from engaging in them to their own betterment. You can find that blog article here.

We live in a consumer oriented culture and if someone can make money from an idea then they will do so. However we judge that kind of social transaction it does continually happen. We just don’t have to be crass or selfish about our use of it and instead respect the sources from which various methods and techniques have their origin. A case in point is the wide-spread use and appeal of Mindfulness meditation and yogic techniques which have helped millions of people to literally shed stress and anxiety from their minds and bodies.

Should this work be halted because the original ideas and techniques come from India and Asia, and are therefore a form of cultural appropriation? Now it is true that a specific author (Jon Kabbit-Zinn - “Full Catastrophe Living”) has developed and published this technique, but he produced it while studying eastern methods of meditation and yoga. People are paying hundreds of dollar to individuals who are certified instructors to take an eight-week course in Mindfulness. Is this cultural appropriation? Should it be considered completely unethical and therefore stopped? I am attending an eight week course right now and I certainly won’t quit because someone is making money off of this technique. So far the results have been remarkable, but I, my classmates and the instructor (who is an initiated Zen meditation teacher) have approached this whole process in a respectful and serious manner.

I think that this issue has been adequately addressed by a couple of websites, the Yoga Abode and The Times of India (article by Yogi Ashwini). However, the argument continues, seemingly unabated. (Even my fellow work associates from India are puzzled by this issue and reject it out of hand.)

“Nothing is immune to modern influence - and indviduals' plentiful attempts to create so-called 'new' yoga styles is, in part, a reflection of the way yoga has succesfully [sic] changed to embrace modern expectations and lifestyles.”

“From the point of view of yoga (which is my subject) let me assure all human kind that yoga is not the domain of a region. Yoga means a union with yourself (divinity unrealised). Yoga does not and cannot belong to an individual. Yoga is for a yogi and a yogi is beyond the scope of a religion or country.”

I find this harsh judgement about cultural appropriation to be an extreme exaggeration aimed at somehow maintaining a higher ethic by being politically correct. There are situations where individuals and groups can be accused of actually stealing the techniques, practices and beliefs of a given culture or people without either permission or proper vetting. Yet these are very specific charges which shouldn’t be applied so loosely as to include practically everyone. This same charge couldn’t be applied to westerners who are using meditation systems devised in the East, in fact such a charge is completely erroneous. The diffusion of ideas is a process that goes back to paleolithic times and in antiquity there was an enormous traffic in ideas, beliefs and techniques that moved wherever goods and people happened to travel. This is no different today, in fact cultural diffusion has profoundly accelerated in the post-modern world.

The basis to this idea of wrongful expropriation, as it was explained to me, has its origin in the fact that appropriation (without citing the source) of ethnic artistic practices robs the indigenous artisans of money that they would otherwise gain if their work were promoted instead. This does make sense if the appropriation doesn’t cite the inspired source of that work, since it is often a situation where a white person who is culturally western can more readily be promoted than a (non-white) person who is from a different and non-western culture. However, my argument is that if the source is cited then wouldn’t that white western person be actually promoting an ethnic artistic technique which might otherwise remain obscure or unknown? And, if that technique became popular it might just enable those ethnic artisans to achieve a certain notoriety and popularity, and thereby a higher remuneration than they might have realized otherwise. A case in point is when rock music adapted Indian music and instruments to its songs in the late 1960's. No one in the West would have heard of Ravi Shankar (or for that matter, Maharishi Mahesh Yogi) had it not been for the Beetles publically promoting him.

This is a sticky issue in regards to all artistic endeavors since the production of cultural artifacts do indeed belong to the culture that produced them. The diffusion of ideas, on the other hand, is pretty tough to prove or enforce unless they are legally patented or can be legally proven to be owned. Yet even patents or ownership/authorship eventually run out or become part of the common domain. Ideas are readily swapped and exchanged between peoples, nations and cultures and it is likely that such diffusion will become ever more frequent and rapid as the information age matures. We live in an age of world music/media and an explosion of the appreciation of non-western and non-white cultures. I believe that it is a part of human nature to copy and appropriate things that we see and experience. However, some ideas and techniques have become part of our overall world cultural heritage. These are things that belong to no region or group, but do have an ultimate source that should be recognized and honored.

This brings me to the whole issue of appropriation in the area of the practice of magick. Yes, Papa Midnight is correct to accuse John Constantine (and therefore, indirectly, the rest of us western magicians) of being a “magpie of magic.” What isn’t stated and is also true is that the Voudon tradition was also a melange of African and European-Catholic beliefs and practices. The people of Western Africa could potentially accuse Voudon practitioners of expropriating their beliefs and practices, and in some way, so could the Catholic Church. That would make the character Papa Midnight into a magpie of magic himself, or a bit of a hypocrite. These various traditions are organic, which means that they are continuing to change, mutate and adapt to their environment. I believe that appropriation is part of that adaption process, and it affects all cultural systems to a lesser or greater degree.

In the practice of magick, we western magicians are the worst of all magpies of appropriation. However, I choose to call this process “adaptive diffusion” when it is ethical and esthetically elegant. Still, there are boundaries and limits to what can be freely appropriated.

Where do I draw the line? For me, the line is determined by a combination of esthetics and ethics. If I were to appropriate deities, beliefs, practices and techniques from a specific tradition or culture and not give them either the proper citation, vetting or respect then I could be considered unethical. If I were to combine different deities or cultural spiritual sources that were either inimical or incompatible then I would be creating something that is esthetically poor and inelegant. A poor combination of attributes or clashing cultural artifacts or a cumbersome structure will doom a ritual or ceremony. It could also cause some not-so-subtle repercussions as well. These are things that I believe we should avoid, of course, and everything else is just a matter of research and experimentation.

So why am I going on about this issue? Because I am a veritable magpie and a thief of other peoples’ magic. I have appropriated the Tridentine Mass rite for own my personal and magical use, and I have robbed the Golden Dawn and Crowley of much of their lore to act as the foundation for my own work. What I have now could be considered uniquely my own, but I know for a fact that I have used other people’s rituals and techniques to build it. I have also taken other methodologies and rites from various sources and have modified them to fit into the context of my own lore, such as the Abramelin and the Portae Lucis workings. I have shamelessly robbed and pilfered various evocations, sigils, characters and talismans from countless grimoires and original sources, and I have adapted my lore to the myriad authors’ books that I have read and studied. So, yes, I am a magpie and in fact I am proud of it.

It really means that my lore is dynamic, organic, constantly changing (and maturing, I hope) and also adapting to circumstances. I have truly made all of this lore my own, but the sources are from everyone else. Still, I did manage to invent some new things, and I am hoping that others will like these new ideas and shamelessly use them in their lore, too.

As Constantine says, “Whatever works.” Yes, I am advocating that we magicians should behave like thieving magpies, it is only human to do so. Yet we should also be guided by some simple ethics and esthetics. Even thieves have principles and rules, at least the successful ones do.