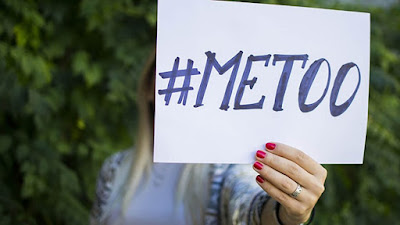 I have been involved in Traditional Witchcraft for around 45 years, and I have seen this tradition in many various social climates. In the sixties and seventies, Witchcraft was part of the so called sexual revolution; in the eighties and nineties, Witchcraft functioned as the foundation of liberalism, feminism and freedom of religion. As part of the New Age Pagan movement, it seemed that Traditional Witchcraft (those that trace their roots to Old Gerald) represented something of a modern liberal and egalitarian social revolution, whereby the old Christian modes of gender based thinking and societal norms were finally being surmounted. I have lived long enough in the Witchcraft tradition to see it evolve and move towards these stated ideals, and in some cases, this is so. However, as an insider, I also must recognize and acknowledge the dark truths about modern Witchcraft. It is those truths which run contrary to what is formally stated as the modus operandi of the Craft.


During this past tumultuous year of the Donald Trump presidency, strident and overt chauvinism and racism have become part of the mainstream of accepted Conservative social norms. However, despite that event, and perhaps in a fitting resistance to it, many women have become vocal about the harassment, coercion and sexual assaults perpetrated by men in various social settings, whether personal, religious or professional. The hashtag #MeToo revealed that nearly every woman has experienced harassment, coercion or sexual assault in some manner during her life, and in some cases, repeatedly so. Some very powerful individuals in the media, business and politics have been brought down in disgrace due to the social movement and revelation of the indignities and tragic circumstances that women have had to endure simply because the men in power crossed a line or demanded sexual favors. This is nothing new.  As the stories have unfolded, we have learned that many have been complicit or known about it in some form or another for decades.


Hollywood, in particular, has had quite a sinister dark underbelly when it comes to this kind of phenomenon. It was and is a very ugly and evil situation, but our masculine dominated culture of white male privilege has made it a thing, at least until now. The social backlash is regrettable, certainly, since anyone who is accused should be given an opportunity to defend themselves, but it is also true that women have been silently taking this abuse for a long time, and now they have come out to speak their truth. The least we can do is to listen and understand.


However, Hollywood is far away from the covens and practitioners of Traditional Witchcraft, but here, too, there have been abuses. I have often heard of them in the quiet complaints of fellow women practitioners and have even witnessed them occurring, when I was not in a position to do anything about it. This behavior is built into our culture, and there are some traditions that are practiced in the Craft that make them more than likely to occur. Perhaps the most blatant of these potential areas of abuse is the requirement for nudity or Skyclad participation in the covenstead praxis. Now, don’t get me wrong, I find sacral nudity to be a special sacred occurrence, but it can all too easily become an invitation for an unwanted sexual advance or interest, particularly on the part of the male practitioner. If a covenstead has a strong and fair minded High Priestess, and a High Priest who is truly her support and uncorrupted by the power or politics of his role then the coven will be a safe place for women and men to gather together to worship and work magic. The intimacy will cut both ways, making everyone equally vulnerable and empowered. A good High Priestess will have a very low tolerance for harassment or coercion, and her High Priest will be a role model of social fairness and compassion.


After all these years as a functioning Witch, I have found that the best High Priest is one who is gay. Some might find this quite ironic, considering the onerous prejudice given to gay men and lesbian women in the Traditional Witchcraft movement.  That is no longer an issue today, but it was for many years. A good High Priest is one who doesn’t need to prove his manhood or assert his privileged gender by dominating others. That dominance, the associated social corruption and the magical will-to-power is one of the dark secrets of the brotherhood of High Priests. It is a seductive force that can beguile and delude what would ordinarily be a good High Priest. It is a temptation that all coven High Priests must successfully resist and even mindfully de-energize, since to fall to that temptation can produce a very tragic and even criminal social situation. Rape culture dominates our social world, so we must be conscious and aware of how we are relating to women in a coven where sacral nudity is the accepted norm.


There is an adage that middle aged men who are High Priests or practicing Pagan leaders seem to find a way to position themselves as the sexual gate-keepers for higher initiation, magical powers and knowledge. They become instead highly negative obstacles to further growth and spiritual evolution. And once this powerful potion has been drunk, there sometimes seems to be no bottom to the level of corruption that one can achieve. Our Pagan and Wiccan community is rocked from time to time when a leader is discovered to be a sexual predator, taking advantage of the young, inexperienced and most vulnerable members of our community. We are shocked and revolted by the discovery of this behavior, but few can admit that it is baked into the movement. There are indeed stellar members of our community. These men represent the best of a received and understood feminism; they practice social equality and mentorship, having achieved this by overcoming the alluring potential to harass, coerce and even to sexually assault others.


What must happen now is for all of us to admit that such a situation is a possible trap due to the practices of Traditional Witchcraft. This is particularly true with the assumption of positions of authority without any kind of accountability, the social setting of sacral nudity and the necessity of a male to female relationship, and the female to male relationship that is required for initiation and advancement. The sexual nature of the practices and the initiations would seem to be very tempting to those who are weak willed when it comes to sexual temptation or who see themselves as singularly empowered and unchecked. I think that to make Traditional Witchcraft safe for the most vulnerable adherents it is necessary for there to be absolutely zero tolerance for any kind of unwanted or unprovoked sexual advance. The High Priestess and High Priest must set the tone for the conduct of the coven, and that any kind of contact should be consensual and transparently co-equal. I think that making Skyclad rituals less the norm and making the sexual nature of the initiations to be more voluntarily symbolic and token rather than an expected outcome would also help to restore equality to the covenstead. Accountability should be enforced for everyone and perhaps even more importantly, the role of High Priestess and High Priest should be temporary and rotated rather than a permanent avocation.


In my opinion, the single greatest temptation inherent in Traditional Witchcraft is the power assumed by its coven leaders. Social power in a group that is not accountable or transparently applied to everyone equally allows the High Priestess or the High Priest to assume a level of dominance that can only lead to tragedy, unless they are also socially and spiritually evolved. I believe that diminishing the power of the High Priestess and the High Priest and making them merely roles in the group that could be assumed by others, would go a long way to eliminating the temptation to sexually exploit people. You could say that what I am proposing would be to basically demolish the hierarchical foundation of Traditional Witchcraft, and you would be correct. I think that this reformation is long overdue.


In talking about this social issue, I will won’t be judgmental or sanctimonious to anyone who has either enabled this kind of behavior or who felt themselves tempted to take advantage of a situation. I am guilty of both of these actions. Still, I have avoided engaging in gratuitous exploitation of those who have given me their trust as a teacher and a leader. I have always had limits to what I was willing to do. Perhaps I too easily feel the pain and hurt of others.


Since I have been involved in the tradition of Witchcraft for over four decades I have seen this situation play out again and again. I have seen scandals erupt and then sadly read the reports of those who were hurt and damaged by the egotistic behavior of men who should have known better, but who succumbed to the oldest kind of corruption – the will-to-power over others. This phenomenon will continue to happen again and again, over and over, until the very root that is causing this problem is finally eradicated from the tradition altogether. I am hoping that this evolution in Traditional Witchcraft will finally occur so that we can at least say that our covensteads are safe places for everyone to gather, and that the ubiquitous hashtag of #MeToo can be said to be something that happens outside of our tradition and not within it.
Frater Barrabbas
Posted by Frater.Barrabbas at 8:17 PM