Some Interesting Thoughts About Magic 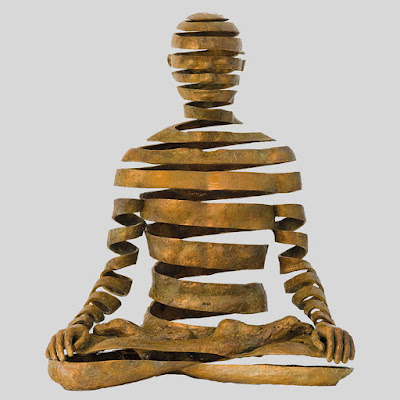 These days of winter, while I engage in long hours of working in Richmond on an IT project, my thoughts find themselves puzzling over this arcane subject of magic, writing words that are somewhat poetic and yet cut through my many years of magical belief and practice, and I think, my overall hubris. As a magician I am seemingly forever plagued by the folly of men and women, and by my own folly, as well. We are all fools, but may we find some wisdom in our folly.

There is something that has always amazed me about the study and practice of magic, particularly in how it is marketed to others, to the uninitiated or unenlightened. Life has boundaries and limitations, and nothing can miraculously change that fact. We are born, we live and then, hopefully later on, we die. It is an unalterable fact of existence. Magic is a phenomenon that lives between these limitations, seemingly giving the promise of escape, but never really producing it. The seductive promise of unearned wealth, health, fame and fortune is always a part of the mystique of the art of magic, but for those who are seduced by it, it is a way of delusion and a harmful deviation from the true path of magic. Like all paths of wisdom, whether they be religious, mystical, or magical, the way itself is hard and the upkeep of such a discipline amounts to something of a burden to life, which is already burdened by limitations and ultimately, death. We need to keep this in mind, for magic is a path of wisdom, first and foremost. All else is but a fool’s errand.

The true path of magic is a path of gnosis, self-transformation, and a discipline that requires decades to finally reveal its overall goal; the realization of the true state of the world and one’s place within it. The cycle of this continual revelation is a form of katabasis, the ascent and descent that is a major part of the cycle of life and death - from this is the gateway of true awakening. Yet the enlightenment that is achieved is more of a surrender and immersion into what is grounded in the simple truth of life and existence. We already know this truth when we start our path, but we truly realize it in the core of our being when we finally reach our end. All of the seductions, the myths, mysteries, fantasies of the domain of magic melt away to reveal the greater truth, which is the revelation of the true self that is interdependent, finite, empty of individuality, but united with all of conscious sentient life. In this place there is no death, no fear, and no sense of an immortal self - just the full and vibrant emptiness of the ocean of consciousness and the endless emergence and divergence of a myriad of continuation bodies. These leap momentarily into life and then fade back down into the oceanic ground of consciousness, where all being and all life resides.

Therefore, to continue to pursue unearned and fantastical things that might but never will be, the errant magician misses the greatest signal message of the import and meaning of life. He passes through the illusions and delusions that beguilingly assail him and is consumed by their promises, filled with hope and motivated by fear. He talks to ghosts and spirits, and sends them on mindless errands, and uses his all too subtle paranormal abilities to influence events that ultimately lead to nowhere. He listens not to the gods or to his spirits, seemingly and insularly absorbed and otherwise engaged with his ego-driven passions and fantasies, and in the end, does little more than what he might have done without all of the pretense. That is the folly of magic, and it is also the folly of religion and mysticism.

Even so, the truth is all around us, at all times, but it is both sweeter than heaven’s balm and more bitter than death. If we could, but for a moment, harness our magical beliefs and viewpoints to realize the world as it truly is then the magic we work might be the greatest thing that we have ever done. Yet the mystery of this magic is that it is empty of self, liberating and disengaging. Instead of grasping for the material gain as all magic seems to do, we let go, and deal with the world with an open hand and a mindful heart.

These are some of thoughts that I have been having lately, as I continue my Buddhist studies and feel them mingle with my thoughts and practices of magic. It seems that I am formulating a new kind of magic, but I suspect that it is just the culmination of many decades of puzzling over the art of magic, and seeking to know what it really means and where it ultimately leads, for all those who are following it.