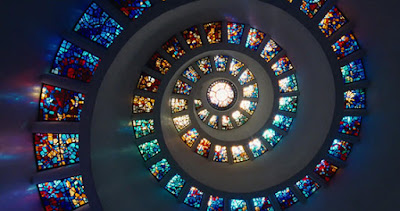 I have been reading about a kind of back-and-forth argument between magicians about the usefulness of Platonism and the Qabalah, the fact that Neoplatonic models espouse a transcendental reality that ultimately devalues the material world, and that a practical approach to magic should use the more archaic Shamanic, immanent world view. I find that I agree somewhat with both sides, since I can see where a transcendental perspective is useful as well as an immanent one. They look at spiritual reality from two different points of view, but their source is one and the same. I believe that religions in the west tend to emphasize the transcendental aspects of deity and reality over the immanent, even though the foundation of Christianity has the Deity defined with both attributes. It is a discussion that has no real resolution, and from a completely practical perspective, it belies the fact that the practice of magic generally produces transcendental states of consciousness.

I have never had much of head for either philosophy or higher mathematics, but practical logic and critical thinking skills were something that I learned early on, mostly by making mistakes and blundering my way through life. A friend of mine likened this argument to a confusion between ontology and epistemology, which is to say it is an argument between the nature of the universe as it really is, which none can fully know, and as it is perceived by all of us. We all have our opinions, but they are based on what we have experienced and what we know, individually and also collectively. From a purely practical perspective, this argument is hollow and fairly meaningless. Models, paradigms, constructs, and analogues all suffer from the limitations that they use analogy to describe something that is beyond description - what is seen and understood by the Eye of Spirit vs. the Eye of the Mind. The only thing that I think is essential is to understand that the analogy is not the thing that it describes. Models are useful tools, but they really don’t share in the numen of the thing represented unless we load them with mythic and mystic qualities. Doing that deviates from the usefulness of the model, and human nature being what it is, we are often mistaking the operational tool for the reality it represents.

My rule of thumb is to use whatever model works, but don’t over use them. Don’t try to extend a model to be universal, since it will then fail as a useful tool. When models or tools fail to explain something that you have experienced then it is time to either adapt another model or to create one based wholly on that experience. It is the nature of the human creature to name things, and to make meaning and connect things into a context when there is none. I see this as a way of enrichening the experience and significance of one’s reality, but it can also be a way of fictionalizing whole areas of our lives. Sometimes it is important to simply see something without any kind of narrative. I am beginning to discover that having that ability is the best approach.

As a ‘nuts and bolts’ kind of practical magician, I wonder if this is a case where a model or a constructive paradigm was used beyond its scope of usefulness, since in order to believe it is to reject the whole aspect of spirit and deity that is immanent, or that is within each and everyone of us. However, I have found that the transcendental states that I have experienced in magic has led me to see the nature of deity and spirit both within and all around me. It is to say that my dealings with spirit and magic have taught me that an exclusive adherence to either immanent or transcendent definitions of reality is too limiting. The true reality is somewhere in between or something altogether different, and it defies a neat model or convenient philosophy to explain it. Here again approaching this phenomena with an open and unbiased mind is the best approach.

Use what is useful, but don’t overuse it. Don’t rely too much on one theory in exclusion to others. Be open to contradictory evidence, and don’t be afraid to be wrong about practically everything at some point or another. Practice the magic and experience it fully, and be mindful of what is really going on inside you. Question everything you read, hear or experience. Base your opinions on the results of a thoughtful analysis of your actual experiences instead of what you have read or learned from others.