Portends of the Coming Autumn 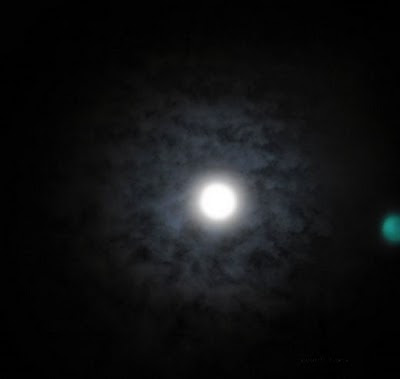 During the last full moon for the month of August, I slipped into my temple to do some meditating. My father was visiting me, and I wasn’t interested in doing any magick while he was there. Since way back when I was a teenager, my father has been strongly against my interests in occultism, not because he was a Christian and was offended by my occult practices and beliefs, but because he was an agnostic and nearly an atheist. My father thinks that all religious practices and beliefs are a sign of ignorance and superstition. I didn’t want to engage in a conversation about occultism and spiritual beliefs since he had long ago given up any pretense of being a believer in anything spiritual. A substantive discussion about religion and spirituality was definitely out of the question, and I rediscovered that fact when we had a brief but taunt discussion about Islam. So for that reason, I decided to let my spiritual practices become internalized and dormant for the last couple of weeks of the month.

Anyway, during the evening of the last full moon I snuck off to my temple after my father had gone to bed. I lit some votive incense, gave offerings to the various Gods and Goddesses of my personal pantheon and sat down to meditate. I also took out the specially charged ring from my HGA working, put it on my finger, recited the special magick word three times, and then meditated on the secret name of my HGA. As I did this, I could feel a powerful tingling traveling down from my ring finger to my hand and then down my arm. My ring finger and my hand felt numb with the energies coursing up and down it. I also felt the presence of the HGA come and envelope me in its powerful aura. I felt immediately blissful, full of hope, inspiration and awe. I sensed that something truly great and wonderful was soon to be revealed to me. The autumn was coming, I could feel it in the air, and with it new and more engaging magickal workings and occult discoveries. The coming seasonal change was going to bring with it many changes, all of them inspiring and profoundly good. I felt a very strong sense of optimism, renewed clarity and insightfulness. I didn’t exactly know what was actually going to happen, but I knew that it would be auspicious and monumental.

The feelings of well-being, bliss, happiness, and a buoyant sense of optimism pervaded my being for a long period of time. When I completed my meditation and took off the ring, returning it to its pouch, I still felt the positive energies within me. I went to sleep a bit later full of peaceful repose and my heart joyous at the promise of the future.

Since that evening, things are beginning to manifest in a fashion that I had not previously suspected. I was having revelatory dreams where various things that had stumped me in the past were being shown to me in their fullest clarity. A case in point is the Grimoire of Armadel, which I have puzzled over for thirty years, ever since it was published in 1980. I had been unable to use this grimoire for much of anything, but marveled over the various sigils and characters that it contained. Just the other day the whole mystery of that grimoire was totally lifted from me. I understood how it could be used in its entirety, although it would require a complete rewrite. This revelation happened in just a couple of days, and there are other ideas and inspirations starting to emerge through what must be my creative genius – something that everyone has within them, but only some can actually access. This is just the beginning of a very important time for me, and it will turn out to be an important time for others as well. While some are being affected by the supposed Mercury retrograde, I am experiencing a personal and internal awakening. There is no problem with communications, electronic devices, or anything else, for that matter.

These are the portends and auspices of an autumn and winter magickal renaissance for me and my associates. I have to admit that I am excited by what appears to be happening to me, and I am looking forward to the future. Since I am an author and a teacher, I will be also seeking to share this new knowledge and experiences with my students and readers. The very first installment will be posted soon, where I will reveal what I have discovered in regards to the Grimoire of Armadel. Many other articles and discourses are planned as well. For now, I must look deep within myself and determine the nature of the magickal workings that will occupy me for the next six months. Winters in Minnesota are long, snowy and typically cold, so there should be plenty of time to work out the details for future ritual workings, and then execute them over the long winter months. I need some time to meditate and to think some very deep thoughts without any distractions – hopefully, that will happen soon.