A Tale of Three Perspectives 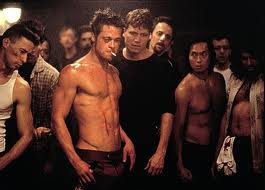 Often when occultists, pagans and witches get into a heated discussion, I have found that the reason for such strong sentiments and strident disagreements is because there are three very different and distinct philosophical perspectives being communicated. If two or more individuals talk at cross purposes with each other, and none of them understand the other person’s basic philosophical foundation, then unresolvable arguments will occur. Of course, there are more than three different philosophical perspectives, but these three usually cause the most egregious misunderstandings.

Traditional Lore: This is a perspective that consists entirely of esoteric knowledge, occult liturgies, magickal or mystical rites and subjective or experiential commentaries. The only way that an individual can acquire this knowledge is to be indoctrinated or initiated into a very specific tradition, and then incrementally taught various “inside” lore, usually by a teacher or elder. All of the information included within an occult tradition is kept strictly confidential and is warded by oaths of secrecy, even if much of it is already known to the public in books and web-based files. What is important is the context of the information and the personal experiences associated with the techniques and methods taught.

Along with this knowledge and methodology is a historical narrative and an ontology, or world-view, and definitions of what could be called a “true reality.” This world view would contain a mixture of actual history, myth and allegory that is blended together to create an apparent seamless “quilt-work” reality. The context for that world-view is steeped in the lore and the personal experiences of the rites, practices and liturgies of that organization. Any examination of that lore outside of the tradition would violate the context, and render it to be less profound and meaningful than it otherwise might be. It can also make elements of that lore seem ridiculous or even completely mythical, since many traditional occult systems rely on a world-view whose foundation is on the “mind before matter” model.

Groups who espouse traditional lore are numerous, but represent the older occult organizations, such as quasi Masonic occult groups (Golden Dawn, O.T.O., etc.), various Theosophical groups and their associated off-shoot organizations, Eastern mystical traditions transplanted in the West, and even more recent groups, such as Gardnerian and Alexandrian witchcraft. Individuals who are members of such an organization would espouse a world-view and a system of occult beliefs that would be occluded by oaths of secrecy and confidentiality, and they would be highly dependent on a dense context of foundational practices and beliefs. Traditionalists would appear to have a mythical perspective of history and reality to an outsider, even though their perspectives are completely rational and objective when considered through the context of their tradition. Individuals who belong to a tradition are unable to completely justify their beliefs and practices to outsiders because they are unable to reveal the full context and justification for their beliefs. Instead, they often delight in being evasive or mysterious, much to the frustration of others who are outside of that tradition.

Reconstructionism: This is a perspective that is more recent (1990's) but has been building quite an extensive following. Reconstructionism is a methodology that relies heavily on academic writings and research to build a system of beliefs and practices based on a tradition that is either completely extinct or that exists in a very truncated form. This methodology was initially pushed by Northern European and British (Anglo Saxon) Heathenism, Nordic Asatru and Druidism. Now, some twenty years later, reconstructionism has been greatly expanded to include many other renewed pagan traditions, such as Greek, Roman, Slavic, Egyptian, Jewish, Mesopotamian (Akkadian and Sumerian), Native American, and numerous others. Because in many cases the traditional lore has been lost, adherents must rely on academic findings (archeological sites), older ethnographic studies, examination of artifacts, and where possible, written texts and fragments of rites and beliefs. Reconstructionism relies on the most current and up-to-date academic information, and when that information is adjusted or new information becomes available, then the reconstructionists have to adjust their tradition accordingly. So, a reconstructionist is someone who is building and adapting their tradition, using intuition and creative insight when there is a lack of useful or credible information.

A reconstructionist can take a very purist perspective and seek to carefully ensure that their built up tradition is closely based on academic information. Those who are less careful or who create something completely contrived have found their practices and beliefs severely questioned and even rejected by others who are more carefully following that tradition. Thus, reconstructionists will take a very scientific and academic bias and approach to their beliefs and practices. A reconstructionist would therefore find the practices and beliefs of a traditionalist to be at the very least, unwarranted, and at the worst, utter nonsense. This is because a reconstructionist relies heavily on academic information, and everything must be either verifiable, or at the very least, plausible.

What I have found is that reconstructionism has been able to reproduce pagan traditions that are very rational, acceptable and accessible to the average person. There are no secrets or oath bound beliefs and practices, since everything has its source in publically available information. What mysteries do exist in this world-view are based on the experiences of the individual or group who are able to bring an ancient tradition alive so that it can be shared with others. There are often two kinds of adherents in a reconstructed tradition - the creative tradition builder, path maker and pioneer, and the individual who takes this reconstruction and gives it a renewed life within the community. Both of these individuals are important for the successful reconstruction of an antique tradition, but sometimes the creative reconstructionist wears both hats.

As you can see, a traditionalist and a reconstructionist could have a serious problem in understanding each other. Reconstructionists require their lore to be validated by academia or at least shown to be plausible, while a traditionalist must accept most of what they are given by their elders and teachers, even if those beliefs and practices are contradicted by academics.

However, a third perspective can also occur, and that is where a traditionalist begins to validate and augment their lore by researching academic or scientific information - such a one is called a revisionist. This can cause the tradition and its lore to be adjusted, made objective and  more accessible to outside individuals. Often the very beginning of this process is started when someone within a tradition publishes its beliefs and practices, becoming a kind of oath breaker. Some have accused Aleister Crowley or Israel Regardie of being oath breakers with the Golden Dawn tradition, and others have accused Lady Sheba, Alex Sanders, Janet and Stewart Farrar of being oath breakers. Whatever you think of these individuals (and so many others), they have caused the secret lore of a tradition to become preserved for posterity, thus making it more accessible to outsiders, who, in their turn, have used parts of it to build new traditions and practices.

Other members of traditions have used their inside knowledge to gain access to other traditions or obscure academic information so as to more fully develop their own tradition, and then passing that amended lore on to their initiated progeny. Sometimes, the need to develop a hybrid tradition is caused by the fact that the original tradition was incomplete or lacking in a strategic area. This is true of both the Golden Dawn and British Traditional Witchcraft, where many hybrids and derivations have occurred, all of which were incited by the lack of a comprehensive traditional lore. In other cases, some individuals have found that the mythical and allegorical quality of the lore needs to be validated and made more rational through the inclusion and adjustment of academic and scientific information.

Those espousing a traditional occult perspective can either believe that their tradition, in whatever form it exists, must be preserved at all costs, or they can be less conservative, allowing their tradition to be augmented, adjusted and even changed when deemed necessary. Those who are comfortable with a hybridization of their tradition would undoubtedly find themselves in a difficult situation when confronted by a member of their same tradition who was against any form of revisionism. I have seen this kind of dispute rage between adherents of my own Alexandrian witchcraft tradition for days on the “Lexie” e-list, without any kind of resolution, other than the tacit admittance that there are different initiatory lines who do things differently. Some have expressed themselves as indignant protectors of the faith, while others (such as myself) are much more pragmatic.

Correspondingly, a revisionist and a reconstructionist would likely be able to agree on a number topical areas, but at some point, the revisionist would take a stand on some point of traditional lore, and the reconstructionist would not be able to understand why, especially if that bit of lore was contradicted by academia or by science. Conversely, a revisionist could have adopted some practice or lore that can’t be validated, which would then have to be rejected by the reconstructionist. However, if you got a revisionist, a reconstructionist and a hide-bound traditionalist together in a room, and their respective beliefs and practices were analogous, it wouldn’t take much to set off an emotionally heated argument. It could also produce a very enlightening exchange as well, if the individuals involved were willing to respect each others viewpoint. Most of time such an exchange produces a train wreck with a lot of hurt feelings, confusion and misunderstanding.

I believe that one way that such a conflict can be avoided is for individuals to state their perspective in a general manner first before engaging in a heated exchange. If someone tells their fellow occultists that he or she is a strict adherent of British Traditional Witchcraft, then everyone else should realize the scope and nature of the conversation. Those who are involved in a Saxon Heathen reconstruction won’t ridicule some outward belief and practice (that is not oath bound) or require the witch to validate his or her stated beliefs with some kind of academic authority. Likewise, a more lax adherent of a witchcraft tradition who has derived a hybrid system won’t snipe at the traditionalist for continuing to hold certain beliefs and practices, which he or she has abandoned. The traditionalist will understand that the other two require more outside validation than he or she, and is less comfortable with just accepting lore because it has a pedigree.

If the three of these individuals can find a common ground and focus on the fact that they are all modern pagans, then their exchange may be quite illuminating for everyone involved. This is my hope, of course, and why I believe that it’s important for individuals to understand and know where they fit in as regards to traditionalism, revisionism and reconstructionism. All three perspectives are valid and important, and they all produce an authentic experience of magick and the mysteries within a modern pagan world definition.

The bottom line is that we who practice some form of paganism in the western world are a small exclusive minority. We may differ strategically in how we worship and practice our rites, but we are all part of the same general family of religions. Therefore, we should work a little harder to respect and accept each others perspective and at the very least seek to realize that there are three different perspectives - the traditionalist, the revisionist and the reconstructionist.

As Rodney King said so many years ago, “Can’t we all just get along?”
Frater Barrabbas
Posted by Frater.Barrabbas at 11:58 AM