A Question of Maps 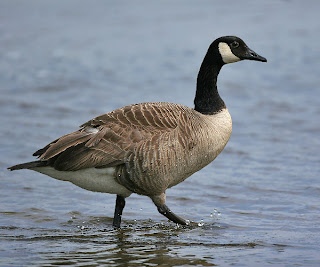 A goose amongst the ducks.
"Let me therefore form a vortex in this chamber that the invisible Sun of the Spirit may shine therein from above." - from the GD ritual, Opening by Watchtower.


Recently, I wrote about the controversy involving the lesser banishing and invoking rituals of the hexagram. I had reported what Scott Stenwick (Frater Ananel Qaa) had said in his excellent workshop on Planetary Magick. I also did some research on the difference between what Scott says he does to perform planetary magick, and what classical Golden Dawn magicians do when they perform the same kind of magick. I also mentioned what Donald Michael Kraig had written in his book Modern Magick, that the lesser banishing rituals of the pentagram and hexagram should be done as part of the basic working structure that he teaches. Scott and a couple of members of the Golden Dawn (HOGD) have discussed this controversy in the comments section of my blog article - you can find them all here.

However, Donald Michael Kraig has also responded to this thread in his latest blog article, and you can find it here. I liked what Mr. Kraig said and his point is obvious. Since I don’t use the Golden Dawn methodology to work planetary magick (in fact, I don’t use very much of it at all in my practice), all of these points over the “correctness,” “efficiency” or “effectiveness” of the magick is a moot point. I use an entirely different system for working planetary magick, and what I do works quite well. I would suppose that Scott’s methods, the current Golden Dawn methods, and Donald’s methods all work as well. They all work because the model or map that they use is consistent, logical and complete. When a ritual working is incomplete, inconsistent or the model is poorly understood, then the magick can fail. Although the threshold for failure is rather high, since I have seen very poorly contrived and performed rituals actually manage to work. There is a lot of room for perfecting one’s work, but the most basic frame of reference is the model or map that one uses. This is the point that Donald Michael Kraig made in his article, and he is completely correct. The model or map is not the actual territory that it is symbolically describing, but it is a useful and important tool, without which such magickal work would be fruitless.

One other interesting point that Donald made in his article is that the lessons in Modern Magick are accumulative, and that a later lesson introduces the student to the Golden Dawn ritual “Opening by Watchtower,” first presented in Israel Regardie’s monumental book “Golden Dawn,” volume 8, p. 14 - 16. Regardie further elaborates on this rite in his book “Ceremonial Magic,” but this rite can be used as a framework or outer wrapper for various inner workings or rites. This is exactly how Mr. Kraig has presented this ritual in his book.

The interesting thing about it is that a distorted variation of this rite found it’s way into the rites and practices of Gardnerian withcraft, and from there, to its various derivatives; thereby becoming the ubiquitous circle consecration ritual. I would assume that the function of the Opening by Watchtower rite is analogous to the circle consecration rite, but the former is far more rigorous, exacting and powerful than the latter. In fact one could state that the wiccan version of this rite demonstrates how little Gardner and his subsequent followers understood the rituals of the Golden Dawn that they readily purloined. However, the circle consecration rite, as it is practiced in many various pagan and wiccan groups, is only the most basic step in establishing sacred space, while the Opening by Watchtower is a preliminary step to an invocation. The wiccan and pagan variation also uses a magick circle, which is omitted in the Golden Dawn rite.

All of this could cause anyone some degree of confusion, since these variations are used in a different context and are not quite the same thing. Unfortunately, keeping that context in mind can be a difficult task, and one can easily jump to conclusions while leaping from one system to another. My mistake is that I sought to judge someone else’s system of magick using my own map or frame of reference, and unfortunately, that is where mistakes can be easily made. While I was scratching my head about this whole conundrum, it was due to the fact that I don’t use the Golden Dawn methodology for the kind of ritual magick that I perform.

I am, admittedly, unfamiliar with this system of magick, because I had learned it (probably incorrectly) many years ago and then abandoned it for a system that seemed more direct and simplistic, at least to me. I had to check up on what Scott said about the Golden Dawn and planetary magick, and found that it wasn’t exactly correct. There are multiple ways of doing the same kind of operation, and each of those methodologies has a different kind of map or frame of reference. So it was never my intention to either question the efficacy of the system of magick outlined in Donald Michael Kraig’s book. Somehow, Donald thought that I had agreed with Scott, but actually I was questioning what he said and attempting to figure out if it was true. It would seem that the comments section of the blog article had some really interesting quotes coming from different perspectives, which I think that Donald may have missed when he read over my article. I would like to present them here.

I think that what we have here is a variation of technique and intention. The intention of the Golden Dawn system of magick is keep the sphere of the magician completely sanitized from all possible contagion, hence the requirement for using both the LBRP and the LBRH before performing any operation. The use of the Opening by Watchtower causes a gateway into the world of the Spirit to be established after the foundational environment has been made completely pristine and purified. This is a different approach than what Scott is proposing, and within it’s referential frame, it is logical and makes sense. However, a different ritual pattern is used for planetary and zodiacal magick in the Golden Dawn, and I believe that the Opening of the Watchtower rite is not used in this context. Sincerus Renatus, in his comment to my article, made the following point, which I think encapsulates the Golden Dawn perspective.

“In Hermetic and Qabalistic Magic, according to the Golden Dawn Tradition, the Sphere of Sensation is [infused] and activated with the forces invoked during a short and set time frame. Even if you ‘shut down’ the forces, this will still leave you with a charged and activated Sphere of Sensation; only the free flow from the realms of the invoked forces are hindered. The logic behind this is that a system will always be changed, even after the force that did the changing has been removed.”

According to the methodology that Scott uses, the gateway into the domain of Spirit is opened via the Lesser Invoking Ritual of the Hexagram, to be followed with the use of the Greater, so there isn’t a brief banishing (of the microcosm) following by a brief invocation (of the macrocosm), as Donald stated in his article. The LIRH sets the stage in the working, to be followed by the actual planetary invocation. That methodology also makes sense to me and appears to be logical. The intention of this combination of operations doesn’t assume that the forces employed in magick require a sanitized “clean room” approach in order to ensure the safety and stability of the magickal environment, allowing for a “free flow” from the realms of the invoked forces. This is just a different perspective that employs a different methodology, but within their framework, both make sense and are logical. Could it be that one method is more effective than the other? I think because the two methods are so different in their basic intention (planetary talismanic magick vs. planetary invocation magick) that they can’t be compared. Of course if one were to get the two methodologies confused, then the end result might be affected or even fail.

These two different approaches basically use the same Golden Dawn based rituals to accomplish a similar purpose, although the intentions are quite different. However, the way that I work these forms, accomplished through a witchcraft prism, is quite different. If anything, the differences between Scott and Donald (and other Golden Dawn practitioners) is more of a quibble and a difference of intention than compared to how I do the same operation. I guess you could say that I am the real oddball when it comes to performing planetary and other forms of advanced ritual magick.

As I stated in my previous article about planetary magick, I have chosen to use the Septagram instead of the Hexagram. I also use a Rose-Ankh vortex with an internal circle in the center. The methodologies that I employ make use of the magick circle to focus and collect the spiritual influences and powers that are generated or drawn down. Yet it would seem that the witch or pagan who is practicing ritual magick using these forms is subject to the worst possible contamination and subjective influence from all of the forces and spirits so employed. This might be true if weren’t for the fact that all magick performed by the witch or pagan within ritual magick is done through the guise of the assumed godhead. It is the personal godhead, whose cult and specific alignment is potently maintained by the ritual magician, that protects and empowers the operator. Yet because of this fact, the magician who works this kind of ritual magick can dispense with the lesser pentagram and the lesser hexagram rites, whether banishing or invoking. Also, because a vortex is employed, any form of banishing is completely ineffective anyway, so the banishing forms of any device are never used. Thus I would have to rate the manner that I perform these types of magick as the real “goose” compared to the ducks of Thelemic or Golden Dawn magick.

The bottom line to all of these variations is that they work, and they are logical, consistent and make sense within the context that they are used. However, to make them work, you have to employ the foundational framework and use it consistently and logically. (Unless, of course, you are a chaos magician, and then you will employ any system or part of a system, consistently, inconsistently, logically, or illogically, and still get good results.) The key is to experiment and discover what works the best for you. As Donald Michael Kraig said so adroitly in his article:

“In Modern Magick I strongly urge people to study other books to get other opinions and ideas. For the truth (at least, the truth according to my map) is that magick is an experimental science. It doesn’t matter what any of us think or believe. What matters is what works.”

I hope that all of these variations have instructed you that there isn’t just one way of doing anything. Still, elegance, artistic excellence and the flawless, flowing performance of forms is still an important part of the work.
Frater Barrabbas
Posted by Frater.Barrabbas at 12:13 PM