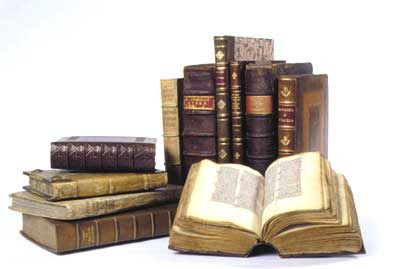 Arcane Occult Lore from the AoS!
As an experienced ritual magician, witch elder and lineage holder, and the author of four books (with two more on the way), I have seen all sorts of nonsense over my three and half decades of study and practice. However, the most amazing and, in my opinion, torrid advertisement that I have ever encountered is found in the highly dubious website for the Academy of Sorcery. For some unfathomable reason, I keep getting advertisement spam from these folks, touting their pricey instructions that will help the faithful adherent (sucker) acquire the mastery of arcane wisdom and forbidden knowledge. As their cheesy website tells the eager (juvenile) applicant - you, too, can be a powerful sorcerer:

“Arcane Masters in the Academy have the rare opportunity to learn the closely guarded secret (sic) of time divination - the ability to clearly see into the future.  They quickly rise within the community to become recognized as powerful authority figures as they've been trained in the Advanced Secrets of Magic & Sorcery.”

I suppose that it’s our lot as occultists that we must tolerate all levels of gratuitous exploitation and not give in to the temptation to respond to obvious low level hucksters, but this site shows such a profound accumulation of ignorance, urban myth and other unadulterated baloney that it can’t but make someone like me completely outraged as I read through their broadsides. I could imagine some poor slob walking the streets wearing a sign board, where one side says “Eat at Joe’s,” the other side says “Learn to be an Arcane Master of the Forbidden Wisdom - Join the Academy of Sorcery!” It reminds me of that extremely funny article in one of the older issues of the National Lampoon magazine - Don Juan’s School of Sorcery: “If I can’t teach you to be sorcerer in sixty days, I’ll turn myself into a jelly donut!”

Accompanying the text are all sorts of lurid images, including a hot sorceress wearing a tiara, and a shadowy black magick wraith. Of course, after I got done laughing about this ridiculous commercialized ploy, I began to do some serious thinking. How many people actually pay the supposedly reduced fee of $77.00 to master the following four awesome-mystical topics:

Art of commanding spirits - “unleash a spirit army” - this is, of course, referring to the 72 Goetic spirits. It’s a wonder that if someone were actually and successfully able to evoke all of the Goetic spirits simultaneously, would they still be alive afterwards, or sane for that matter. If this series of lessons are legitimate (and they are not), they would certainly give Jake Stratton-Kent a run for his money. Still, I doubt if any true practitioner has much to worry about.

Tarot and Divination - “time is an illusion we can control” - Tell that to your boss when you miss deadlines.

Black Magic Spells - “most devastating guide to black magic ever released to the public” - That should keep the root doctors in business for a long time.

Potion Mixology - “psychic potion kits,” - "unleash subtle power of the mind” - Ah, I get it, better living through chemistry. Didn’t Timothy Leary advocate that approach years ago? Well, don’t be too eager to gulp down any of their concoctions, although, they do talk about psychic potions, which means that they are likely imaginary.

And don’t forget, there are two surprise bonus topics! Not to mention that they always say how there’s a limited number of seats available in the upcoming sorcerous semester (15 and going fast), and a 90 day money back guarantee, although it might take someone more than 90 days to figure out that they had been duped. The books of arcane lore are written by special living planetary logoi, all of whom are likely part of the scam (or they could be penned from the same person, which is more likely).

The mysterious author of this website even has a personal note for the would-be student who has any doubts that he or she will become an arcane master after reading and following the course work for just 90 days.

“Devour all my stuff for up to 90 days. If you aren't successful, I'll question your IQ, but I'll also give you a 100% refund. I only require that you let me know which things you tried and what didn't work for you, and how you used them.  If I see that you're REALLY trying, I may even help you personally.”

I suppose that anyone who takes this advertisement seriously should have their IQ examined, but for someone who knows nothing about the occult or magick, it might actually seem too good to be true - but it’s only $77, so why not try it out? Sadly, our American culture has a disparity of critical thinking, and too much motivational reasoning (another way of saying propaganda).

Motivational reasoning is defined as hearing what only reinforces already existing opinions. It means, basically, that if you already know what the truth is, then why listen to any other (and opposing) viewpoints? FOX News knows about this truism, and so did P. T. Barnum, who said that there is a sucker born every minute. Of course, the website is full of quotes from satisfied customers praising the course work and talking about how wickedly powerful they have become. However, a cursory inspection of the internet found this interesting little gem -

“Yes, people it is a scam, a big fat one. Look; i have enrolled in their Arcane mastery and have even their Enchanterx and can say that Academy is a fraud. Most of the work they give is copied from other sites, is free or taken from Kazaa. Their address is non-existent, they sell items which never reach your home and never reply to e-mails.”

While I am unwilling to part with $77.00 USD to investigate and report/review this scam, someone else did the work for me. You can find the review/report here, courtesy of Phoenix Fire, who did everyone a great favor by purchasing and examining the actual material that this website is peddling. You can find her (?) review here.

One of the most damning things that I found in that review was the following quote:

“The main book upon looking at it appears to be very [comprehensive] until it is actually read. [Nothing] is described in detail and there are many omissions. One such example is when they talk about dimensions they give the names without any explanation of what they are. Section after section is explained in just one paragraph with little expansion of any topic. Looking on the internet for extra detail I came across websites that contain the exact information word for word. Looking at publishing dates it appear that this e book is nothing more than a copy and paste of a collection of websites, this includes grammar and spelling mistake's which show they did not even apply the effort to read what they are publishing.”

Hmmmm. It makes me kind of wonder if they have been stealing bits and pieces of my lore and pasting it into their books. I wouldn’t be surprised by that revelation, but I am not at all afraid, since it would be out of context and wouldn’t fit in very well with the rest of the stuff they are unloading on the public. Still, these are the risks that you take in seeking to write substantive articles for the blog-reading public.

One of the funniest things that I saw on the Academy of Sorcery website is the claim that Aleister Crowley was the founder of the Golden Dawn. I am sure that the Great Beast is laughing himself silly in his venerable grave. Perhaps if enough fools take on this course work and study the Golden Dawn material from these hacks they will likely spread this vicious myth, and it will become one of those often quoted urban myths. It will easily identify the speaker or writer as one of the elite morons from the Academy. Anyway, that certainly clinched it for me, not that the various spelling errors, boastful tirades and grammatical mistakes didn’t also turn me off.

So I think that we can happily conclude that the website is a complete and utter fraud. They also don’t seem to be interested in giving out refunds, so caveat emptor. If any of my readers want to learn sorcery and get some “hands on instruction” from a qualified online instructor, then I can recommend Jason Miller’s course at Strategic Sorcery, or Christopher Warnock’s site on Renaissance Astrology, or even Oberon’s Grey School of Wizardry. I can also gratuitously recommend my own four books in print as useful, helpful and accessible. (IMHO)

What we have learned from this article is the following little bit of wisdom: that ritual or ceremonial magick can only be mastered if the seeker is willing to put a lot of time, study, practice and experimentation into it. Thus, a discipline is required, as well as many years of devoted practice (not to mention an investment in books and equipment), in order to transition from a dilettante to an initiate, and thence, to an adept. There are no quick fixes, silver bullets or fast tracks to becoming an accomplished ritual magician. Now you have been warned, and it’s my hope that you will take such lurid advertisements and outrageous boasting claims with a great grain of salt, you will be armed with an adequate amount of reason and wisdom. Beware of the tales of power spun by sorcerous individuals (including me), for they are merely object lessons and not to be confused with the literal truth.
Frater Barrabbas
Posted by Frater.Barrabbas at 12:09 PM