Is Achieving K & C of the HGA Important? 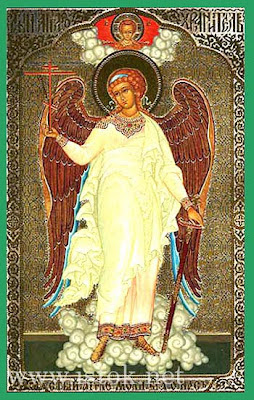 Some magicians in the blogosphere have recently stated that they think that the huge importance placed on a magician achieving the knowledge and conversation with his or her holy guardian angel is rather overblown. It has become something of a badge of honor for some, but I couldn’t agree more with the pundits’ opinion. However, I would stress that some cautionary insights be included to the overall argument.

While it seems to be have become something of status symbol for individuals who have claimed to have undergone the traditional Abramelin ordeal, the actual achievement represents something that harkens back to antiquity itself. In those times, the signature achievement of any sorcerer of repute was that he had acquired, in some manner, a familiar spirit. Whether you call it a person’s genius, higher self, indestructible spirit, over-soul, augoeides, eudaimon or holy guardian angel, it is, in my opinion, variations on the theme of possessing a familiar spirit. I think that all of these entities are one and same, although not everyone would likely share my point of view.

Anyone who has perused the spells listed in the PGM will quickly discover that there were quite a number of different techniques for acquiring the vaunted familiar spirit, and this is still true today. While some purists would thumb their noses at anyone who had claimed to achieve the K & C without performing either the six or eighteen month Abramelin ordeal, I believe that there are as many different ways of achieving this important goal as there are magicians currently practicing the Western mystery tradition. The Bornless One invocation rite (ala Crowley or the Golden Dawn), the Abramelin Lunar ordeal, the Pyramidos rite (again, Crowley), the rite of Beatification (as found in Liber Juratus), summoning a spirit guide, family animal totem, departed ancestor or nature ally (as found in various earth-based religions), and numerous other rites represent the same analogous trial, which is achieving the intimate companionship of a spiritual mediator.

(We won’t spend any time here discussing my belief that there should be some kind of mechanism or peer group assessment to validate that a magician has indeed succeeded in this quest other than just taking his or her word on it. Presently, it seems like many individuals are claiming to have undergone the traditional Abramelin ordeal. Still, it seems to me like there are far too many who are making this claim in order for it to be credible, but woe betide to anyone who would contradict or challenge the claimants to somehow prove their claims. That, of course, is another topic for another time.)

Another point about this whole theme is that acquiring a familiar spirit was one of the first steps that any credible magician would undertake in order to be considered a legitimate sorcerer for-hire. It would seem that having this spiritual aid was what separated the adepts from the would-be dabblers, and I think that this is still a valid consideration. Achieving this quest doesn’t represent the end of all quests for the magician, instead, it represents the very beginning of a more serious practice of ritual magick.

In other words it is just one of many steps to becoming an adept magician, so it is neither a mark of prestige or specialness. It represents that the magician has the ability to mediate the world of spirits with the mundane world, and that he or she has the ability to enact changes in both worlds. A magician with a familiar spirit could also be assumed as having access to inner plane contacts, since he or she would be able to make important spiritual associations through the intercession of that spirit agent.

So it would seem that this achievement, although important, should be never seen as some kind of exclusive club for purist aficionados of the Abramelin system of magick. While I honor those who have taken the time and effort to perform the original Abramelin ordeal, I don’t believe that their achievement somehow makes them better than any other magician.

Unlike the adherents of the “grimoire only” crowd, I happen to know that there are many ways of achieving this goal, and that each ordeal should actually be unique and appropriate to the magician and his or her path. To my way of thinking, successfully mastering a custom path is much more legitimate and authentic than just following what is written in some book or grimoire. We are all impacted by our choices, but one path or choice is not necessarily superior to another for everyone. Anyway, that’s my two cents on this controversy.