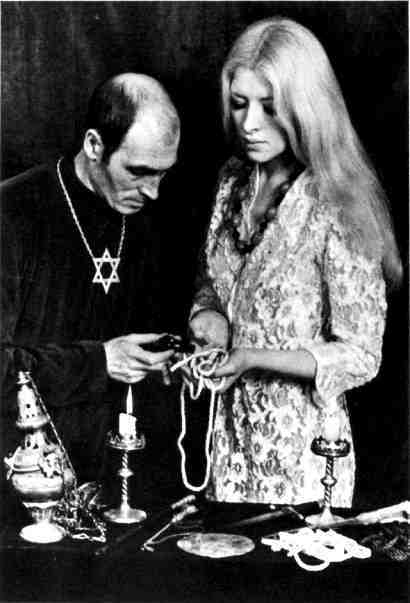 Recently, I wrote a blog article that examined whether or not I am relevant, and I looked at how things had changed over the decades, and that in my opinion, traditional witchcraft within the Gardnerian lineages had changed from being innovative to ultra conservative. Someone who goes by the moniker of “MP” somewhat disagreed with what I said, and also pointed out that innovation for the sake of innovation is no more commendable than mindless preservation and rote mimicry.

I would have to agree with some of what MP said, but since I was a witch in the early 1970's, and I was also aware of what was going on in the very late 1960's, I recall a different kind of activity than what MP said regarding the BTW propensity for conservation. As an Alexandrian, I represent a very different kind of witch from the rank and file Gardnerians, especially the American branch, which has it own peculiarities. Here is the article and MP’s comment.

MP wrote in the comments section:

Also, the emphasis has changed from experimentation to the conservative preservation of the core practices and beliefs.

“A number of BTW people I know, who date back to the 70s, as you do, I believe, would disagree that this is a change ... their point is that they have always been focused on orthopraxy, and retention of core practices, and ALSO noting where additions have been made to their praxis, and where it diverges from core.”

When lineages, pedigrees, lineage vouches and staunch, mindless preservation of the lore become far more important than modification, revision and experimentation, then I think that religious conservatism has become the preeminent force in that tradition.

Innovation for the sake of innovation is no more commendable than mindless preservation and rote mimicry.”

Perhaps one of the greatest examples of what was going on during the late sixties in the Witchcraft arena can be summed up by watching a video that has recently been made available. It is called “Legend of the Witches” and I wrote up an article some months ago that examined that film in detail - you can find it here. Needless to say, what the film shows is that Alexander Sanders and his coven at that time were very experimental in their approach to discovering what witchcraft was.

They were not alone, since quite a number of witches were doing the same thing. The reason is very simple, the amount of actual preserved lore in Witchcraft was quite small and for the most part, inadequate for any kind of in-depth practice. The Book of Shadows was not much more than an outline of many of the liturgical rituals (basic coven rites, the Esbat, initiations and the eight Sabbats), but it lacked any kind of theology or specifically, magical rites. Not every tradition used or followed the witches’ law, also known as the “Ardanes,” so there wasn’t really much depth to the basic Book of Shadows.

Typically, a practicing witch had to research and re-write many of the rituals, including writing in the specific coven-based or tradition-based variations. An initiated witch had her Book of Shadows and some lineage specific lore, but the rest of her practice was culled from many different sources. Becoming a witch wasn’t the end but literally the beginning of a master research effort, and that also consisted of a lot of experimentation. If the witchcraft tradition had been a complete and comprehensive system of religion and magic, then very few individuals would have had any need to incorporate other sources. In fact, it was quite incomplete, and in my opinion, it still is. This is one of the reasons why some witches have referred to themselves as being the “people of the library” instead of the “people of the book,” like their Christian and Jewish counterparts.

I can remember that one thing that characterized my coven experience is that we had to research and build up our own Sabbat rites from the skeleton structures found in the Book of Shadows. We discovered a rich source of lore in British and European Folk traditions, and in many cases, had to write our own Sabbat songs, food recipes, and even music and dances - all of this was missing from the Book of Shadows. We also discovered that the full moons were characterized by the seasons as well as by astrology, and this moon lore was collected and became the foundation for the Esbat. In the BoSh there is no distinction of the different seasonal full moons, there’s just the outline for an Esbat rite, including the various Charges of the Goddess, some of which had been added by Doreen Valiente but seldom credited to her.

When it came down to magical workings, there was also very little in the way of techniques and recipes. Many Gardnerians and Alexandrians embraced the book Aradia, Gospel of the Witches and the Mabinogian, not to mention many other sources, like the Key of Solomon, as representations of additional lore. To master the techniques of meditation and contemplation, we used Eastern techniques, since there wasn’t any traditional techniques elucidated in the Book of Shadows, other than dancing the circle dance. In fact, there wasn’t any directions for assuming a basic trance, but there was a rite used to gain altered states through binding and scourging - although few were a fan of that working.

I could easily point out many other important elements that were missing from either the BoSh or the lineage based lore. During the sixties and seventies, we few members of the BTW were inventing the various traditions that are now being assiduously conserved. I should state that I know all of this first hand and that it is true, because I was there during that time. I lived through it, so I should know what things were like back then.

In the many years that I have been a witch who also practices high magick, I have extended my knowledge and lore of liturgical withcraft to include many different and diverse rituals and practices that were never a part of my original teachings. In fact, I have used the foundation of witchcraft to build what I consider to be a hybrid system of high magick, which is completely harmonious to witchcraft practices and beliefs. I could never have gotten this far with my work if I had been more interested in preserving and perfecting merely what I had been given by my elders. This is especially true since my elders had invented quite a lot of their lore as well, and while I dutifully noted all of this down, I also ceaselessly engaged in researching, building and developing my own new lore. This process continues unabated to this day, and I can say that I am within a decade or so of building a comprehensive system of witchcraft-based high magick. I also believe that this was one of Gardner’s objectives, and he seems to allude to it in his fictional work “High Magic’s Aid.” In that book, ceremonial magic is mixed with pagan witchcraft to produce a methodology that is greater than both traditions. I took that as my guide, and I have proceeded on that pathway ever since.

So, to respond to MP’s statement that conservation was happening at the very beginning of the craft, I believe that this is quite misleading. While it is true that we had to copy our BoSh exactly as the master copy owned by the High Priestess and Priest and we had to learn the basic liturgical lore in order to be elevated to the priesthood ourselves, we understood that we also had begun a spiritual and magical journey that was unprecedented - what we received and learned was just the beginning. We all felt that we were under a powerful obligation to expand our knowledge and add many more pages to our BoSh and lineage lore. Our purpose was to rediscover antique witchcraft and paganism in our own practices, and I believe that process is still mutating and evolving today. For those who believe that their lore is perfected and complete and that the only task that they should and must engage in is to preserve their lore in it’s purest expression, I can only shake my head at their obvious hubris and narrow-mindedness.

Modern Witchcraft is a very young and new religion, and as Ronald Hutton has stated in regards to British Witchcraft, there isn’t likely to be any vestiges of the Old Religion to be found in the historical records. What we have today was cobbled together from various sources a mere sixty years ago. Therefore, we must invent, create, and experiment in order to forge a full and complete tradition. Until that day comes, preservation is nothing more than an historical exercise. It has its value, but the work of creating a fuller and more complete tradition is much more important in my opinion. If the work is halted for any reason or any excuse, then the tradition will begin to die and that death will happen all the more rapidly since Wicca is still in the process of growing and becoming a mature religious tradition.

Now if that seems to be invention and innovation for the mere sake of doing something new and different, then so be it! It is what was done in the sixties and seventies, and there is now more than enough reason to continue this process of development. It is also the unwritten rule that I have followed all of these years, much to my profit and self-mastery.