Thoughts About Occult Training and Education 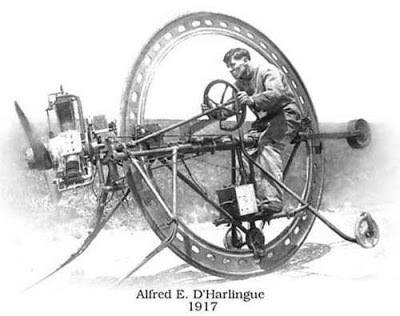 I wanted to put down a few more thoughts about the whole self-training, self-directing and self-initiation discussion that has been going on between a few traditionalists and myself. Some good points have been made in my private conversations and I wanted to share them in this thread before I moved on to other topics. I am not trying to flog a dead horse by continuing to discuss this issue and there are some drawbacks to being completely aloof and independent from any traditional organization. Being a trail blazer makes such an individual something of a hero, but there is also a high cost to electing such a path, and that, in all fairness, also needs to be covered.

Yes indeed, I mostly followed the path of the independent and creative trail blazer and pretty much invented my own system of magick. As I am putting into effect the very last pieces of the puzzle for the first seven degrees of the Order of the Gnostic Star, which also happens to represent my own particular path of growth, I can marvel at what I have accomplished.

However, what I have accomplished has taken me a total of 40 years, and I haven’t even begun to work on the levels of the high adept or master magician (degrees 8 - 10). I certainly have some material, ideas, communications from spirits and other things that I can use to start developing this lore, but at this point most of it is pure speculation.

Not only that, but I probably spent several years tracking down leads during that period that led to nowhere, and I have discarded more lore than I eventually kept. Some experiments provided me with negative proof and forced me to drop or radically alter what I was doing in order for it to be successful. There was quite a bit of trial and error throughout the years, including a fair amount of error or inclusive results. Usually, those of us who are independent talk about our successes and pretty much ignore our failures. You can trust me when I tell you that there were a lot of mistakes, errors, bad practices, erroneous lore, all of which had to be mitigated in order for me to achieve success.

These days I can rely on the fact that the new lore that I develop has a high probability of success, but that’s because I have been researching and writing ritual lore for four decades. That experience has helped me know what will work and what will fail, and I can avoid writing rituals that won’t function as I had planned them to. Still, I can make mistakes, but they are usually minor and easily remedied. That, of course, was not the case when I was starting out, and it remained a problem until I had developed an array of successful ritual lore that I could rely upon, a process that took me a good 15 years to achieve.

Another factor that I had to deal with was the fact that the ritual lore that I had developed and successfully used in the early 1980's was very idiosyncratic and based on my own personal pagan and occult system of beliefs. Some of those beliefs were erroneous and needed to be corrected, while I had to ultimately justify the rest of the lore when I sought to make it useable to trial members of the new magical order that we had collectively founded. What this did was force me to rewrite all of the ritual lore using the agreed upon occult beliefs and philosophies of the Order. That effort took me another four years, and then I just continued to build the new ritual lore on top of that foundation. However, when I look at the original rituals that I wrote up between 1981 and 1983, I can see how inappropriate much of that ritual lore would be to someone who didn’t share a lot of my intimate occult beliefs.

So, if you add up all the of years it took me to develop a powerful and generalized system of magick that was useful to more individuals than myself, the final total is something in the area of 20 years - of that, 15 years was spent on the foundational ritual lore itself. That time period represents the span of time from when I first developed my unique system of magick and when it was finally fully capable of being used by people other than myself. We are talking about me having to spend an enormous amount of time and effort creating something that was actually already in existence. The foundational lore that I have developed would have been accessible to someone who had joined a traditional Golden Dawn organization, especially if it also had a robust and well developed second order. Thus, I spent many years reinventing the wheel. I had no choice because there wasn’t any Golden Dawn order for me to join, and there weren’t any published books (like David Griffin’s “Ritual Magic Manual”) that showed in detail how to perform magic using the Golden Dawn system.

Do I regret all the time that I spent creating a new system of magick? Absolutely not! However, would I recommend that anyone else spend their time in this present day, with all of the available material and groups at their disposal, building a system of magick from scratch? My answer is actually no, I wouldn't recommend anyone trying to build their own system of magick. If someone had a special calling and felt compelled to follow this path, I would wish them well, and perhaps they might take less time than I did because there is such more information available.

However, considering that it takes only four years or so for someone to master the Golden Dawn system and undergo the rigorous curriculum and receive mentoring and guidance from experienced adepts, I believe that to be a much better way of mastering the western system of magick. Compare four years to approximately 15 to 20 years and you will easily see that there’s really no comparison at all. If I were starting out today, I would join the Golden Dawn and get my foundational knowledge fully established, and then once that was completed, I would be able to experiment with completely new forms. I would have the same competence and expertise that I have now, yet without having used up two decades of my life in getting there.

Traditional organizations are important for beginners and intermediate students, and they will therefore be around for many years in the future. One could also say the same thing about fully developed adepts. (I would be foolish to turn down an open offer for the comradery, help and assistance of an existing tradition if they would accept my particular way of working magick and my present accomplishments.)

The organization structure of such traditional organizations might change, as would the method of communicating and outreach, but the fundamental purpose of these traditions as teaching bodies will in no way fade from the occult scene. If for some reason occult colleges and traditional orders would completely disappear from the western world then I would judge that world to be very poor and forsaken indeed. Anyway, that’s my final opinion on this matter, and I hope that we can all agree that getting good training is vitally important for any magician at some point on his or her spiritual path. Being completely independent and reinventing the wheel (as I have done), although quite possible, would likely take the average magician and occultist far too long to be useful.