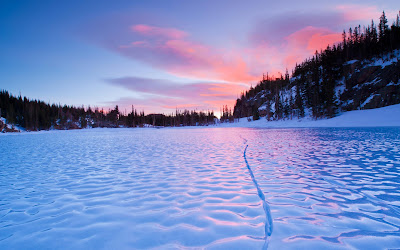 A Bitter Cold Vernal Equinox to you, too.

Well, I made it through another Paganicon, although this year my attendance was very brief compared to last year. I didn’t get a room at the hotel, and I was only able to stay a few hours on Saturday and Sunday. Weekends are usually the only quality time that my girlfriend and I have together since she started her clinical training in a town that is a two hour drive south from our home. Also, I had other responsibilities to attend to, such as getting back to feed and let out our dog. As long as Grace is undergoing this educational process, my ability to go on any extended trips is quite limited. The weather was also pretty odious, even for the Twin Cities, and it was yet another factor. I have never been a big fan of the northern winters, and this year my patience has been really taxed.

I only got to attend one workshop besides my own, and that was one presented by Brandy Williams on the topic of “Pagan Theurgy,” which also covered a brief history of Neoplatonism. I missed out on Orion Foxwood’s workshop, “Candle and the Crossroads” because of a need to tend to some mundane concerns. I managed to sneak in and get around 10 minutes of his talk, but then didn’t want to disturb the talk by trying to go back, and by then it was nearly over. I also got to talk a while with Brandy and share some thoughts and ideas about magic, occultism, Thelema and being a part-time author. I didn’t get a chance to chat with Orion, which was disappointing. I would very much like a chance to chat with him, but there have been few opportunities when we have met previously, mostly at Pantheacon. He is an inspirational individual, and I have many questions to ask him and topics of mutual interest. Perhaps some day we will get that opportunity, particularly if I continue to make myself available for gatherings.

Brandy Williams is quite an excellent author and writer. I have secretly modeled my literary ambitions after hers, and I have often admired her, at least from a distance. So she has kind of functioned as a role model for me, starting out as an Immanion author and continuing to write and publish for other publishers as well. I was very delighted to spend some of my precious time talking with her about various subjects. Her approach to magick, paganism and occultism is nothing short of inspirational. I got a number of ideas and thought provoking insights in my mind just from attending her class on Theurgy. I was happy to acknowledge to myself that the system of magick that I use has all of the points of Neoplatonic Theurgy amply covered, including statue animation. It appears that a number of us are getting very deeply into Iamblichus and the writings of the late pagan Neoplatonists, knowing that they represent the point in time where we should pick up their work and continue moving it into the far future.

I got to tell her that my pet idea is that the Indian esoteric philosophers of the golden age of Indian culture, which occurred as Rome slipped into the dark ages, seemed to continue on where the Neoplatonic philosophers had left off in Harran. Where Iamblichus stated that the human soul can never be of the same substance or level of being as the Gods, the discipline of Advaita Vendanta showed that the Godhead in every man and woman is commensurate with the absolute Godhead (“there can be no difference between Brahman and Atman”). I sense that there is a continuity of the esoteric strain of philosophy from Europe, to Harran, and thence, to India, where it continued to thrive and grow. Perhaps we in the West can finally complete Neoplatonism by considering Indian esoteric philosophy to be its crowning achievement. I will have to think more about this interesting insight.

Lunch on Saturday was spent with my friend Steven Posch who I consider to be one of the living pagan treasures in our community of Paganistan (a term he has famously coined). He is a pagan poet of great renown, an excellent public liturgist, rabble rousing Jewitch and all around excellent gadfly. He is also avidly pursuing the secrets of the late demise of Baltic paganism only recently becoming available to the west, and in this area, he is acquiring a great deal of authentic pagan lore, ostensibly to pad out his own particular linage and witchcraft practice. He’s one of the few who actually knows how to count to 20 using the Witchcraft language. Lunch with Steve is always full of interesting conversation and banter.

My friend Paul Rucker, who is something of an illuminating pagan artist, along with Helda HedgeWalker and others hosted a visual presentation at the Sacred Gallery Space. While Paul was quite busy and I only saw him in passing, the Sacred Gallery was quite an exquisite exhibition of pagan artists. I sat in the gallery, which was a converted suite, for a short while fully galvanized by the beauty and artistry of the paintings and works of art carefully placed over most of the wall space. It was done tastefully and to great effect. I am only sorry that I couldn’t tell him how much I liked and appreciated what he and others had accomplished.

I also got to hang out for a little while with a group of young friends. In talking with them and spending my last lunch with them, I found that perhaps I am not so much a dinosaur as I had thought. In the beginning of my autumn years, I probably do have something of importance to pass on to younger members of my pagan and wiccan community. We will see if I have any relevant thoughts or ideas in the decades to come when I am nothing more than a forgotten monument in some graveyard.

My class was very sparsely attended, but at least those who attended were very engaged with what I was teaching and understood what I was attempting to communicate. They were a bright group of individuals, and they also bought a number of my books as well. I have been selling my copies of MARM volumes 1 though 3 at a huge discount because the MARM Omnibus edition should be coming out in the next few weeks. In the next couple of months I will reprise a more extended version of my Practical Qabalah in Brief workshop at the local occult bookstores and see if more people will be interested in attending. Based on that experiment, I will either move forward with putting together a weekend long intensive workshop, or I will consider the Qablah not be a good topic to try to teach in the Twin Cities.

A final note - my travels to and from the Paganicon hotel were made more precarious by a freak winter storm that happened on Friday. I had to leave quite early Saturday morning to make the 32 mile trip to the hotel, and the roads were not sufficiently cleared to make the trip easy. In my neck of the woods (literally) the roads were hazardous and even the freeway system was not completely clear. Thankfully, the traffic was light, but it was a slightly harrowing trip to get to the hotel in time to deliver my presentation. After that morning trip, the roads were quite clear and bare, even though the weather was quite cold. Here it is nigh on the Vernal Equinox add it feels more like January weather. I have noticed no signs of spring and it is likely that winter will continue well into April, which is not an uncommon thing. Only the brightness and warmth of the sun betrays the lateness of the season, and then it can only be experienced while sitting in a car, where the inside heats up to coatless temperatures rather quickly.

I have to say that I am quite over winter, even though nature hasn’t caught on to my mood or up to my expectations. Such a winter that we have had only makes me long for warmer climates. I guess you could say that I am wishing to leave the Twin Cities and when I have these kinds of impressions, the reality is not too long in coming. I sense that I might just get an opportunity to move somewhere else in the next couple of years. I had not previously felt that way, but I do feel it now. I will take it as a kind of omen and as I have said, time will tell how it all turns out.