Trouble with Duality for Pagans and Witches 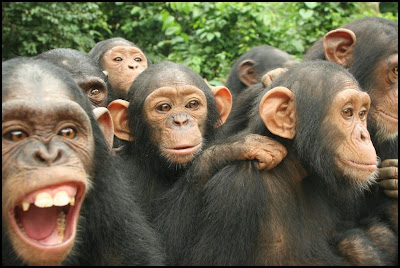 Duality and dualism, as well as thinking and behaving in an opposing manner has pretty much saturated our culture and has become ironically something of a multi-faceted theme in our current world. This has become lionized by the statement “it’s Us against Them!” and it has given people a polarized and mythic prism in which to engage the world. We saw this in the second world war where the Axis powers were ultimately defeated by the glorious Allies, who soon afterwards had an inglorious falling out. Then the cold war with its theme of western capitalism fighting against eastern communistic aggression lasted for nearly 40 years. Now we have Christians against Muslim terrorists, liberals against conservatives, atheists against fundamentalist Christians, secularists against people of faith, Pro-Choice against Pro-Life, aggressive gays pushing their agenda for civil liberties against the strenuous objections of die-hard straights, blacks against whites against browns and everybody else, the list is nearly endless. Pick a side, and somebody will stake their life and its purpose on the opposing faction. It’s a carnival of human stupidity!

We can watch endless hours of so-called news TV and get sucked into this kind of political Kabuki theater, aligning ourselves with our favorite pundits and expressing outrage at the supposed insurgent antics of the opposition. In fact there doesn’t appear to be a loyal political opposition anymore, just the hated opponents. We now see those with opposing views as somehow imbued with “otherness” that seeks to contaminate us with their obvious and odious evil intentions. Our reflexive repulsion at the extreme qualities of this opposition is really nothing more than all of us seeing through the mirror very darkly, indeed.

We see ourselves allied with angels and fighting against the demonic hoards here in our own communities and homes. Such a pageantry is most distressful, but underlies something much more sinister and compelling. The public is being completely hoodwinked by the power elite who have disguised this mythic battle in terms that ignites people’s fears but not their minds. If we continue to idle away our time fighting these imaginary battles, then we will be easily led to our ultimate destiny, to be slaves of the corporatist machine. Instead of an epic battle between good and evil there is just a cold, ruthless grasping for power and a cynical tarring and pillorying of straw men and imaginary evil adversaries. These so-called enemies are actually figments of our imagination, but they serve to hide the business as usual activities of those in power.

Sometimes I find myself ignoring the news for days because I have found that the persistent noise and distraction is so pervasive as to be nearly unavoidable. I also try to ignore Face Book news stream postings for the same reason, since it pains me to observe so many obviously good people falling prey to malicious disinformation and maudlin mendacity. I have to sadly shake my head when I see how some people are so fixated on all kinds of idiotic conspiracies, but I also realize that critical thinking is often in short supply or non-existent. However, the way out of this terrible Manichean world catastrophe is to realize that there are never just two opposing opinions about any issue. To force yourself to think of a third, fourth or even more points of view to any given hot-ticket issue is to be liberated from this awful political and social dualism that plagues our post-modern world.

None of this is revelatory, as such polarizing sentiments and perspectives have been known to materialize at certain times in the past, and I might add, all too frequently. Yet to step outside of this pandemonium-like din even briefly is to find a kind of empty and peaceful solace, a place where one can think, rationalize and apply some critical thinking skills to the real issues of the day. Still, what this means is that we can all see the damage that duality is wrecking upon our media saturated world, and that duality by itself is the greatest vice and obstacle for all thinking and reasoning people. So, when I say that duality isn’t good for pagans and witches, I also mean that it isn’t particularly healthy for anyone. Taken to extremes, polarized thought can even temporarily cause a rational and sane person to become violent and dangerous, not to mention what it can do to a crowd of people. Before we slip over the edge from hotly opposing views to violent insurrection, let us pause, take a breath, relax, and let go of our ardent and cherished beliefs for just a moment.

Ah, that’s much better, isn’t it? You can feel the tension drain away, and the awful things that you were thinking are now quite plainly, awful. You can also see that such carrying on does nothing more than throw gasoline on a small fire, making it a much bigger fire. As you stand with a clear head and begin to philosophize, you will no doubt wonder how we got into this mess in the first place. I wonder that quite often myself. It makes me somewhat afraid for the future, and I am quite the optimist.

The source of all of this social polarization and sorting out is nothing more than a collection of media based corporations that are intent on selling themselves in the most sensational manner possible. It is, therefore, attributed to their greed that they amplify small inconsequential matters into huge crises, and this becomes the order of the day, every day of the week. Yet this is a theme that is all too familiar to anyone who has ever been forced to go to church and listen to some pastor rant and rave about the sinful world we live in. Having heard such sermons, we will undoubtedly know the source of this duality. It is a major and important part of Christianity, especially Protestant Evangelism. Nothing compells a sinner to be repentant and remorseful (and also cough up some money for the offering basket) than a good old fashioned verbal exhortation of hell-fire, wicked sinners, the blessed saved, and the end of days. But if you are a pagan or a witch and you are not a believer in this mythic tale, then certainly you should resist and even deny it as relevant.

If denying the whole mythic theme of guilt, redemption, eternal damnation, and the constant warfare of good and evil locked in mortal conflict is an important affirmation for pagans and witches, then the rest of the dualistic opposition that has so seduced our society should also be deemed irrelevant and emphatically dropped. There is no need to be sectarian about our pagan beliefs and practices, since that is a contradiction of what it is to be a pagan. To us, all Gods are valid and true, or they are all invalid, including our own. So, pagans and witches shouldn’t see the world as a constant war between good and evil. Instead, we should see the world as being a natural confluence of light and darkness, each blending into the other to create the harmony of day and night, and the perfection of the natural world. We accept Nature as it is, and we don’t try to color or taint it as something other than what it naturally is. Animals don’t need to know the difference between good and evil, right and wrong, but we humans have had to adopt certain codes of conduct and behavior. Otherwise, as the most dangerous creature on the planet, we would destroy ourselves and all living things.

The natural way is what the Chinese call the Tao, the Way of Nature, which has no premeditation or contrived manner of being. It is the way of the uncarved block. Following such a path would cause us to judge things and events only when sufficient information has presented itself, otherwise we would remain neutral and uncommitted, silent but resolved. Thus, we would judge everything individually and would avoid heaping things into too generalized of a category. What this means is that we would no longer play into the games of polarizing beliefs and myths, but would instead try to independently judge a thing using our own reason and logic.

If someone were to say that gay men are an evil menace to our Christian values as a society, we would ask them to prove that all such men could be so generalized, and that our society is steadfastly secular (not Christian), and for good reason. If another person said that the secular society is engaging in a persecution of the Christian faith, we would respond that there is no proof. We still have churches where people are peacefully gathering on Sundays, there is still Easter and Christmas on our nation’s calendar, and people are behaving pretty much as they always have done. We would question these many false claims and find no evidence for them, and we would say that they cannot be facts - only hearsay urban myths.

If enough people did this, then the cable news channels would find themselves out of business. At least if pagans and witches took this kind of perspective to heart, then suddenly, we would no longer be one of the partisans in the ever-present social conflict. A real solution is to actively question everyone and everything, but quietly and internally, at first.

There was a cool saying that was passed around in the late 60's, almost to the point of it becoming a meaningless metaphor. It was supposedly first stated by Timothy Leary in 1967 (at the Human Be-in gathering), words of wisdom spoken by the Godfather of LSD and the High Priest of psychedelics. He said, “Turn on, tune in and drop out!” I would recommend that my fellow witches and pagans follow this advice. We should turn ourselves on to the many sacraments and joys of life, then tune in to nature and what is really going on in our world, and then we should drop out of the partisan rat-race that’s eating everyone else alive.

The actual quote was: “Like every great religion of the past we seek to find the divinity within and to express this revelation in a life of glorification and the worship of God. These ancient goals we define in the metaphor of the present — turn on, tune in, drop out”

Still, the most important thing to do is to remove yourself entirely from the polarizing media circus that is happening out there and focus on the simple and direct things that are really important. Whenever you come across a heated and polarized discussion, or two warring viewpoints at odds with each other, try to think of a third, fourth or even a fifth perspective. Bedevil your family, acquaintances and even strangers with these other perspectives whenever and wherever possible. Never lose your ability to remain a free thinker, capable of independent and deep critical insights, and empowered with the ability to know personal truth from social bullshit. And most importantly, never lose your sense of humor. Because in the end, all of this noise and cacophony is just the sound of change, and also the fear of change.

May you forever avoid the curse of duality!