Am I Becoming a BNM, BNW or BNP? 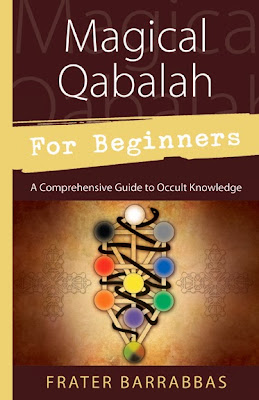 This month I got my statement from Llewellyn Worldwide about my book published by them this year entitled “Magical Qabalah For Beginners” and I was happy to note that in the last six months, from January through June 2013, my book sold 752 copies, both paper and electronic. That’s more books sold in six months than I have sold since my first book was published in May 2007. It may not seem like a lot of books, and certainly the royalties from those sales don’t amount to much money, but it is a good sign. Perhaps as one of my young associates has told me about this book that it will become more popular over time, becoming one of the “must read” books if one is at all interested in the Qabalah. It also means that I might have a decent chance of publishing future books either with Llewellyn or some other top occult publisher.

I also haven’t given up on the idea of self-publishing some of the documents and rituals associated with the Order of the Gnostic Star, since that would at least help individuals to master the art of ritual magick outside of the Golden Dawn dominated structures and discipline. Wiccan and Pagans would find the methodologies that I have developed to practice magick far more sympathetic to their existing methods of working magick than adopting a Golden Dawn based one, or attempting to activate one of the hoary old Christian grimoires from the late renaissance. Of course, that's just my opinion.

As the author of “Magical Qabalah for Beginners” I can say that the book is quite comprehensive. If you purchased this book and used it to adopt a system of Qabalistic magick for yourself, you wouldn’t really need to buy another book in order to fully activate that system. The book covers all of the basic areas of both theory and practice, and even delves into some rather complex and advanced topics. I don’t know of very many beginner books that examine the nature of the Qliphoth, discuss in detail the history and evolution of the Qabalah, or for that matter, give the student a series of rituals to perform all of the basic operations in that discipline.

So, yes, this book is comprehensive and I would highly recommend it, particularly those who are religiously pagan and not very knowledgeable of the Qabalah. My approach was crafted for those who find the typical Abrahamic religious bias of occultism and magick to be troubling or just a complete altogether turn-off. Since Greek (and pagan) Neoplatonism and Neopythagoreanism are to be found in the modern Qabalah, along with a mixture of Jewish Gnosticism, it can be used by Wiccans and Pagans without causing them any amount of cultural dissonance or attempting to employ obviously clashing religious paradigms. I believe that the Qabalah is for everyone who is dedicated to the Western Mystery tradition, and that would include all of the newly developed religions of the Neopagan diaspora. So, if you haven’t already purchased a copy of this book, please pick up a copy. It is quite inexpensive, being around $10 to $12, depending on where you buy it. I believe that it is a worthy acquisition, and it is easy to read.

Anyway, now that I have happily learned about how well my new book is selling, I guess that brings up the question, am I becoming an evil BNP, BNM, BNW or a BNA? These are acronyms coined by Morgan Drake Eckstein in his blog that mean “Big Name Pagan”, “Big Name Magician”, “Big Name Witch” or “Big Name Author.” Of course, there are good members of this crowd, but also a lot of bad members. Considering my very modest success at book selling, or that I was turned down this year regarding four interesting possible lectures at Pantheacon, or that I am mostly pretty obscure according to the latest google search, I would have to say that I am still “small potatoes.”

I don’t have the name recognition of a Donald Michael Kraig or a Lon Milo Duquette. In fact, I haven’t even figured out what I would like to teach classes about, or how to even locally market myself. A couple of years ago I had all of this completely worked out, but now those ideas don’t seem particularly relevant or interesting. I have been pretty busy with my regular day job, doing my usual reading and research, practicing occasional magical ordeals and battling with my health problems. There is nothing seriously physically wrong with me so far, but my sleeping disorder and the cataract surgery that I needed to have last November (to keep me from going blind in one eye) have really kicked my butt for most of the year. I hope to remedy all of these petty maladies and get back into working some more heavy magical workings, writing and researching, particularly now that winter is already returning to the northern tundra states. Maybe I will even figure out what I want to present to the public. Well, maybe.

It has been a year of changes, self-doubts and self-questioning for sure, and I don’t believe that I have reached an end to this internal inquiry. So, with all that weighing me down, I sincerely doubt that I will ever get a “big head” and start to believe my own PR. In fact, right now, I don’t even have any PR to promote to others let alone misguidedly believe in myself. This process of self-questioning, and the fact that I have too many close obnoxious friends who will happily tell me their scathing opinions about me if I start getting too big for my britches, will ensure that I remain fairly humble and knocked down-to-earth for years to come.

There’s nothing like a big dose of reality to make anyone see their own flaws and follies if they are the least bit perceptive and open. The only way anyone could worship themselves and believe completely in their own PR is if they lived in a bubble that excluded any contrary opinions, perspectives, philosophies or comments. My friends and my lady have made certain that I am not allowed the indulgence of such a bubble, so I doubt that success or fame will change who I am, that is, if anything like that happens to me. I suspect that misbegotten fame in the pagan and occult communities has to be relentlessly sought at the expense of everything else, and I just don’t have the interest nor the inclination to be that way. I am more interested in openly sharing my ideas with other folks, even if they don’t believe in the same ideals or philosophies that I believe in.

As I manage to pull together future books and somehow, amidst all of the other things I am trying to do, get them into print, I think that I will be just too busy with life to bother with any kind of celebrity mind-set. So to answer the question, I doubt greatly if I will ever succumb to being an evil or even a good BNP, a BNW, a BNM or a BNA - it just isn’t in my blood to pursue this kind of facade. And that, I remark, is said through the disguise of my pen-name.