Strange and Sinister Qualities of Otherness 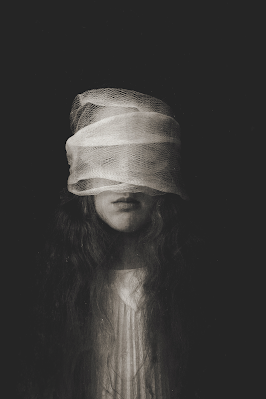 “And now for something completely different.” - Monty Python

Otherness and the stigma of being defined as “other” is a way of classifying something or someone as not being normal, acceptable or not belonging to the group. It is also a quality of the preternatural or paranormal experiences that can accompany magical or mystical activity. This dual semantic meaning represents two very different perspectives - one based on prejudice and the other based on wonder and awe, yet they are linked in some very interesting ways.

When the connotation of otherness is applied to a group of people who are different in some manner (often superficially) then what is occurring is a form of racism, ethnic exclusion or bigotry. It is a process of dehumanizing a group of people to allow its antagonists to behave with extreme prejudice without any accompanying guilt or doubt. When a group is dehumanized then it is easy to denigrate and persecute them, justifying and even making a virtue out of the collective cruelty and evil perpetrated against them. It is a way of justifying prejudice and excusing antipathy for what is truly an overall lack of compassion and empathy.

Not everyone is capable of allowing prejudice to guide their actions towards a group of people who seem different, but some seem particularly disposed toward this mind-set. It is a simple solution to a very complex social phenomena, that social diversity and multiplicity is responsible for personal failings. It is also motivated by the fear and loathing of the unknown, and an intolerance towards anything that is different than what is accepted as right and, supposedly, good. It is, in fact, a propensity for those whose political affiliations are conservative and whose religious perspectives are highly sectarian and inflexible.

Through my many years of practicing Witchcraft and being engaged with the outlying pagan and occult communities, I have seen both a tendency of inclusion and also, oddly, exclusion. When I have gone to pagan gatherings I have found that there is typically a small minority of black people in attendance, and in some gatherings, I saw none. While this community has, for the most part, been inclusive, accepting individuals and groups that would find a tolerant community in which to belong nearly impossible for them, there are other groups who are not so accepting. I recall a group of wonderful young gothic Satanists who were treated in a prejudicial manner at one pagan gathering (they had to leave early), and I also witnessed a “women’s only” private gathering turn away transgender women as not “true” women. These are problems within our group, but with such a socially diverse population of people who consider themselves members, it is my hope that such exclusions will become more rare or even nonexistent.

What I can say is that for the most part, pagan and occult communities are inclusive and accepting because all of them have experienced the sting of prejudice, rejection and even persecution. These people know what it is like to be excluded, mocked, and socially ostracized, so they should be sensitive and self-aware about being that way themselves. Witches and Pagans are the paragon of otherness, and they passionately love and celebrate it, much to the dismay of those who believe that the White, Saxon, Protestant way of life represents the only thing good in American culture. There are so many fascinating things happening when different cultures, races and ethnicity meet and peacefully interact and create a new way of seeing and loving the world. That is the operation of human diversity in action, and I have seen it as a great goodness, and a powerful, positive cultural process. It can and it should be a guiding principle for all Witches, Pagans and occultists in general.

Then there is the “otherness” that marks a paranormal experience. That kind of “other” is not represented by any identifiable group and it is not a reaction based on prejudice or bigotry. It is not the stigmatizing of an individual or a group, since it is the direct experience with phenomena that is unknowable and inexplicable. For those people who cannot accept diversity and cannot face something that is incapable of being neatly defined or classified, encountering the domain of the paranormal represents the height of fear and rejection within them. They will either flee the source of such phenomenon or they will reject and disbelieve it, pretending that it doesn’t exist. If they are religiously conservative they will readily define it as evil and associate it with the Devil. To many Witches and Pagans, the experience of paranormal activity is the very thing that they seek to verify their belief in the efficacy of magic and the incursion of Spirit into the material world.

All religious individuals who experience the paranormal phenomena of Spirit in the context of religious activity will define that experience as an affirmation of their belief and as a foundation for their faith. When such experiences occur outside of a religious context then they will be likely defined as being malefic and diabolical, an uncalled for spiritual sign, or a mere coincidence. This process of defining such an experience will depend on the person’s religious orientation, whether they are a conservative monotheist, an open minded religionist, a polytheist or an atheist.

A Witch, Pagan or occultist will see such a phenomena as a very positive sign, and in fact, they might be more open to observing such experiences as a normal part of their existence, therefore, experiencing them often and pervasively. I would have to classify myself in that category, since I have seen a lot paranormal phenomenon occur often in my daily life. Am I hallucinating or deluded?  Not at all. I am just sensitively aware of my environment and open to the wonder that is the world not filtered by rigid assumptions and beliefs. That is the most important key to engaging with and being immersed in paranormal phenomena, to be open, sensitive and aware. Having developed this kind of mind-set over the passage of many years, I find that such occurrences happen often and frequently - making them not so paranormal after all. All you have to do is to look for them with an open mind and a heightened sensitivity and they will be readily perceived.

Some paranormal experiences are just curious occurrences that get my attention, as I go about my daily business. They might be a bit odd, certainly curious, but not exceptionally so. However, when working ritual magic, meditation or just being aware to a heightened degree, there are times when such phenomena cause my spine to tingle, the hair on the back of my neck to stand up and my senses to switch into a different mode of perception, one that I associate with the reception and sense of the magic in the world. I can truly say that I live for those moments, and they have made some of my more memorable magical experiences powerful and deeply meaningful. It is times like these when I know that the magic is working and that I have entered a kind of spiritual twilight zone where thought becomes form and form becomes thought, the nexus of all conscious being. It is also the place where I meet and socialize in my mind with various spirits, deities, angels, demons, fairies, and the ghosts of human ancestors. It is also place, a domain of spirit, and the roads that lead to it and through it are the ghostly roads of arcane knowledge. There are powers and energies there, buried treasures, and there are brilliant lights and a Stygian darkness overall. It is, in fact, a total and complete personification of the paranormal “other” that fuels both magic and mysticism, and gives life to all religious beliefs and practices.

This is the “other” that represents the mysteries and magic of our world, and it is to be embraced and celebrated. We can only encounter this domain if we have removed our prejudices, fear, and denial and instead we have become fully open and aware. It also requires a heightened sensitivity that can be developed through the arts of meditation, breath-control, trance, contemplation and some years of steadfast practice. Using psychotropic substances can help in the short term, but only meditation will make that sensitivity a uniform and permanent part of one’s perceptual awareness. Engaging in practices that manipulate the symbolic world, such as ritual magic, will be the final piece in this transformation of conscious awareness. These practices represent the means to obtaining an awareness of the paranormal world that resides and pervades our mundane world. All we have to do is consistently engage in them, the rest will follow as that practice matures and becomes a kind of second nature.

Now that you know that “otherness” is something to embrace, it should eliminate from your mind any kind of prejudice against that which is different, abnormal or paranormal. This is, of course, the required state for perfecting the art of ritual magic.

Posted by Frater.Barrabbas at 9:07 AM