Going Forward Into the New Year 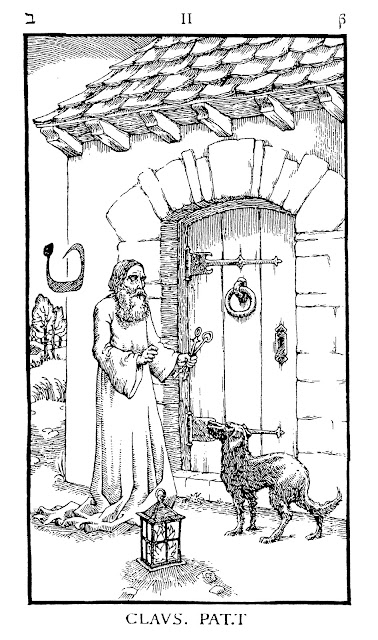 For many pagans and witches, the time period after Samhain/Hallows is like the beginning of a new year and the ending of the old. It’s a time of reflection and going within, for remembrance and renewing spiritual and social ties. Even though the weather up here in Minnesota is presently quite mild and pleasant, sunny and even a bit warm, that will change drastically and completely in just a few weeks. This period is like the quiet and gentle pause before the storm, a moment of pleasant idyl before winter locks the land in its icy grip.

My plans for the next several months are going to be quite intensely busy and fully engaged on many different levels. A lot has been put aside in the last few months until the near future when there will be nothing but time to burn and tasks to complete. Winter up here locks us indoors, since both travel and communing with nature becomes curtailed, especially when you live in the country as I do. I will continue to expand my writing projects, both in the area of non-fiction and fiction. I am still pledged to put out my vampire trilogy and start working on some other stories, I seem to have a myriad of them in my head. I have completed four online classes on learning to write fiction and I will be starting another one in early December. I have found them to be quite illuminating and fascinating. I have also started a new book on ritual magick, which will be my fifth – I will talk more about that topic in a moment. I also need to pick up on the threads of my nearly completed Abramelin Lunar Ordeal, which I can now finish. I have recently been given the last important piece that will pull everything together. I also feel more whole and complete to begin to seek out my final destiny, both on a spiritual, magickal and material level.

This year has been quite remarkable for me in many ways. I started out last November doing the seven week Abramelin Lunar Ordeal, and since that working, many astounding and remarkable things have happened to me – and they continue to happen to me. Many of the arcane puzzles that I have pondered over or struggled to understand for the last several years or more have amazingly been revealed to me. It’s not that I am a dunce or muddle headed, it’s just that I am living in a time of incredible clarity. I also seem to sense a lot more hyperbole on the part of others as well, and I also can sense it in myself more readily. I have made some very important new friends, and also, had to let some individuals slip back into my past. The key for me is relevancy to my current spiritual path and pursuits. I feel as though time is slipping away from me and that I have to complete a mountain of work before my allotted time in this wonderful and glorious life ceases to be. I am hoping that fate and destiny will grant me the time that I need to get the important tasks completed before death overtakes me. As a middle aged man, I find that death is much more closer to me than it was when I was a young man in my twenties – in those times, life seemed nearly endless and eternal. Now it has become a precious commodity to me.

As for projects, I have the specifications to do a complete rewrite on the Grimoire Armadel, changing it from a Christian based grimoire to one that is Gnostic and Hermetic based. I hope to either self-publish the results or hand it out as a PDF to those who are interested. I am also working on putting together a comprehensive spirit list that will integrate the astrological decan faces and the quinarians into a complete and definitive system. I will use this spirit list and the definitions of the decans and quinarians to truly define and qualify the angels of the Ha-Shem and the Goetic Demons. I have long felt that the definitions and qualities of the Goetic Demons were based on legendary occult information that was highly antiquated and too much aligned with Christian theology. I think that the decan faces are the key to determining the qualities and characteristics of the quinarians, which would consist of a polarization of day and night, light and darkness to the base meaning of the decan face. My third project is to build a system of magick to invoke and evoke the spirits of the Goetia-Theurgia, the second book of the Lemegeton. I will also probably need to refine the definitions, qualities and characteristics of these entities, producing a complete and operant system to access and employ these entities. At present, I am unaware that anyone else is working with these specific spirits – it should be interesting to begin to invoke a few of them to examine their qualities in greater detail.

Those three projects will keep me quite busy, but I will work on them and hopefully get them done by summer, when such arduous tasks will be replaced with a desire to commune with nature.

My book project, which I mentioned above, is to write a non-fiction book that can function as a bridge to the more advanced rituals in the grimoire of the Order of the Gnostic Star. My audience will be witches and pagans who want to transition to working more advanced rituals, but who are not interested in fully engaging in the massively complex materials of the discipline of ceremonial magick. As you probably know, I don’t consider myself a ceremonial magician.

Long ago, I built a hybrid system of magick that blended some concepts, structures and ideas from the Golden Dawn, Thelemic magick and basic Gardnerian/Alexandrian witchcraft. I work a system of magick where the fundamental paradigm is immersion, since all magickal work is done in a consecrated magick circle. To ensure that I am warded while working complex and powerful invocations or evocations, I assume my personal godhead, which not only protects me, but also assists in ensuring that the magick is successful. My personal godhead also helps to interpret and choreograph the magickal process for me. (Doesn’t that sound similar to a witch having a familiar spirit?)

Anyway, the book will focus on just four ritual constructs, which a witch or pagan can add to what they already practice instead of having to start from the beginning. I would like to quote a short paragraph from my proposal. The book has a tentative title of “Pagan Ritual Magick.”

“Pagan Ritual Magick is a book that acts as a bridge for the competent beginning witch or pagan to acquire the magickal techniques and knowledge of high or ceremonial magick. This work assumes that a witch or pagan has already mastered the basic practices of earth-based magick and spirituality, and now seeks to engage in slightly more advanced lore. While most books on the topic of ritual or ceremonial magick seek to engage the reader as if they had no prior occult knowledge or experience, and promote a system that is different than what is already being used, this work seeks to build on the knowledge that Wiccans and Pagans have acquired. The premise is that a witch or pagan can quickly start working a form of ceremonial magick, which I call ‘ritual magick,’ by adopting four new rituals and some new techniques.

Pagan Ritual Magick contains 24 chapters of relevant material for the practicing witch or pagan. It has several different ritual patterns, but no actual rituals. Focus is placed on four specific ritual patterns that can be added to the basic witch lore already mastered. These four rituals are:


The reason why I present ritual patterns with in-depth explanations instead of actual rituals is that I want to encourage the reader to craft their own rituals, using their personal pantheon and beliefs to accomplish that end. If I were to supply completed rituals, then I would have to assume that whatever personal system and beliefs I held would be attractive and useful to the average practitioner, an assumption that I feel would likely fail.”

I can say with certainty that this will be the last “bridge” book that I will write. I started writing bridge books back in the mid 90's, and I feel that I have exhausted that vein of creativity. All of the MARM series of books and the Disciple’s Guide to Ritual Magick are bridge books. Pagan Ritual Magick will be the last of that set, since there will be a complete graduated series of steps for nearly any student at any level of ritual magick to be capable of mastering the lore the Order of the Gnostic Star, which was my aim and purpose when I started this process fifteen years ago.

As for the Abramelin Lunar Ordeal, the missing piece that was given to me recently during a session of communing with my HGA was surprisingly simple, available, but also nearly inscrutable. That missing piece is to be found in the 17th century story, the Chemical Wedding of Christian Rosenkruetz. I am also boning up on my Alchemy, carefully examining a chapter from the book “Philosophy of Magic” by Arthur Versluis. His 15 page chapter on Alchemy is probably the most succinct and brilliant that I have ever read anywhere. I am in the process of distilling that chapter (which will become a future article) as well as using the information culled from it to see if I can crack open the Chemical Wedding and extract the required symbols and images to build a powerful mystery vortex. There are seven steps or days to the Chemical Wedding, and this could be represented by a ritual structure consisting of the four Watchtowers with a central double gateway, characterizing what I have called a spiral gateway. I have the clues and pieces, they just need to be put together to build a ritual working – the final one in the Abramelin Lunar Ordeal. I am looking forward to completing the work over the Solstice holidays when I will be taking an eighteen day vacation from work.

This coming year is going to be very exciting for me – there are some things going on that I can’t reveal yet here, but I may reveal some of it as time goes on. There are also some really interesting articles being planned as well, so stay tuned and I can share with you all of the revelations and insights of the coming year.
Frater Barrabbas
Posted by Frater.Barrabbas at 11:39 AM