Much To Do - So Little Time To Do It 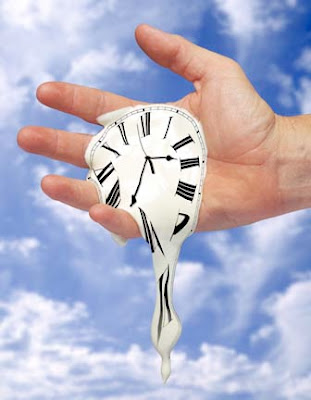 Next week Friday begins Pantheacon, and I will be there presenting two workshops. I will be out of town and out of pocket for five days, so I have a lot of tasks, both domestic and occult, to accomplish both before and after that event. I am really looking forward to Pantheacon, perhaps more than at any previous year because I will get some time to talk and hang out with David Griffin and his newly adopted Stregan clan, the del Bosco Sacro family. I will also get to meet Diana and Dianus and attend their presentations. David has become something of a good friend and a mentor to me, even though I am about as outside of the Golden Dawn tradition as one could possibly be.

I will also get a chance to hang out with my other good friend and mentor, Tony Mierzwicki, whose friendship and insights I have relied on for over two years. Tony has not only given me sage advice about magickal and occult subjects, he also helped my literary career along as well. I owe a great debt of gratitude to him and his lovely wife, who is something of a master at the art of laying out books for publication. It will be good to see Tony and Jo-Anne, and to talk to them face to face instead of only through the media of phone and email.

Pantheacon will also give me an opportunity to reacquaint myself with Lon Milo DuQuette, Athena W. and Ivo Dominguez Jr. I have been reading Ivo’s book “Spirit Speak” and have enjoyed it immensely. I have found him to be incredibly brilliant and deeply informed, both from a scholarly point of view as well as an experiential one. Athena is a very accomplished goetic sorceress and an enochian magician - she will be presenting a workshop on BDSM at Pantheacon, so that will be quite interesting. Athena also has a great sense of humor and is also quite down to earth. I hope to share a few jokes and stories with Lon, because he is one person where humor can not only be shared but also inspired. Lon’s wit, humor, and common sense approach to life in general is always thoroughly appreciated.

I hope to also get a chance to say hello and a hug to Oberon Zell Ravenheart, head master of the Grey School of Magic. I enjoyed hanging around and chatting with him at Heartland last year, and I hope to renew my acquaintance with him. Since the passing of Isaac Bonewits last August, I have felt the need to be more appreciative of the pioneers and trail blazers of my religious movement because it seems that fate has begun to claim some of them from our midst, and what time remains should be seen as precious. When I was young, all of these founders were also still fairly young and healthy, and it seemed like we had nearly forever to do our thing and get on in the world. Now it seems as if fate and irony have intervened to let us all know that our time in this world is quite limited.

So I am looking forward to having a great time seeing all of these folks and meeting new ones. I am also looking forward to presenting my two classes and having a meeting of minds with those who attend. There’s a lot of preparations, packing, buying things, organizing, cleaning, and spending some quality time with my significant other, who I am sad to say, won’t be attending this year’s event with me.

I also wanted to write a few comments about the latest post that Mr. Eckstein quoted in his blog “Gleaming of the Golden Dawn,” which were from Patrick Zalewski and his Golden Dawn Yahoo Group - you can find it here. Patrick has said, once again, that he doesn’t believe that there are any secret chiefs, and that such a belief is a myth and even a distraction to the work of a Golden Dawn initiate. I can understand his perspective and also why he stated this so emphatically. There are two sides to this issue, and these two sides not only don’t agree with each other, but they have been engaged a very hotly contested argument.

There is another side that says that there were and still are secret chiefs and that the order of the Golden Dawn has proceeded in an orderly manner from the basic cipher manuscripts and permissions from the German adept Ms. Sprengle that were granted to the three chiefs of the original Golden Dawn. Whether you believe that this was true or just made up to foster a fake legitimacy as far as the Golden Dawn is concerned doesn’t negate the reality and the importance of the Golden Dawn today. However, there is an important implication in either denying or accepting the validity of the secret chiefs, and this is what I wanted to articulate to my readers.

If Patrick Zalewski is correct, and there are no secret chiefs, then the implication is that there is no third order of the Golden Dawn and that the current founders and their second order adepts are all that there is to the Golden Dawn teachings and practices. It also forces the Golden Dawn to be much more engaged in authentic practices than legitimacy, since such an opinion presumes that the original founders would have supposedly just invented the Order based on their own studies and imagination. So that is the world according to Patrick Zalewski, and it is a kind of dull and sad world bereft of mystery and any real higher magick. There are no masters, so whatever we have in regards to lore and occult knowledge represents the very limit of what is known or even capable of being known. It almost seems to make the Golden Dawn into an occult dead end with little prospect of anything new or startling coming to light.

I find that all rather disheartening, but it is no different than my own current situation, although I have plenty of other occult practitioners and scholars who know much more than I do - there is still something yet for me to learn and creatively adapt into my own spiritual and magickal process. There are also quite a number of spirits and entities to engage and communicate with throughout the Inner Planes. I am also not limited to just occultism and the practice of ritual magick. Life itself is a great teacher, and there are remarkable men and women everywhere one looks, and from time to time, I have been lucky enough to meet a few of them.

Yet something to consider in Pat Zalewski’s words brings about the other possibility that we need to at least admit to ourselves. The other possibility is that there are secret chiefs, and perhaps if we listen to the leaders of one branch of the Golden Dawn (HOGD), it would seem even very likely. It means that the Golden Dawn is an organization that is both legitimate and authentic, and that there is indeed a third order above and beyond the second order practices and lore.

I for one find that a much more happier prospect! Suddenly the world is much more romantic, mysterious and nearly limitless in regards to occult teachings and self mastery. It means that there is a possibility of finding an obscure great teacher and actually learning new and more vital occult lore and practices. To believe that there is someone in the world who might know a whole lot more about the Western occult tradition than I do, breathtakingly more, is quite exciting and gratifying. If it’s a false notion, then nothing is really lost, since it will, at the very least, cause me and many others to perfect ourselves for the sake of admittance to an organization of masters.

So I don’t agree with Pat saying that such a belief is a distraction, that it somehow interferes with one’s growth or impairs the work of the practicing adept. Believing such a thing can only inspire one to do greater things.

Still, if Pat is dead wrong and the secret chiefs do indeed exist, then he, and all the others who agree that such a premise is false, are promoting an occult path that leads to nowhere except what one is capable of achieving alone and without aid. That aid might really exist, and individuals like Pat Zalewski are turning their backs to it without even testing their theory. It seems pretty foolish to me. We can stubbornly refuse any help from those who have a superior skill and knowledge for the sake of being independent and self directed, but at some point, everyone needs a helping hand to get beyond some personal conundrum or overcome obstacles. To steadfastly refuse even when that help is offered could be considered a form of obstinate stupidity, which can either be admired, laughed at or perceived as a tragic and fatal personal flaw. I would tend to see it as a tragic and fatal flaw, and I am happy to say that I am not so afflicted. If given the opportunity, I will gladly accept someone’s help, and I would be particularly gratified if that person was a supposed master or secret chief.

It reminds me of the often quoted Irishman who said in a dissembling manner: “Well, I don’t be saying that I believe in the little people, and then again, I don’t be saying that I don’t believe in them, either.” We can hedge our bets and believe in the secret chiefs and not be hurt by such a supposition if it's wrong, but we may also be greatly rewarded if it's true. I would rather behave as if the proposition is true so that I might someday actually be rewarded by the discovery of a pot of gold at the end of rainbow. Would I refuse to accept it if I found it, hell no! I would fill my pockets and hands with all I could carry!

Do I believe in deathless, omniscient and omnipresent masters, such as are celebrated in some Theosophical or New Age groups? No - I really don’t believe in that myth. However, I do believe in remarkable men and women, and that the average human life span affords some the time to perfect far beyond the ordinary lot in life. I also believe that there are a lot of secret and obscure lore that is not available to the public in the form of published books or web based information.

There are real mysteries in the world, and real individuals who live and work their secret purposes in the powerful shadows of those mysteries. I also believe that I am living at a time in my life when some of those mysterious shadows may open to me and reveal some of their secrets, and that I may indeed meet some very remarkable men and women who might just have something very critical and important to teach me. I optimistically look forward to that time, and I do believe that it will happen someday.

Meanwhile, there is so much work to do, things to write, presentations to put together and magick to practice. So much to do, and so little time to do it all. Life is fleeting, and I am not getting any younger - but I have hope that circumstances will all come together and reveal to me my ultimate destiny, long before I die.
Frater Barrabbas
Posted by Frater.Barrabbas at 11:27 AM