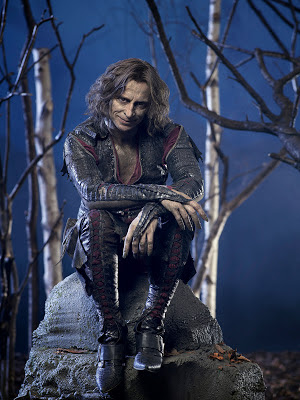 Even though I have been out of contact for the last month, I have still been privy to what other writers are saying on their blogs about magic. Recently, there has been a heated discussion about the morality of performing practical magic, or that somehow magic is debased when it used for the purpose of personal material gain. Another concept that has been discussed is whether or not magic, particularly practical magic, has some kind of cost associated with its use. I have already written a rather lengthy article on the subject of practical magic, but I have never had to discuss the morality of working this kind of magic in the past. I find the whole subject to be surprising, since I have always assumed that magic was to be used first and foremost for the betterment of the individual practitioner, and that included various types of magic associated with material acquisition.

Since I am a witch and a pagan, I confess that I have no scruples about using magic to aid my own personal and material process. The ultimate goal to which I employ my knowledge of magic is not to be rich and powerful, but to be ultimately enlightened. However, I have achieved through the artifice of my magic and my wits a comfortable life situation. I have acquired a certain amount of material benefits, the respect of my colleagues and a successful career in IT. I am not rich but I am not poor, either. I don’t have to worry about paying the mortgage or putting food on the table.

Could all that change due to some catastrophic illness or disaster? Of course, my current condition could change overnight, but so far I have managed to keep the wolves at bay and I have some excellent prospects to be able to continue in that manner for the foreseeable future. So, I can think about such things as achieving enlightenment or at-one-ment with the Deity, and even spend some time supporting my community and giving my time to others for free. If I were struggling to survive, I doubt greatly that my thoughts and actions would be so idyllic, and this, of course, is the real issue.

Material success and a certain degree of personal satisfaction leads one naturally away from more desperate and acquisitive pursuits for survival. The hungry animal is much more active and aggressive in its search for food than an animal that has a guaranteed source of nourishment. This is also true amongst humans - those who have achieved a level of material success aren’t seeking out nickle and dime solutions. This same logic can be used in regards to magicians. A magician who has a successful material existence is going to be more interested in higher forms of his or her art than having to work money attraction spells. 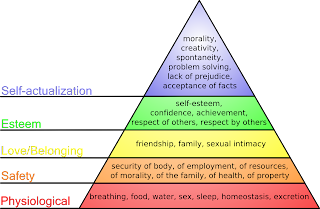 This bit of common sense was well articulated by Abraham Maslow in his five levels of the Hierarchy of Human Needs. The basic needs, such as physiological needs for survival and the need for safety (continuance) are usually where most of the material based magic is deployed. Once those levels are mastered, then the next level is friendship and intimacy. Beyond those basic levels are esteem, and then self-actualization. All of these levels can and do incorporate different kinds of magic, and all of them are necessary and valid from the standpoint of the individual who is undergoing them. However, the peak is self-realization, and this is the level where the need for material success and personal worth are replaced with the achievement of wisdom, enlightenment and union with the One. Still, until someone has mastered the previous four levels, then self-actualization will neither be relevant nor practical.

It is for this reason that I refuse to judge anyone who works magic for material gain, since it represents to me that they are just proceeding through a process of development that is really no different than the one I employed years ago when I was still struggling to achieve some kind of material and emotional stability. Even if someone never gets beyond the level of working magic for their survival, or if they employ their arts and abilities to the public for a fee, I would never judge them or somehow consider them less a magician than I. Experience has taught me that even working supposed low magic for a long period of time will expose the individual to various soul-based aspects and attributes that will transform and spiritualize him or her. Just doing magic over a lifetime will make one wise and spiritual insightful, even if that magic never achieved any level beyond simple Hoodoo spell-work.

High Magick is often referred to as Theurgia, which is Greek for “God’s Work.” Yet in order to undertake this kind of magic, one needs to have satisfied the four levels of Maslow’s pyramid of human needs. Some might be called to this specific work, and yet others will have more than their share of work just surviving and managing to live as full a life as they can. From the standpoint of the level of Deity, all magic is representative of the intrusion of that Godhead into the world. That means that all magicians are equal mediators of that process of spiritual emanation, despite their differences in material and social achievement. Because of this overall perspective, all magic is therefore sacred and serves a greater purpose. Who are we to judge other magicians?

Now I would like to address the belief that magic has a cost. It would seem that when people make this statement (which has its origins on the TV show “Once Upon a Time”) they mean that working magic or being on the receiving end of it requires some kind of sacrifice. In other words, you have to give up something in order to gain something - a sort of no-win scenario. Perhaps the silliest point to that fantasy TV show is that the evil queen is able to do all sorts of magical mayhem to all of the other characters in the cast and nothing ever happens to her. Where is the cost that she must pay for using magic? Is that somehow implying that when evil people work black magic that the cost is somehow a zero-sum game?

I can understand this clever ploy in terms of a plot device in a TV show script because it adds some spice to the fantasy magic that is deployed (and some polish to the Rumpelstiltskin mythos), but from the standpoint of actual magical workings, this concept makes very little sense. Magic, like any other action, does have consequences. Yet even doing nothing has consequences! Does magic typically have bad or undesirable consequences? Well, that depends on what is being done through the artifice of magic and the competence of the magician. Of course, that logic can be applied to any action or refusal to act in any given situation. If I refuse to pay my taxes or just forget about filing them, I am sure that some kind of negative consequence will manifest for me at some point via the IRS. Yet this is not a magical operation - it’s just taking some of kind action.

However, magic can and does produce unexpected consequences and sometimes these can be wondrous or quite unpleasant, depending on the context of the magic. Catastrophic good fortune is very rare but not impossible; so is catastrophic misfortune. Often accidents can happen to just about anyone, but very seldom is any kind of magic attached to them. A simple insight to all of this is that all actions have consequences, including magic. That is probably all that anyone can say about magical effects.

In all of the years that I have been practicing ritual magick I have never experienced anything like a “cost” associated with either using or benefitting from magic. As an occultist, pagan and witch, I have noticed a social cost if I am not quiet about my beliefs and practices, but that represents the errant prejudice in others that I have experienced from time to time. All I have to do to ensure that my neighbors and acquaintances don’t give me any grief for what I believe and practice is to just be quiet about them. So, the consequences for being public about my beliefs or being indiscrete has consequences. It says nothing about my magic or that I am somehow handicapped because I am a magician.

Anyway, I think that I have spent enough time on these two issues, and I think that you can see that the heated discussion, from the standpoint of a witch and ritual magician, is just a lot of hot air, or perhaps as fantastic as straw being spun into gold.