Some Thoughts About Invocation and Evocation 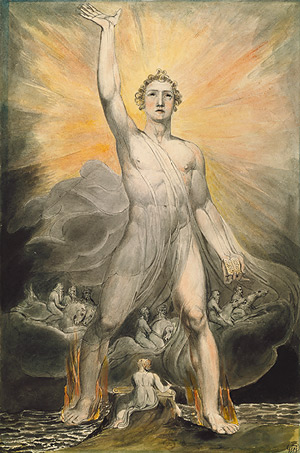 Continuing with my articles on the methodologies of practicing invocation and evocation in the system of magick promoted by the Order of the Gnostic Star, I thought that I would extract some paragraphs from an unpublished document circulated in that organization. I felt that it would be a good idea to start with the definitions of invocation and evocation, since the way that these terms are used in the Order are different than how they are used in ceremonial magick. Whether you agree with these definitions or not, this is how we decided to define these terms, and I think an honest examination of them will show that they are unremarkable and rather functional. I will let you decide what you think of this bit of revisionism.

I have written this treatise on magickal evocation to lay the groundwork for the advancement of the practice of ritual magick. The previous work, as found in the teachings and practices of the Order have been confined to lesser but necessary practices, which lead you to the ultimate task of attempting to summon and materialize a spirit, whether it be an angel, nature spirit, or daemon. In antiquity, a person was not considered a real magician unless he or she had a familiar spirit, i.e., a spirit helper that was summoned and constrained by the magician. Although the nomenclature has changed somewhat over the passage of centuries, this task remains the greatest challenge that you, a student magician, may attempt to accomplish.

However, the only materials that exist to guide you in learning how to master this art are manuscripts and published grimoires, many of which were a product of the late middle ages and the renaissance. These books, although required study by anyone who seeks the path of magick, are dated, filled with errors, and accompanied with a mind-state only the most orthodox of Christians or Jews would possess today, and none of them would be so bold or foolish as to attempt to perform the rites of the old grimoires. What is required is for an experienced magician to lay down a complete system of advanced ritual magick in a manner that you, an intermediate level magician, would find it easily accessible, and this is what I have attempted to do with this article.

As I have mentioned above, the true test of any person who aspires to be a magician is the accomplishment of magickal evocation. While the conjuration of Elementals and planetary or talismantic intelligences will allow magicians to control and influence themselves or their environment, the evocation of spiritual intelligences will grant them additional spiritual guidance, and greatly influence the events in their life-process.  The difference between the mere practitioner of magick and an adept is particularly emphasized by the adept's performance of rituals of evocation. Adepts are less concerned with controlling themselves and their environment and more focused upon the process of their own spiritual evolution, and so the practice of magickal evocation is the appropriate de rigeur for them.

The path of adepthood begins with their assumption of spiritual responsibilities, both for themselves and for others less spiritually evolved. Adepts have completed the psychological process of the exploration of their lower self, and have attained a level of mastery of it, which is internalized and maintained by their basic spiritual discipline. Their new focus is the exploration of the higher self and the discovery of their true spiritual purpose and ultimate destiny. From the standpoint of ritual magick, this new quest can only be assisted through intercourse with spiritual intelligences and by an exposure to the various realities encountered through path working. Therefore, magickal evocation is the key to fulfilling the requirements of adepthood. When adepts develop the ability to contact spiritual entities and to walk the Qabbalistic Pathways of the Inner Planes, the beginning of spiritual mastery is finally established.

Traditional definitions of evocation and invocation are confusing. That is, they do not distinguish the fact that there are two actually distinct functional processes found within the magickal ritual process called evocation. As traditionally defined, these two magickal process cause a spiritual entity to be both summoned and projected into the conscious world of the magician. The traditional definition of evocation consists of the operations that manifest daemons or neutral spirits (goetia), and the traditional definition of invocation is the operation of summoning God-forms or good spirits (i.e., Godforms, Archangels and angels via theurgia). However, in the techniques of spiritual magick there would be little difference in the methods used to summon either daemons or angels.

Essentially, there are two functional processes that are necessary to spiritual magick; these ritual processes summon the target spirit and cause its manifestation, focusing its essence so that it may be projected into the mundane world.  Specifically, the first function assists the magician to make a connection with the spirit and develop its image, ideal form and characteristics; thus giving the entity a manifested body of light through which it may interact only with the magician inside his magick circle.  The second process is where the energy and personality of the spirit is constrained to a specific purpose and exteriorized into the mundane plane from the Inner Planes, thereby actualizing the transforming potency of the spiritual contact. The first function is an internal summoning or invocation (invocare: to call in), and the second function is an external projection or evocation (exvocare: to call out). In order to precisely define the two processes involved with spiritual magick, I have chosen to ignore the traditional definitions and adopt the functional definitions in their stead. In this article I shall use these terms in the strict sense of their function.

In addition to the processes of invocation and evocation, the magician is also concerned with path working, and this process is accomplished through either skrying or astral projection. Whereas invocation establishes the spiritual contact and evocation projects the influence of the spirit into the mundane world, the operation of path working opens the world of the spiritual entity to the magician. The technique of skrying allows the magician to passively observe the domain of the spirit without having to interact with it. In this manner, visions and symbolic concepts are communicated between the two worlds. The magician may analyze and note these phenomena while they are occurring. The technique of astral projection allows the magician to dynamically interact with the spirit in its  domain and to experience initiatory revelations therein. In this manner the spiritual world reveals its secret knowledge through immersion, and the resultant ordeal causes a profound transformation in the magician.


So that’s how I define these terms, giving them an operational context. Future articles will use these specific and operant definitions when describing the methodologies used in the Order. In addition, I am assembling a book that will contain not only these articles and discussions, but also the actual rituals that are used in this system.
Frater Barrabbas
Posted by Frater.Barrabbas at 8:00 AM