Joy of Sects and Living In Peace 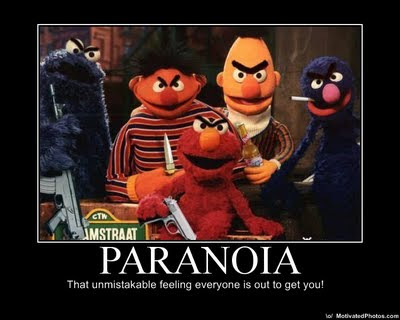 Is there a rise in religious intolerance in the U.S. today? Anyone who is paying attention to the news about some of the candidates for president in the Republican party are aware that at least two of the candidates are avowed supporters of Christian Dominionism. There also appears to be some fear in the pagan community that these presidential contenders, if elected to office, would seek to make their religious beliefs the law of the land, transforming the nation into a theocracy.

While it is true that there seems to be more polarization in our society on both sides of the religious divide, I don’t believe that it portends a new age of persecution and religious bigotry. Christian Dominionism, like its close cousin, Dispensationism, represent only a small minority of the overall Christian population. If we consider that there are a lot of Catholics and mainstream Protestants who would neither pledge allegiance to a Dominionist based Christian theocracy nor allow it to even manifest, not to mention all the Mormons, Jews, Atheists, Agnostics and other various sects, then I think we can safely say that such an attempt would fail. Our country is just too diverse and has too many different religious organizations and sects to be accommodated by any kind of government other than one that is secular.

I have been a pagan and a witch since the 1970's, and I have seen the rise and fall of popular socio-religious conservatism at least three or four times so far. During each period of its ascendency, the pagan community starts talking about political oppression and the immanent signs of the creation of a theocratic state, but such talk is always a form of fear mongering and paranoia. In the early 1980's, when Ronald Regan became president, there was a fear of a religious take over of the nation. I remember reading a famous book at that time entitled the “Handmaid’s Tale,” written by Margaret Atwood, and I was quite shook up by the dystopian vision that she so artfully created. However, the 1980's passed, and things seemed to get a bit more open and liberal, and the fear of a theocracy abated.

There had been some rumblings of that kind of social conservatism during Richard Nixon’s presidency, as a kind of backlash to the so-called excesses of the progressive and counter cultural movements of the sixties as well. Then there was eight years of George W. Bush’s administration, when pagan communities began to truly fear some kind of political suppression. Now we see it again with candidates who are publically espousing the most radical of Protestant religious beliefs, and the rumblings have started anew.

Each of these periods of fear and paranoia in the pagan communities have come and gone, and in the end, the level of overall social acceptance of paganism and witchcraft has steadily grown. There were problems associated with movements and individuals in positions of power causing problems, both locally and even on the federal level, but the overall separation of church and state has continued to endure despite any of these superficial challenges.

In order for the U.S. to become a theocratic state, the national constitution would have to be completely rewritten and ratified, and we would have to see the executive, legislative and even the legal systems in tight collusion with each other. Nor could such a transformation occur without the cooperation and use of both the military and the police at all levels. While all of this would be happening, what do you think all of those people who were not steadfast adherents to the one single and narrow religious creed would do? At some point, they would revolt, and the attempted suppression would be very destructive and deadly. Somehow, I doubt that such a series of events could ever happen without the loose collective of the people of the nation throwing a monkey wrench into the whole works.

We are a fractious people who are nearly ungovernable, wanting from our politicians an almost impossible mix of less government with less taxes, but without any kind of diminution of the kind of the benefits and assistance that the government is so good at dispensing. If we have problems agreeing with even the most simple and basic concepts of how our nation should be governed, how would we ever see eye to eye about adopting some kind of religious theocracy? We are also a nation that is dominated by the mega-rich and powerful multi-national corporations, and I believe that they would be against anything that would hurt their bottom line. So the fear of the nation becoming a fundamentalist theocracy is just as much of a paranoia fed nightmare as the fear of the nation becoming a communist socialistic dictatorship. It just aint gonna happen!

The bottom line is that many of us have different beliefs and religious practices, and since we live in a secular society, we may as well seek to acquire tolerance and patience with our neighbors who don’t believe or practice their faith as we do. Perhaps the most important thing that pagans and witches can do (along with all of the other esoteric and earth-based spiritual folk) is to consistently and regularly vote. We should also do everything that we can to make certain that those who do not share our religious beliefs and sentiments have nothing to fear from us. It is the curse of the “other” that you don’t know that is the foundation for fear and paranoia. The more people know about paganism and witchcraft in a general manner, the less they will fear us, and the more accepted we will become.
We need to always tell the truth to the lies, misconceptions and urban myths that others might believe about us, and having a good sense of humor is always very helpful, too. I suspect that similar to the overall general social acceptance of gays and lesbians being allowed to marry just like everyone else, so, too, will the public find less to be afraid of in the pagan and witchcraft communities over time. We need to be patient, tolerant and also, diligent.

I have seen the period of fear and paranoia come and go in the pagan and witchcraft community, and I suspect that this period will also fade in the near future. In fact, the current general intolerance found in the political right-wing today might actually signify the beginning of the end for such themes in our political landscape. It might also allow for a new resurgence of progressivism in our political discourse, which considering the present state of our economy and our government’s inability to act, might be an important course correction for our nation. Who knows what the future will bring, but I have found that an endemic pessimism doesn’t help anyone.

Maybe someday we will all be able to practice our religions in peace, openness and tolerance. That is my dream, and I hope, it’s everyone’s dream. There might be a few folks in our country who wish that the nation was a theocracy where everyone believed in the same religious tenets, but they are a distinct minority and their dream is futile and unrealistic. I think that my dream is much more likely to be realized, since it is based on the principles that founded our country in the first place. My dream is based on the natural state of human religious diversity, its freedom from government interference, its celebration and empowerment, and the sheer joy of sects.
Frater Barrabbas
Posted by Frater.Barrabbas at 8:00 AM