Thoughts About the Second Order and Adepthood 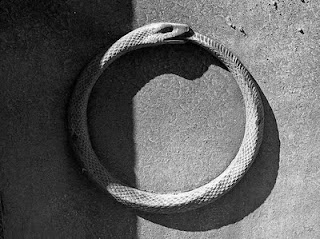 I have been carefully studying a recent transmission from the spokesperson for the secret chiefs of the HOGD faction of the Golden Dawn, translated and edited by David Griffin for the benefit of everyone. This transmission is entitled “Traditional Initiatic Meaning of the Three Grades of the R.R. et A.C.,” and was written by Lux Et Tenebris. You can find the article here. I managed to copy the text into a word-processing file so I could print it out and truly study it. I don’t often bother doing that with the blogs that I read, but this one merited a more careful study. What was being transmitted was truly remarkable, and it was obviously far beyond anything else that I have read on the same subject. The only problem that I had with this writing is that is was prompted by the never ending conflict in the GD community, and the need to distinguish a true revelation from one that is contrived or “reconstructed.” The constant conflict is a sad reminder about how polarized and fragmented the GD community is in these dark Typhonian times.

Most of the Golden Dawn organizations seem quite unable to write about anything substantive when it comes to the degrees beyond Adeptus Minor. I would suppose that it might have something to do with the fact that the Golden Dawn material which is in the public domain only goes that far, and the various degrees and lore beyond that point have been, at least up until to now, merely suppositional. Some might say that the higher degrees of the second order (5th, 6th and 7th) are too secret and mysterious to talk about, or that those who could talk about them are oath bound and constrained to be silent. Of course, that hasn’t stopped some in the Golden Dawn community from writing and talking about nearly everything in a public forum, so I suspect that it mostly has to do with the fact that the higher degrees are essentially undiscovered country for most GD organizations.

Yet in this specially transmitted document are the definitions of the initiatic degrees of the vaunted second order of the Ruby Rose and Golden Cross, written by someone who is the gate-keeper for the third order. You should expect that such a revelation would be quite remarkable if it were indeed a communication from the secret chiefs. Such a communique would have to walk a very fine line between being revelatory, and revealing confidential and oath bound information. I have carefully read over this transmission and I have found it to be profoundly revealing and truly amazing. Here was the blue-print to the second order of adepts written out for all to read and ponder, and little or nothing was remarked on it in the blog-sphere by other GD organizations.

I have shared this transmitted document with my peers, and they all agree that it is remarkable and quite amazing. I have seen nothing like it in the various Golden Dawn material that I have in my possession or have ever read about. It is deep, profound, and also, quite insightful. I found myself saying, “Of course, it was all so obvious!” at various points while I was reading it. If anything could convince me that the various claims made by David Griffin of being in contact with secret chiefs were true, this brief transmission should prove it beyond dispute. So I was that impressed by what I read, yet I saw immediately that there were some distinct differences between the second order as defined by Frater Lux Et Tenebris, and the way that the second order is defined in the Order of the Gnostic Star. They are analogous, but also different.

The second order initiations and ordeals of the Order of the Gnostic Star were developed by me over a long period of time - in fact over thirty years. I had an initial vision and plan that I was following, but I also discovered that it could be determined by the Sephiroth and Pathways of Tiphareth, Geburah and Chesed. There would also be a crossing of the lesser abyss that separates the lower sephiroth from the higher, but that would also be covered by the various ordeals associated with first four elemental degrees. There is indeed a theme of death and resurrection involved in the transition from 4th through 5th degree, and it reaches a climax in 5th degree. But beyond that point, the other themes associated with the second and inner order of the Gnostic Star are quite different.

Once the soul is challenged and mortality truly realized in an integral manner, then life itself becomes sacred, reaching its summit when an initiate undergoes the rites of the Sanctum Regnum and masters the Seven Rays of the Hierophant. If fifth degree is that of the sacred magician-priest, then the sixth degree is the sacred kingship (or queenship) and the seventh, that of the master of the initiatic temple as hierophant or magician-bishop. Each of these three adept degrees requires a mastery of a whole new level of being, and are quite distinct from each other.
The three degrees of the adept in the Order of the Gnostic Star represent the resolution of three very important aspects of life itself, these are self-mastery, mastery of one’s world, and mastery of the double gateway of the spiritual source. Let me briefly discuss each of these initiatory grades and their associated ordeals, although I will not be able to reveal the actual details, such as the ritual workings and how they might be deployed. That information is, of course, still confidential and keyed to obligatory oaths.

As I said, these three degrees are based on the Sephiroth on the Tree of Life, as are all the degrees of the Order. The Tree of Life is the map for achieving the ultimate states of illumination and spiritual mastery. Magickal ordeals that can encapsulate the Sephiroth and associated Pathways will likely emulate the actual internal processes that powerfully transform and spiritually evolve a person, from individual consciousness to cosmic consciousness and at-one-ment with the Godhead.
The essential theme for the second order for the E.S.S.G. is that of the Tetra-sacramentary and the Stellar Rites of Gnosis. The four sacramental systems are associated with the four essential gnostic systems of initiation and magickal transformation. These systems are called Thelema, Agape, Thanatos and Eros, and they represent the transformative powers of the True-Will, Love, Death and Desire, which join together to formulate what is known as the Star of Individuation, or Astris. The Star symbolizes what is known as the Stellar Gnosis, or where the individual reaches a maximum state of spiritual autonomy and self-determination, and only then is brought into union with the presiding and internal Godhead. In this manner, the Atman is awakened and made ready for the next series of ordeals, which are begun with the abysmal crossing.

If we look at the Sephiroth of these three degrees, we can determine the logic and wisdom of the initiatory ordeals and understand the ascension of the adept into the high adept.

Tiphareth - This is the fifth degree, known as the Adeptus Minor in the GD, and it represents the process whereby the initiate has overcome the obstacles of the four elements, and now is able to constitute the quintessence, which is pure Spirit. The initiation ordeal is where the candidate undergoes the spiritual knighthood of Sol Invictus and the Osirian mystery of Death and Resurrection. There is also an ordination and elevation to the sublime station of magician-priest, and there is the first attempt at the Bornless One Invocation Rite. The candidate also begins the long process of performing the first in a series of the Transdimensional Gate Vortex workings, where he or she enters into the domain of one of the eighteen triangular shapes found in the lattice structure of the Tree of Life. (Still, the key to this degree is the complete mastery of the self.)

Geburah - The sixth degree, known as the Adeptus Major in the GD, is where the initiate must master the very processes of life itself and the world that he or she lives in. This is a process of distillation, purification and the elimination of the irrelevant. The initiation ordeal is that of the Sacred King or Queen, and the establishment of the Sanctum Regnum. The ordeal is where the initiate has successfully constituted the four complete temples of Thelema, Agape, Thanatos and Eros, including their avatars, sacramental relics and spiritual hierarchies. Mastery of the Tetra-sacramentary is absolutely necessary before this ordeal can be considered fully accomplished. Often, it is also important for the initiate to complete all of life’s tasks in regards to establishing a material basis for life, building a home, bonding with a mate, raising a family and becoming an important functionary in one’s community. Some of these accomplishments are more important than others, and they are relative to the life path of the initiate.

Chesed - The seventh degree, known as the Adeptus Exemptus in the GD, is where the initiate must take the manifested Tetra-sacramentary and forge it into the fifth sacrament, which is the Star, or Stellar Gnosis. From this fusion emerges the true mystical and spiritual power of the Seven Rays and the underlying pattern Undecigram. The sacred pattern of the eleven consists of the seven spiritual virtues of the Goddess merged with the four powers of the God. I can only give these hints to you without much details, thereby showing that these mysteries are fully developed in the lore of the Order.
At this stage, the initiate also performs the Abramelin Lunar Ordeal and fully manifests and merges with his or her higher self, in preparation for the ultimate abysmal crossing. The initiate of the seventh degree is also consecrated as a magician-bishop (hierophant) and learns to master the seven rays system, which is based on the planetary attributes (and deeper correspondences) of the seven Sephiroth of the Qabbalah. A successful resolution of these tasks and ordeals will help the initiate acquire the mastery of the double gateway of the Absolute Source (as the Supernal Triad).

What I have communicated here may seem somewhat opaque or full of symbolic jargon, but they can represent actual accomplishments in the material world, analogous to the highest achievements of a truly gifted mastery of life. The three degrees can be thought of then as representing the ordeals and achievements of self, community and one’s ultimate legacy, but within a completely occult context. To become an adept is to become spiritually wise. Looking at these achievements in this simplified manner should make them appear to be quite transparent, despite the magickal context of the Order and its symbology. An adept level of initiation is then a mastery of one’s life; and what lies beyond the life cycle of a mortal human being consists of the mysteries of the higher adept and the Supernal Triad of the Tree of Life.
Frater Barrabbas
Posted by Frater.Barrabbas at 8:00 AM