Is the Dream of Starship Flight Over? 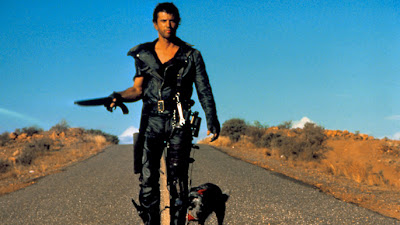 I have been following John Michael Greer’s blog, the Arch Druid Report, for some time now, ever since I met him at Pantheacon and later at Paganicon early this year. I have some of his books, but only recently did I become aware of his rather fascinating ecological writings. John’s vision of the future is nothing like Star Trek or any of the other more nuanced science fiction stories; it’s probably closer to Road Warrior or the Postman, but perhaps not that grim. The basic idea behind John’s thesis is that the period of unlimited cheap energy resources has already passed, and humanity is now on a path of accelerated decline. As energy resources become more difficult and expensive to extract, the civilizations of this world will be forced to change course and become much more innovative, conservationist with an emphasis on long term sustainability. This change will have a massive and profound impact on our civilization and the life-style of humans everywhere.

Perhaps the biggest change will be that we will no longer consider expanding out into outer space, thinking about colonizing nearby planets, or even building a permanent space station. Our halcyon days of the glorified exploration of outer space are nearly over, and with the retirement of the U. S. Shuttlecraft, the end of the space race is now quite apparent. Mr. Greer has written an excellent article about the end of the space race, and you can find it here. Some may not agree with his assessment, but I have found that his arguments are compelling and significant. In the past, humanity has found the means of replacing one highly unsustainable energy resource for another, but at some point, physics, geology and ecology will pose dire limits to any kind of future unsustainable energy resource use. It’s not rocket science, if you pardon my pun, but simple mathematics.

Eventually, civilizations must replace unsustainable resource use with something that is much more modest and sustainable, or they will ultimately extinguish themselves. So the times that we live in now are at a crucial cross-roads, and what happens in this century will determine if civilization as we know it will either come crashing down, or dramatically change with an emphasis on sustainability. We face the possibility of a dark ages lasting for centuries, or the more immediate transition to a new and better way of existing in a world of limited and precious resources. Most likely, the future will actually be something in between these two possibilities.

One of my favorite authors, Michio Kaku, wrote a book called the “Science of the Impossible” to examine the various tropes found in science fiction books and movies, and to explain their possibility in terms of what we know about science today. He listed a number of possibilities for potentially traveling to the stars, but all of them would require an enormous expenditure of energy and material resources, particularly using mechanisms that have not yet even been proven to work. The biggest obstacle, of course, is getting into orbit around the planet, and this could be quite an obstacle unless we were to build a rail gun for nonhuman payloads, and perhaps some kind of ultra-tall elevator system. The rail gun is feasible using today’s technology, but human beings couldn’t withstand the G-force required to send an object into space. Anti-matter can only be produced in tiny minuscule amounts using enormous amounts of energy to run an enormous particle accelerator.
Even if this were possible, traveling faster than the speed of light has its own troubling and dire limiting detractors, including the fact that once an object attains the speed of light, it also acquires infinite mass. To travel to the stars efficiently requires the bending, folding or ripping of space time, or to generate a wormhole between distant points and safely travel through it. To attempt to perform these kinds of operations would require a technology and an energy resource equal to that of a small star. All of these considerations and ideas are far and away beyond even the most optimistic progress of the scientific and technological developments of the next several centuries or more. Michio Kaku considers star travel to be a combination of class I and II impossibilities, and so we must think of them as either very far flung future possibilities or as mere fantastic speculation.

We face an immediate future of the decline of our industrial civilization and the enforced changes that will shift the focus of our planet inward, as we attempt to cope with these changes and find a solution to our problems on a planetary scale. Pollution, climate change, over population, the scarcity of energy and other resources will occupy humanity for the next few (or several) centuries. Once our civilization has re-established and re-structured itself around a completely different material lifestyle, then we might proceed forward, but at a much slower pace. All of this depends on whether science can come up with completely new and different ways of getting more out of less resources or discovering completely new untapped resources, but the likelihood of that possibility seems dimmer now than it did even a few decades ago.

These changes, although drastic and perhaps even terrible, will occur during a time when we must focus on the earth, making it a more sustainable and habitable place for many species besides ourselves, since a planet that has only human life on it (and little or nothing else) is a dead planet. During this time, we will also need to change our spiritual focus, and this is where I believe that the old religions and their creeds will give way to new religions that are based on earth-centered spirituality, material recycling, conservation, resource reclamation and a disciplined material frugality. It will be, in a word, a very Capricornian age, but one that is steeped in an outward social sodality and love of the earth, and a pragmatic and practical spirituality. Magick will likely become an important mechanism for self-illumination in the West, but there will be a need to be focused outwardly as well as inwardly, and pure mysticism would likely be deemed too much of an inward escape from dire and important material considerations.

Interesting times have come upon us, whether we want them or not. The industrial world is beginning its decline, but we can start doing things today to ensure that there is a path for the world to transition to a more sustainable style of life - one that would hopefully be more democratic and egalitarian. I believe that John Michael Greer has a lot of excellent ideas of how this transition might be accomplished, and what we can do today to ensure that it happens in a peaceful and gentle manner. On the other hand, the future that awaits us all might be more like a kind of hell on earth, with war, famine, disease, and a general and traumatic breakdown in governments, civil order and life as we currently know it as our collective fate. Our future may be more like the Road Warrior, Zardoz or the Postman than Star Trek if we don’t start making the transition today. “Meditate on that in the second level.”
Frater Barrabbas
Posted by Frater.Barrabbas at 8:00 AM