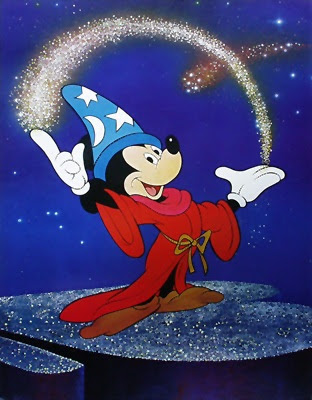 Since I have already covered why I work magic, even going back to the earliest days of my youthful practice, I should discuss what objectives I have adopted when I work magic. What am I trying to do, and what, therefore, do I get out of magic? These are the questions that I would like to answer.

Obviously, I must be getting something out of the many years of magical experimentation that I have performed, or otherwise I would have found a different hobby or preoccupation many years ago. I work magical ritual workings and something happens, which leads me to experiment even further. For me, magick is not a pastime or a mere hobby, it is a way of life. As a practitioner of ritual magick, much of who I am and how I think and behave has been powerfully shaped by over three decades of constant and continuous effort. I may have other interests and activities, but I am always engaged on some level with my occult studies and practices.

So that being said, what are my objectives in regards to my magical work? Similar to my motivations and justifications for working magick, which have changed over the years, my objectives have changed as well. I can say for a fact that when I first began to really become effective at ritual magick, I applied what I knew to changing my material state. I never believed that magick alone would change my life, but instead, I always made certain that magick was always accompanied with lots of mundane steps.

If I could say anything about that early period, it was that being self aware of my inner psyche and my outer circumstances in life was always just as important as making certain that I followed my ritual workings with strategic efforts in the material world. I discovered this link early in my work, since without it, what I did would often fail. Some of the things that I most desperately sought through magick were either occurring all around me (and I was blind to them) or were completely blocked by my own internal issues. If I was not acting through a sense of personal clarity and a full awareness concerning my internal issues, no amount of magical workings would ever result in success. So it would seem, that for me, knowing my own internal issues and understanding my motivations was an important ingredient for magical success. I discovered that only intensive sessions of divination and the application of forms of transformative magic could satisfy this basic need for clarity and self-insight.

Early in my life, my objectives were simply what most people seek through extraordinary means. Money, love and personal power were the first things that I sought, and later on, I began to seek other things as my material needs became fulfilled. After many years of practice, I found that spiritual and psychic growth, gnosis and wisdom became my prized objectives. As time went on, I also began to think more in terms of building a satisfying career than successfully acquiring the monetary quick fix. I thereby shifted my magical perspective to long term achievements and goals, and these were met by a certain amount of success.

As I have stated previously, in terms of money and career, I have been quite fortunate. My choices and my ability to be flexible enough to reinvent myself every five years has helped me to avoid career path dead-ends and punitive layoffs. I have been lucky enough to earn a sizable income, but it was a long and arduous process and there was no quick path to riches. However, I tackled that personal ordeal of mastering my career path with a great deal of relish and happiness. My attitude mostly remained positive, yet grounded in reality, still, it was open to possibilities and always flexible. So in the area of money and career I was successful, since each stage of that path was anticipated, focused upon and strengthened with my own personal magick.

I can also say that working hundreds of hours of ritual over the decades has also caused me to psychically grow as well. Considering the nature of much of my magical work, especially later, it was more like a powerful form of internal analysis and psychological transformation. One of my friends once compared this kind of magick with undergoing thousands of hours of psychological counseling or psychoanalysis in a much condensed time period. What this did to me was essentially change the man that I am today. I not only had to face my many issues, flaws and inconsistencies, but the magick amplified them to the point where I couldn’t avoid them even if I had wanted to.

Magick presented me with my image reflected most darkly, and I saw my own personal internal devil staring back. Yet instead of rejecting or recoiling from that image, I had to learn integrate it into myself. Despite my self-loathing, I had to understand fully who and what I am, and to embrace and love that fractured and imperfect being because it was an integral part of me. I can say that self-love, and not narcism, is the key to resolving internal psychic issues and integrating the self into a being of unity and wholeness. I have at various moments achieved this near perfect state, but I have never been able to maintain it for more than just a few hours of bliss. Maybe someday I will figure out how that might be accomplished permanently.

However, in the area of love and relationships, I was an abject failure for many years. This was one of those internal issues that bedeviled and also blinded me. The core issue that bedeviled me was the unrequited love for a woman who would never return that love. I sought to resolve this problem by working a number of various kinds of love spells. These were not performed on any individual as much as they were performed on myself and my circumstance, but they didn’t appear to gain for me the kind of relationship that I was seeking.

When I have examined my magical diaries from that period, I realized that the magic had actually been working quite well. I was presented with a lot of different opportunities for realizing love. Yet I was unable to capitalize on any of them simply because I was not aware of what was going on, both internally and externally. I was blind and also captivated by my own internalized feminine idol, so much so that I was unable to really connect with a real woman in a mature relationship. It wasn’t until I was able to identify those issues and resolve them that I was able to have a normal and fulfilling relationship. This process took over thirty years to complete, but at least I was finally able to move forward. I have brought this up to demonstrate that even magic can’t resolve one’s internal issues unless they become fully realized first. The aphorism of “Know Thyself” is critically important in the successful workings of ritual magick.

Now in the autumn years of my life I have managed to completely fulfill myself of all of the basic material aspirations, or at least to the point of living a comfortable life. Really, that is all I have desired to accomplish on the material plane, but that is not the limit of my ambitions. While I might not be interested in focusing most of my efforts in becoming rich, I do have the powerful desire to become wise and fully knowledgeable of all of the occult truths. My magical focus has also shifted in this direction, and much of what I work as a discipline of ritual magick is confined to the areas of what I call theurgic ordeals. This is because I believe that powerful transformative ordeals are what can lead one to the ultimate levels of spiritual and magickal achievement, which is perfect enlightenment and union with the One.