Why Do I Practice Magick? 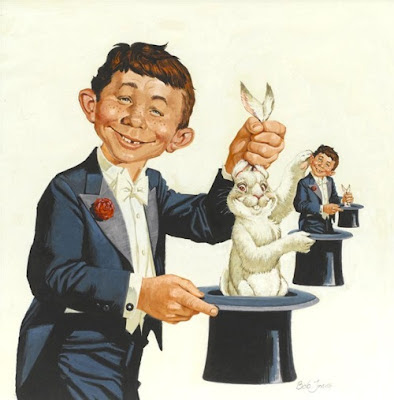 In a recent commentary on my article on contemplating being a professional pagan magus, Jason Miller said that such a path is a special calling, and that in his case, he didn’t choose this path for the sole purpose of making money at it. While I applaud what Jason has said, I do know that there are other folks out there who are sorcerers for hire purely for the sake of making money. Some of these practitioners might be frauds, but most of them ardently believe in what they are doing.

This leads me to one of the biggest questions that you can and probably should ask yourself, and that is “why do I practice magick?” That could be a loaded question, but most of the time magical practitioners will respond by saying that it is a special calling. They say this probably because being a magician has its burdens and difficulties as well as its own rewards. There is such as a thing as the “magician’s compensation,” but it typically varies from one practitioner to the next and it always involves elements that are neither sought nor desired.

Still, to probe deeper is to ask this very same question about the very beginnings of one’s path. Why I practice magick today won’t be answered in the same way that I might have answered it years ago, or even when I was first starting out. Because I started my path as a pimply faced teenaged romantic and something of an occult nerd, I unfortunately remember all too well why I began my path. I have written a bit about those times, but I can tell you for a fact that my motives were anything but altruistic. I did choose to be magician because I had a talent and an affinity for psychic phenomena, arcane lore and the mystique of ancient teachings, but it was other areas of my life that I wanted to apply magical power.

What truly motivated me (as I look back on my early years) was a lust for personal power and a greedy overarching angst for great riches, and to miraculously achieve a personal material elevation far above my allotted station in life. I wanted to have the power to seduce those beautiful teenage girls that I could only fanticize about, wreak havoc on the established pecking order in my high school and acquire a kind of romantic prestige for personal power and money. I wanted more than anything for magick to be the answer for my pressing need to find a suitable career for myself. I wanted to gain money and influence, all without having to work for them. I was such an indolent youth back then.

If you take my early ambitions and desires for magick and look at what I desired as a kind of compensation for personal inadequacies, you would produce the profile of a weak, unpopular, socially inept, physically clumsy and unappealing, awkward teenager. I was haunted by my dreams and nearly lived entirely in a dream world. For a person with a Capricorn Sun, there seemed little about me that was pragmatic or practical. How I saw myself as a magician was in every way the complete opposite to what I was really like. It took me several years to work out the terrible gulf between my fantasy self and the world I dwelled in, and the realities of a hard and tough no-nonsense world.

Through my passage during those years I experienced quite a bit of disillusionment and disappointment, but I survived, adjusted and then learned to thrive. I left behind my adolescent dreams of magical power, wealth and influence and learned that magick was quite different and much more complex and subtle than I had ever originally thought. I had to unlearn what my fantasy life had taught me and then learn how magick really could be useful. As Clint Eastwood said through the character of “Dirty Harry,” “A man’s gotta know his limitations.” I had to learn my limitations and know what was possible and what was pure fantasy. I also had to determine that sometimes the magick made amazing things happen, but that you couldn’t bank on it if you were a pragmatic individual, as I had become.

So, why did I get into magick? Was it a special calling? At least I can say that as a young man I could talk to spirits and hear their answers, and I could enter into dream-like worlds to visit them in my spirit body. I quickly learned to see auras (and then I had a hard time shutting that ability down), and I often had a powerful sense of the future. Most often my dreams were either portends or represented important communications to me from the spirit world. I think that one could easily say that my talents and abilities led me to follow the path of the ritual magician, and I have felt that everything that happened to me throughout those times pushed me in this direction.

Yet my ambition and reasons for seeking the power and knowledge of magick was neither moral nor idealized. It was just the attempt of a rather pathetic teenaged boy to outshine all of the others. In the end, I guess you could say that the process of magick played a dark trick on me, for by luring me into its domain with the promises of money, power and young women, I found myself completely enthralled by the real truth of magick.

The truth that I learned so many years ago is that magick was full of mystery, unknown possibilities, arcane truths, optimistic hope and the incredible visions produced by personal transformation. Magick helped me to mature and grow without the baggage of despair or personal defeat. The truth that I know now is far beyond the fantasies of an emotionally crippled youth, and it has transformed me from that awkward stumbling non-entity into the man that I am today. I am neither a man of power nor am I wealthy beyond my dreams - I am instead happy, contented, wise and full of life, even as I approach the autumn of my years.