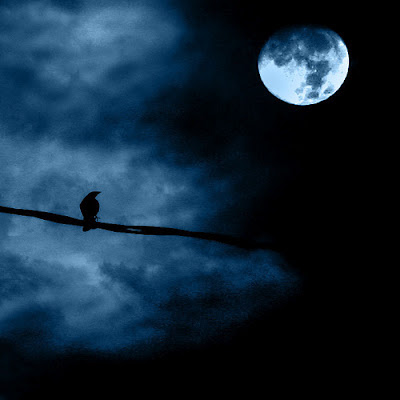 (Harvest Moon comes a week and a day after the Autumn Equinox.)


Autumn has come to the Minnesota tundra, perhaps a bit early because it got so dry up here in the late summer. Trees began to sporadically turn their leaves to autumn colors because of the lack of moisture, as if they gave up on trying to grow anymore this year. Now that the Autumn Equinox has passed, one can be certain that autumn is now officially here. Hard frosts are now occurring frequently, and the short growing season is now over. Autumn is probably one of my favorite times of the year, and represents, for me, the flowering of projects begun after the previous Winter Solstice. This year is no different for me, but it seemed like summer was all too short this time, and I had very little time to just step outside and enjoy the fruitfulness of nature.

My mundane job is still very busy, and with little chance of a letup until the end of the year. I doubt that I will have much time or freedom to escape the grind of work that has the typical feature now of flowing past the boundaries of the weekend, interfering with any plans that I might have had. I seldom seem to be able to get out of house and go into town for any kind of social activity or to see my friends. I suspect that my friends probably think that I have disappeared or perhaps grown cold with indifference - that, of course, is not true! Between my mundane job and my other few writing tasks, there is little time for doing anything else but just work. With the coming of autumn, I am finding myself growing restless, perhaps even experiencing a bit of stir-crazy need to get away from my pressing responsibilities for a little while. I guess that this intense work-a-thon should be considered, in part, a blessing. It is far better to be too engaged with work than having the insecurity of looking for a job and worrying about paying the bills.

I do have some news about the book that I wrote and is being published by Llewellyn Worldwide, “Magical Qabalah for Beginners.” I have just completed the first editing cycle and answered a number of questions posed to me from the production editor. I also had to answer some questions about capitalization, and tackle my habit of being inconsistent with that particular writing skill. There were a couple of minor issues with the diagrams, but otherwise, I got to see how the manuscript looks in regards to the type-face and layout. I am pleased with the results so far, and the book layout looks really professional. My only concern is that the size of the book and type-face of the text makes some of the paragraphs look longer than they actually are. A larger book size and a slightly smaller type-font size would probably make the paragraphs on the pages look smaller and more concise.

All in all, I have found the experience of dealing with Llewellyn to be very positive. I also managed to assemble around six book blurbs from other authors and occult leaders that will appear on the back of the book. I was pleased with their comments and very grateful for them to take the time to read over the unedited manuscript. Even though this book is one of the “for beginners” series, it has new and interesting information that even the advanced student will find useful. I wrote this book in such a manner so that I managed to cover some topics that haven’t really been covered in a basic book on the Qabalah. It is also one of the most accessible books that I have written, so I am learning to write more clearly and with far less assumptions about the knowledge and education of the reader.

The book is scheduled to go to the printer on November 1, and I should probably get to see an actual printing of the book a few weeks after that. I may very well have the final printed book in my hands sometime in December. The book is scheduled to be unveiled to the public in January, so I should probably start scheduling and assembling a mini-workshop for book signings at the local book stores. I am starting to assemble material for a three day intensive workshop for a comprehensive introduction to the Qabalah. Having the book available for attendees was something that I felt would be quite important before I went ahead and put together all of the material that I would need for an intensive weekend course on the Qabalah.

Before I assemble this class and try to teach the techniques of the practical Qabalah, I would like to immerse myself in performing a complete set of path workings and intensive trance-based immersions into the structure and symbology of that system. It has been quite some time since I have done this work, and I need to re-acquaint myself with the Qabalah in a very intimate manner. I also want to work with the simple exercises that I devised for my book and fully vet them for myself. I think that it would be a requirement for me to have these exercises fully memorized and nearly automatic if I am going to teach a class and demonstrate them for a group of students. I also have learned some things about how an intensive path working can be used to investigate the Qabalistic dimensions that border the Sephiroth and Pathways. Since I am of the opinion that the angular vectors of the Pathways would represent the locus where the Enochian Aethyrs would be found, incorporating them into a more advanced kind of Enochian path working would be something interesting with which to experiment during the long cold winters.

As for my plans to work any magical ordeals during this period, that will have to be determined later this autumn. I am planning on completing the four-fold talismanic elemental planetary work that I began early this year. I had generated metallic talismans for the Sun, Moon, Saturn and Mercury for my own version of the Portae Lucis ordeal, but in August, I charged the additional planetary talismans for Venus and Jupiter. In October (specifically, October 25), I will be charging the last of the seven four-fold talismanic elementals for the planet Mars. I will then have all seven metallic talismans, one for each planet. fully charged and ready for use. I am planning on putting them into a septagramic array and see how they function together. It should be quite interesting, and I am looking forward to the experience.

Winters in the tundra are quite long, and it does preclude much in the way of outdoor activity, unless of course one is into winter sports, such as snowmobiles, skiing and ice-skating. After December and the holidays, winter then becomes a long drawn out endurance contest, lasting another 14 weeks. Not only that, but the sun sets pretty early during that time, especially around the Winter solstice, when it becomes dark around 4:30 pm. There is an upside to the fact that I had to work a lot during the summer, and that is I will have quite a surplus of vacation time to take in December. I am planning on letting the year run down during the last three weeks of the year being mostly disengaged from my job.

I am intending on being quite socially active, and as an added bonus my girlfriend will be off from school and she will have completed the last semester of actual class-work for her master’s degree. We will be able to spend some real quality time together, and that will make the oncoming winter much more bearable. I am hoping to be able to go out and eat, drink, be merry with friends, and also do some really cool magical experimentation. It will be a time of carefree joy, parties and happiness, even though the land will be dormant and likely covered with snow. As an added bonus, I will probably receive copies of my book, Magical Qabalah for Beginners, which I can sell or give away as presents to friends and those who helped me successfully complete this book project. It will be a very memorable time, at least that is my hope and anticipation for the callends time that is soon coming to us all.