What Is A Magical Machine? 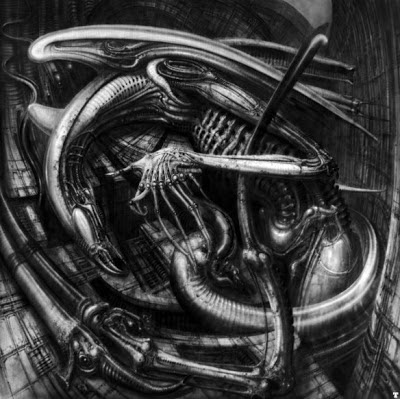 In my two articles about the vault of the adepti, one of the things that I called it was a magical machine. Now, some readers are probably wondering what exactly was I referring to when I used that term? So I would like to spend a few paragraphs explaining the nature and functionality of a magical machine.

First thing, throw away what you would normally think of when trying to imagine what a magical machine would be like! It is not a singular mechanical device used to aid or assist in the achievement of human work. It is not a clever combination of various parts that operate together to perform a specific set of functions. It doesn’t consist of various parts fashioned or made out of inanimate substances and it doesn’t need any kind of mechanical, internal combustion or electrical power source, so it is not at all like a material machine. I first heard this term spoken by Michael Bertiaux many years ago, although he used it in a vague manner and never really qualitatively defined it. Yet I did get a sense of what he meant when he talked about magical machines, and it intrigued me. Over the years I took this fanciful notion and developed it into a magical concept. I can now share that definition with you so that magical machines are something definitive and capable of being developed by nearly anyone.

A clue that I have already given you is that the vault of the adepti is a magical machine, so if you want something to keep in mind as I state my definitions, that would be as good an example as anything.

Here are the basic qualities that make up a magical machine:

1. It consists of an array of symbolic correspondences that represent an overall system, formulation or magical glyph. These are the specific parts that are assembled together to fashion a larger holistic structure. Of course, these symbols must be alive and fully activated in the mind of the magician. Often, these symbols are painted or graphically depicted on some kind of structure, and that structure can be as simple as a flat rectangle or as complex as a large prismatic container. (My media of choice is to use prismatic energy arrayed in geometric forms overlaid with symbols, spirits, energies and occult sound bites.)

2. The array of symbols or correspondences are directly associated with various but specific magical energies, psychological qualities (archetypes or icons) and spiritual entities. All of these attributes have been independently invoked and held within the matrix of the overall system, form or glyph.

3. Developing a living and breathing array of occult symbology, spirits and psychological icons or archetypes is not enough to accomplish the building a magical machine. A magician must also integrate herself with the various facets of that holistic device by establishing a correspondence to various points on her body, and then performing exercises to link them. These body points are generally called chakras by the eastern mystics, but they are actually more numerous and elaborate, making them more like acupuncture points or nerve nexus points. (The key is that the array of the magical machine should be integrated into the body of light of the magician so that they are unified.)

4. The overall structure or system of the magical machine is given some kind of iconic design or structure, usually, but not always, geometric. It could be the inner spiral of a shell, a cube of space, a spiral vortex, any prismatic crystal shape, or perhaps something dramatic, like a spider web, a compass round, an elaborate underground chamber (crypt), a mountain temple or even the 3D Tree of Life itself. It goes without saying that a magical machine is always greater than the sum of its parts, representing the transformative power that an embodied and activated iconic structure should possesses.

5. Behind the iconic design, glyph or form of the magical machine is a system of occult numeration as well as a sacred geometry. The pattern of the array is determined by a series of numbers representing two dimensional or even three dimensional tables of correspondences, all of which are dependent on certain and specific sets of numbers. Where there are numbers, there are also words, since in arithmology, words and numbers share an equivalence, so an alphabet also forms the basis of a magical machine as well as a system of gematria, notariqon, and the temurah of magic squares (and other magical polygonal grid shapes).

There are quite a number of other less important definitions that could be used to define a magical machine, but I think that these five cover the most important ones. I am sure that some of my readers could have guessed the first two, but the other three, especially the requirement of aligning the elements of a magical machine to the magician’s body, would probably be more obscure. I can at least state that if someone spends time developing a true magical machine, based on the five elements above, that they would have at their disposal a very powerful magical device.

Often, the easiest way to demonstrate how these definitions can be used is to illustrate them using a simple practical example. Therefore, I would like to present to you an example that I am actually building for my own personal use. (You can’t get more practical than that!)

Talismans are very useful magical devices and most magicians, if they learn anything, will learn how to manufacture a talisman using one or more of the popular methods. I prefer to use an active rather than a passive technique, so I work with rituals that project the planetary energy into the talisman. For planetary talismans there are only seven planets, and that isn’t much to build the large array that's necessary to produce a magical machine. However, there are 28 talismanic elementals, which consist of a planet and an element joined together. There are also 28 lunar mansions, and I have incorporated both together to formulate my device. A magical machine could be fashioned that would employ these 28 talismanic elements, but they would have to consist of all of the spirits of that system simultaneously invoked. This is not particularly easy, but through the use of metallic talismans, it becomes much more feasible.

As you know, I have been performing a series of special talismanic rituals since last February. I have perfected a system of invoking all four talismanic elementals into a single planetary talisman, each based on a single lunar mansion. So far I have managed to generate six of these talismans, and the seventh will be achieved a few days after the 25th of this month. At that time, I will have seven metallic planetary talismans corresponding to all 28 of the talismanic elementals. If I take those seven fully charged and activated talismans and use them together in some kind of geometric structure, then they could function as a magical machine. Furthermore, I could also link each of those seven metallic talismans to the seven chakras or nexus points on my body, and in fact, I could have them placed on my body for a period of meditation and contemplation. This would satisfy the third requirement. As for determining a glyph, I could use the septagram, the structure of a cube enclosing a triangle, or even a cross and a triangle. Truly, the possibilities are numerous. Experimentation is also encouraged, so I could place each of the seven metallic talismans on one of the seven Enochian Ensigns and see how the combination of devices would work in a ritual structure.

If I wanted to expand on this system, then I could employ the Enochian Heptarchia into the sevenfold array, incorporating the 49 Bonarum or Binary Planetary Intelligences into this structure. This would produce a system whereby the sevenfold array would be expanded to the second power, or squared. As you can see, there are a lot of possibilities once you start developing one of these magical machine systems. The key is that whatever array and iconic structure is established, it must also be aligned with the body of the magician in order to be truly effective and active.

Another tool that I use in my magick is the crystal, and I think that such a tool would have a very powerful effect if associated with a magical machine. Don’t think of the crystal as a power source (like a battery), instead understand that magical energy enters into and comes out of a crystal, often amplified many times or refined to a single point. It also has the capacity to store magical energy, and to recall it if the magician projects a line of force (charged by his will) into the crystal for that singular purpose. In some ways, the crystal would function like a magical CPU (central processing unit), helping to lend a kind of spiritual AI configuration to the machine array. Throw in some polygonal dice and some other divination tropes, all used within the sphere of the magical machine, and the crystal would function as the “brain” within its core. Employing all of these elements together as a magical machine will make one fantastic multifaceted magical tool.

So what kind of magic could you perform if you had a fully active magical machine? As I pointed out in my articles on the vault, you could perform passive divination (directed inwardly or outwardly) or you could focus any of the array of powers, psychological icons and spirits within the machine upon a single outwardly directed desire. Just imagine the amount of probability shifting that would cause by employing a magical machine to make changes in the material universe? I have had some experience tinkering with such devices, and from what I have learned, a large array magical machine would be quite potent. So I guess I better get started and build one for myself! I hope this inspires you to try building one yourself.