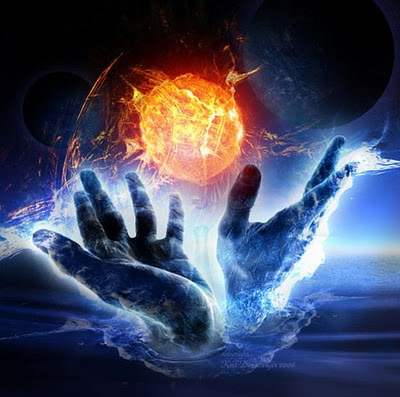 Recently, David Griffin wrote a fascinating blog article entitled “Paganism: Freemasonry for the 21st Century?” You can read it for yourself here. What most intrigued me was David’s quote from an earlier article on the three types of orders of the Golden Dawn and how they compare to other orders. Yet even more interesting, he made the distinction between symbolic and operative kinds of systems, or ones that use symbolic or analogical surrogates in their work, and others that are direct. Those kinds of systems that use symbolic surrogates are called the “Lunar Mysteries” and those that are direct, are called “Solar Mysteries.”

One would assume that the Lunar Mysteries must be mastered before one is able to advance to the Solar Mysteries, since working with symbols and surrogates is more easily mastered than discarding any intermediary for a complete and direct exposure to the One. I found this article to be quite brilliant and very inspiring, as are most of the writings of David Griffin. However you feel about this man or whatever opinion you may have about him, he does know what he’s talking about when discussing the elements of occultism and how they are to be worked in the Golden Dawn.

In David’s own words, he defines these two mysteries in the following manner.

“In a further distinction, there exist two kinds of operative systems and orders. Firstly, in the ‘analogical,’ operative systems, practitioners operate with systems referring by analogy to yet higher, more direct, and more advanced operations and systems. Analogical operative systems are thus called ‘lunar’ mysteries as, much as the moon reflects the light of the Sun, their light is reflected by analogical reference to higher operative processes. Nonetheless, despite her reflective nature, the moon indeed remains a luminary.”

David then continues with his definition of the Solar Mysteries to complete his point.

“The Solar mysteries comprise an operative tradition that lies at the apex of the Rosicrucian as well as the entire Western Esoteric tradition. The Solar operative tradition represents the capstone of the entire Western Esoteric Tradition, lying as it does upon the Hermetic pillars Alchemy and Theurgy. Here, we find not some mere mystical meditation upon alchemical images or psychological nonsense, but rather the supreme esoteric corpus of operative practices that all other genuine magical and alchemical operations only refer to by analogy. It is the summun bonum, the apex of the pyramid.”

So it would seem that at some point in the development of an adept, the magician discards all of the symbols, analogies and surrogates in order to become totally immersed in the power, majesty and wisdom of the One. This phase would represent the beginning of illumination, enlightenment and at-one-ment with the Godhead. The magician, as an agent of the One, would fully engage and become a keystone in the continuous process of the emanation of the One to the Many. This concept makes complete sense, and should represent the ultimate goal of all individuals practicing the various forms of magick in the Western Mystery Tradition.

To complete his thesis, David tells us that the Masonic organization of the Blue Lodge no longer has a true and engaging esoteric organization, and that the remote symbology of the three grades of initiation shine dimly with the light of what was once a vibrant and powerfully transformative organization. Freemasonry, according to David, is a shadow of its former self and has been in steep decline for decades, if not the last century. This is not to say that Freemasonry can’t ignite one’s spiritual inner fires and cause illumination in a candidate, but that occurrence, by itself, is outside of the singular purpose and function of the organization.

If David has made that claim, then it would follow that other organizations that are based on Freemasonry are also in decline, however subtle or obvious to it’s members. What David didn’t say is that even the Golden Dawn itself is slowly losing its way and becoming, in a fashion, obsolete, or at least in terms of how it’s been practiced and organized for the last several decades. Don’t misread what I am saying, the Golden Dawn has been critically important to the development of a number of spiritual movements in the western arena, particularly modern Witchcraft and Paganism. The Golden Dawn was the source root for many pagan offshoots, and it continues to be relevant today.

However, the Golden Dawn has also given birth to its ultimate replacement, which is pagan magick, theurgy, liturgy and a form of sexual alchemy. Granted, modern witchcraft and paganism are relatively new and are just beginning to be formulated into the higher levels of practice and discipline required to achieve complete illumination. The whole first level is still being developed even as I write this article. But there are other elements that are being assembled which will ultimately establish a fully vetted operative system. Some individuals are already practicing this methodology, some deliberately, others unwittingly.

One other thing that David didn’t mention is that pagans and witches who practice their religion and magick, do so within a temple environment which allows for complete immersion into whatever is generated, invoked or evoked. This fact was well established in a previous article that I wrote some time ago, but which I will re-introduce again. You can find that article here.

Witches and pagans use a magick circle in most of their liturgical and magickal workings, but that circle does not function as a barrier or filter protecting them from the spirits and powers that they might summon. In fact, witches and pagans are naked before their gods, goddesses, ancestors, and any spirits that they would seek to invoke. All that protects them is their reliance on their personal and specific cult of godhead assumption. They work magick as their godhead, but in doing so, they are fully exposed to any and all of the spirits and powers that are summoned or generated within the magick circle. So it would seem that ritual magicians who are witches or pagans are receiving a fair amount of direct exposure to the totality of the inner planes. What analogical or surrogate components that do exist in their rites are simply those spirits and powers which have a single and common source, the One. Thus we can say that pagan ritual magick is halfway between the Lunar and Solar mysteries, and that it doesn’t take a great deal of intelligence or insight to adjust one’s workings to engage directly with the One. It just takes a lot of courage, imagination and an empowered discipline.

How do you shift gears and directly engage with the One? There are two methods, and actually both are used. The first method is an advanced treatment of the Great Rite, where two magicians assume the polarity of their associated godhead and join in sexual union, in emulation of the One. From a magickal stand-point this process still requires the use of surrogates, so there is even a more direct and reduced methodology, which is the direct ascension into the One through the mediation of the Higher Self. Still, both of these methods emulate the greater mind of the One, yet the challenge of the higher adept as avatar is to live with that union perfectly established, from day to day until the end of life, and perhaps even beyond. I can only vaguely speculate on these matters, but I do understand how they might be accomplished. Yet I have been working in that halfway middle ground for years, standing at the cross-roads between the Lunar and Solar mysteries.

What is needed is for me to put away all symbols, analogues and surrogates and open myself completely and totally to the full realization of the Solar mysteries. I look forward to that day, which I hope is already on the horizon. However simple it may all seem, it is the most formidable task that I have ever set my sights on achieving.

May you be blessed and filled with inspiration and understanding, wisdom and realization for this time of the calends, in the year 2010. I wish you peace and prosperity in the coming year.
Frater Barrabbas
Posted by Frater.Barrabbas at 6:23 PM