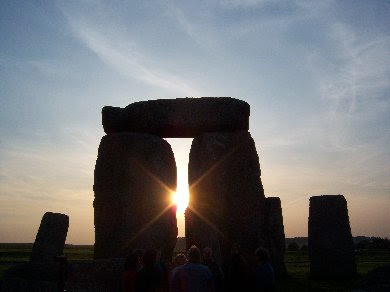 
Whatever your religious, spiritual or magickal proclivities, on Tuesday, a very special and sacred religious holiday will occur. That event is the Winter Solstice, also called Yule by many pagans and witches, who celebrate the turning point in the solar light season where the light begins its ascent during the longest night of the year. Perhaps the simplest recognition of the Solstice is to light a candle during the day, then extinguish it once the sun sets, and then relight it for the first rays of dawn.

Yule 2010 is going to be a very special event, because not only is the Moon going to be full, but there will be an observable Lunar Eclipse taking place during that time as well. The combination of Full Moon and Lunar Eclipse is quite unique, occurring only once every 456 years. Still, while the actual solstice will take place during the late afternoon, the eclipse will take place very early in the morning. This will make the entire day, from just shortly after midnight on December 21 to a few hours before dawn, then again when the sun sets later that day, and finally, the dawning of the next day. If you can manage it, try to do something during that day, from midnight through dawn of the next day. You will be greatly rewarded by the wondrous and auspicious nature of this very special Yule event.

Here are the times for the eclipse - in Central Standard Time (US).

12:33 AM CST - lunar eclipse begins, where a reddish brown shadow (called the umbra) will be cast over the face of moon.

So the entire event of the lunar eclipse will last for around three and a half hours. Sunrise will be around 7:49 AM CST, and sunset will be around 4:30 PM CST. During the eclipse, the moon will not be completely blocked of all light. It will take on a dark orange or dark red color, sort of like a “blood red” moon. The significance of the coloration of the moon, the lunar eclipse, full moon and Winter Solstice all happening at the same time I will leave to each and everyone, but it can’t but be significant and even profound.

Those of us who live in Minnesota, the weather forecast is light snow showers during the day, but supposedly cloudy both day and night, so it's possible that there won’t be much to observe up here, except perhaps for a deepening gloom of the night not long after midnight. Who knows, perhaps it might clear up, and I am hoping that it will. I have the whole period off from work, so I will be in the magick temple during this time, and also outside, laying out some offerings to the local gods in the grove.

Anyway, I would like to wish one and all a very happy, deep and renewing Yule. May you find all of the love, happiness and magick that you seek - in this season and the coming year.
Bright Blessings -