Some Furor Over Trials of the Moon 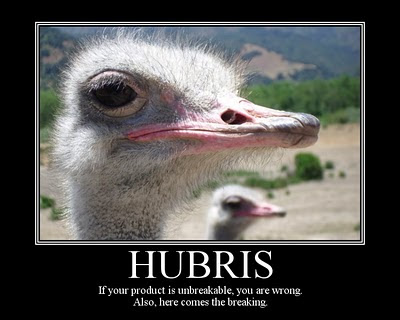 I recently wrote a review of Ben Whitmore’s self published book entitled “Trials of the Moon,” which found a number of problems with Ronald Hutton’s book “Triumph of the Moon.” You can find my review here. Needless to say, I did indeed read Whitmore’s book and found it concise and thought provoking. What it did is nothing more than the author set out to do, which is to remove the iconic status that Hutton has in some academic and pagan circles and show that not all of his arguments are to be equated with absolute truth. Some of Hutton’s arguments are not iron clad or irrefutable, but on whole, his work is to be considered monumental, ground-breaking, but not the last word on the subject. That’s all that the book “Trials of the Moon” had established as its scope. In no way did Whitmore seek to propose an alternative theory on the history of witchcraft and paganism, their potential survivals and their historically verifiable antecedents. His book does nothing more than just open the door for other studies and further work, a door, I might add, that some may have considered already closed. As a thinking and breathing human being, Ben Whitmore is entitled to his opinion, and if he so wishes, he may share it with others by posting it on the internet or publishing it as a book.

Lately, some individuals have taken it upon themselves to unfairly excoriate Whitmore and his book. First, he is criticized because the book is self-published, so we are to assume that it was published in this manner because no respectable publisher would have touched it. Then, Whitmore is criticized because he is not a reputable historian with the correct academic pedigree. So that would lead one to somehow conjecture, “How dare he even think of criticizing someone of Hutton’s stature!” Then, Whitmore is taken to task for his supposed “ethos” instead of actually looking in a critical manner at the arguments presented in his book, and then, of course, pondering on them, as I and others did.

Chas Clifton dismissed Whitmore in his blog because he was another one of those tawdry self-published hacks, and then he linked to a rather harsh critique of this book, while admittedly not having bothered to read it himself. You can find his critique here. Of course, the blog article that started this whole imbroglio was penned by Peg at TheMediaWitches, who wrote what I thought was nothing less than an “ad hominem” attack on Whitemore and his ethos, but which seemed to miss the whole point that the book presented in the first place. Perhaps Peg read Whitmore’s book, but certainly not very carefully, nor did she ponder over any of the main arguments that “Trials of the Moon” attempted to make. Instead, we got something like this “Again, HUH? HUH?, I say.”

It isn’t very hard to mistake contempt and arrogance in the way that someone writes a critique. I found Peg’s review to be a sad kind of statement about being emotionally attached to ideas and individuals, and not being capable of reasoning in a dispassionate manner. The fact that both Chas and Peg are also brother and sister witches or pagans to Ben Whitmore makes the whole affair quite tragic. I guess it’s a lot easier to put a knife in the back of a brother all the while smiling and pretending to be their ally than it is to have a fair fight with a worthy opponent. Of course the obvious question is, why put a knife in the back of a brother?

The bottom line to all of this controversy is that we should all examine Whitmore’s book in a cool and dispassionate manner. Look at what he has to say and how he backs it up. Does he site his sources? Are the sources verifiable and do they indicate what he says they do? The fact that Ben Whitmore is not an academic and that his book is self-published is completely irrelevant. His arguments and their associated proof are the only valid areas for our unbiased consideration. We can agree with his thesis or not, and if not, then present in a civil manner exact areas where that thesis can’t be backed up with relevant facts. To dismiss someone simply because he doesn’t have the required academic credentials or because he is self-published shows a level of hubris and arrogance that truly astonishes me. That it comes from two individuals that I admire is even more astonishing.

It also disturbs me that certain individuals seem to have put Ronald Hutton on a pedestal and treat him like a demigod. Giving Hutton his due is important, but not at the expense of any other opinions or theories. As witches and pagans, we can benefit from the work that Hutton has done, but that work has only just begun - it is not yet complete. Other pieces of the puzzle have already been delivered, such as the two books published by Philip Heselton, and much more remains to be done. Doubtlessly, more information will be forthcoming, like the latest book just published by Emma Wilby on the witch trial of Isobel Gowdy. All that Whitmore has said is that we should keep an open mind and not accept anything written by anyone, no matter their reputation or stature, as the gospel truth.

It’s my hope that cooler heads will prevail in the future and that Ben Whitmore’s book will be given a proper and dispassionate examination by adherents and scholars alike. He is due no less regardless of his background or academic standing. Meanwhile, Whitmore’s book has given all of us a lot to think about, ponder, and discuss in an civil manner.
Frater Barrabbas 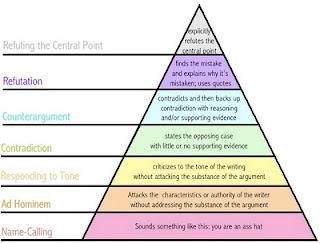 Posted by Frater.Barrabbas at 4:12 PM