Thoughts About Retro-causality and Magick 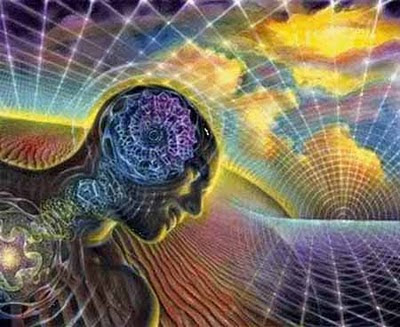 Just the other day I happened to come across an article written by Cassandra Vieten on the Huffington Post web site. Casandra is a writer and researcher who is the Director of Research at the venerable Institute of Noetic Sciences, and is the author of “Mindful Motherhood.” Anyway, Cassandra wrote a very excellent article entitled “It's About Time: The Scientific Evidence for Psi Experiences, ” which would seem to answer my quandary about divination. You can find her article here. She has reported that in a forthcoming issue of the Journal of Personality and Social Psychology (JPSP), Cornell psychology professor Daryl Bem will publish a ground breaking article entitled “Feeling the Future: Experimental Evidence for Anomalous Retroactive Influences on Cognition and Affect.” In this article, the esteemed professor will present evidence from nine experiments involving over 1,000 subjects that will appear to show that future events may be able to influence events in the past. This is, of course, a concept called “retro-causality,” an idea that has been the subject of discussion and experimentation in Quantum Mechanics.

Some of the experiments reported by Dr. Bem showed that students were able to guess at future events in a frequency that was well beyond mere chance, in others, it appeared that the future was directly influencing the present. One might easily dismiss this evidence as the product of poor science or shoddy experimentation, but the paper has been vetted by peers and Dr. Bem has a reputation of being a very solid research scientist, in fact, his prominence is global and certainly beyond reproach. So it would seem, in a stroke, that Dr. Bem may have produced some definitive proof that human beings have the ability to sense and know events before they have happened, which is a form of PSI, psychism, or precognition. If Dr. Bem’s experiments can be replicated, and there is every indication that they can, then what does this say about occult methods of divination? Perhaps they are made more legitimate, since certainly, as more experimentation is done, scientists will begin to isolate more of the variables, such as certain individuals are more psychic than others, psychic phenomena will occur more frequently under certain circumstances, etc.

In a previous article that I wrote nearly a year ago, entitled “Thoughts About Magick and the Science of the Impossible,” I stated that divination had a problem with one of Newton’s laws, the third law of mechanics which deals with causality. Let me quote what I said at the pivotal moment of that article.

“Precognition is the power to predict a future event, it includes forms of clairvoyance and clairaudience. What that means is that in order for precognition to occur there would have to be a complete collapse of causality. According to Michio, one of the many sets of physical laws determined by Newton that appear to be inviolable is the law of cause and effect. In order for precognition to exist, the law of cause and effect would have to be altered, allowing effects to occur before their causes. One would assume that a person could only sense a future event if it were perceptible, and that perception in itself would violate causality, since it would predetermine effects. If such a phenomenon were possible, then causality itself would be nullified, causing the world to be physically inconsistent to an absurd degree. ”

As you can see from what I wrote, there appears to be a fundamental problem with the future affecting the outcome of the past, or where one would be able to sense the future from the standpoint of the present. It is Newton’s law of causality. There would have to be some powerful evidence that would force physicists to re-evaluation Newton’s law of causality. Well now, it would seem quite fortuitous that in the scientific field of Quantum Mechanics just such proof has been produced very recently.

For decades there has been a conundrum in Quantum Mechanics that kind of goes like this. Suppose you have two completely identical atoms of a radioactive substance. The first atom might undergo nuclear decay at one moment, and the other would decay at some point later in time. There isn’t any way of explaining why the two identical atoms would decay at different times from each other, given that they were identical. The only difference between them are the events of their decay, so scientists have speculated that perhaps there is a line of information from the future that informs the past. In other words, the information about when one identical atom will decay compared to another is not found in any variables in the past or present, but only in the future. This process, where the future informs the past, is called retro-causality. The mathematics for this process were determined decades ago, but the proof has only been shown to exist in the last couple of years. This interesting bit of news was reported in a Discovery magazine article back in April of this year. You can look over the Discover magazine article here. It’s entitled “Back From the Future” and was written by Zeeya Merali; it was also linked in Casandra’s article.

So what does all of this mean? It means that there appears to be a scientific basis to precognition after all, which had not been previously proven. It means that Newton’s law of causality has exceptions, and that divination and precognition can and does indeed occur. What we don’t yet know are the specific conditions and talents that make this process work. As further experiments are performed, it would indicate that the world will become much more complex and interesting than it had been, which had been so narrowly confined by the dictates of science. This would also downgrade precognition from a class four impossibility to class one or even less.

I myself have experienced all sorts of causality anomalies and time distortions while engaged in working magick and being completely immersed in its operant field. I have had experiences where divination predicted flawlessly what was going to happen, even though there are other times when it has produced results that were vague or completely wrong. Precognition is a very touchy phenomena, when it works, it’s incredible, when it fails, which is more often than not, it fails miserably. Maybe this means that the transmission of information from the future to the present isn’t always clear or perceptible. So with that in mind, all divination has to be taken with a very practical and slightly skeptical mind-set, otherwise one can be hugely led astray.
Frater Barrabbas
Posted by Frater.Barrabbas at 10:52 AM