Hidden Contacts and the Self-made Magician 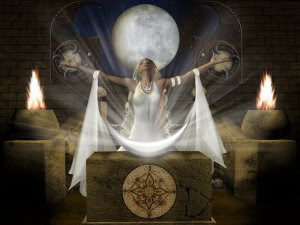 My article on Remarkable Self-made Men and Women (where I lionize the laudable personal accomplishments of William G. Gray) got an excellent comment by Peregrin, who discussed the importance of hidden contacts that aid and assist the direction and development of such stalwart individuals. Peregrin is referring to what he calls the “Inner Tradition,” and that one can achieve an inner contact spontaneously through working with the outer forms of a tradition.

Here is the most important kernel of Peregrin’s comment, which I include here.

“With regards the remarkable WG Gray, I think he was able to use what outer teachings and connections he picked up to make contact with the abiding Inner Tradition. This is a theme explored well by Richardson and Claridge in the biography. My own understanding is that connection with the non-corporal inner tradition is essential for authentic and transformational magical practice. This though does not necessarily mean ‘channelling’ inner plane Masters and wot not. Inner connection is an Art and there are many ways for people to practice the Art, some hardly looking like ‘magic’ outwardly.”

I find that I completely agree with Peregrin, since what makes someone remarkable isn’t due to their outer talents or abilities. It must, therefore, be something else that resides internally within a person which makes them shine with an ethereal light. Although I myself have undoubtedly experienced internal contacts of a very powerful and profound nature, they were not deliberately sought nor achieved by direct methods. In fact, I don’t actually know how they occur (but I have some interesting speculations about them). All I can say is that if a magician builds a discipline and performs his or her work in a regular and periodic fashion, then these internal contacts do occur, and they become the greater source of inspiration and creative development.

A magickal discipline, performed regularly and continuously will, after a time, produce a phenomena that I call “the process.” What that rather nebulous term really means is that there appears to be a kind of magickal and spiritual field that surrounds a practicing ritual or ceremonial magician. That spiritual field becomes tangible over time, and begins to inspire, alter, direct and reveal important spiritual truths to the practitioner. The process is subtle, and at times, nearly invisible, but once triggered and consistently energized, it appears to have a mind and a will that is distinct from that of the magician. It is the empowered and dynamic process that makes subtle internal connections, alignments and spiritual alliances, often without the direct conscious knowledge of the practicing magician.
Because the process is very much a part of the overall psychic core of the magician, it would never lead him or her to an end or goal that is destructive, delusional, distractively irrelevant or regressive. In measuring my own specific process, I have found that it is innately good, positive and progressive. Following my process has always lead me to an optimum resolution to any given crisis or issue, and ignoring its message has always forced me to experience the worst possible outcome that life has to offer. Having learned this lesson very early in my magickal career, I now listen very intently when I sense that my process is communicating to me.

Peregrin talks about this “Art” as if it were a battery of techniques functioning at the core of a ritual magician’s discipline. Yet to this day, I must admit that I don’t have any such specific tools. What I do have in my repertoire are specific invocation rituals for the few spiritual beings (let’s call them demi-gods) that I have discovered and were by chance revealed to me as important to my personal spiritual and magickal process. However, these discoveries were revealed and inspired by something that is truly internal, subtle and usually quite invisible - in a word, my own process. I have been led and carefully nurtured by something that is truly beyond me, but also very much a part of myself. It’s a paradoxical phenomenon, but it also something that might possibly be explained using the Qabbalah. The process would therefore be the activated awareness and sensitivity to the Yechidah as perceived through the Neschamah at peak moments of the Ruach. In other words, my personal Atman is the “behind the scenes agent” for arranging events and making contacts in the spiritual and mental worlds, which are covered by the Neschamah and Ruach.

My experiences, however, are specific encounters or brushes with the Godhead, which resonate within my own personal God/dess-Within. At those moments I feel the uncanny connection between everything, spiced with paranormal phenomena and charged with the presence of the Deity. What this phenomenon has lacked until recently is a name and a definitive characterization. Since I managed to successfully invoke my Holy Guardian Angel, I now know a lot more about that core being which lurks at the center of my spiritual process.

I suspect that William G. Gray and other independent and remarkable persons have also had this kind of spiritual experience, which I call the process. I have discussed this with other occultists and I have found it active and operating within them as well. I would suspect that for a person who belongs to a Golden Dawn, Thelemic or Theosophical organization, the process would assume the character of the Egregore of that organization. However, for me, that quality, which I call the process, seems to act independently of any organization. I would suppose that my process is independent because I am independent as well, but that has made identifying and defining it much more difficult. However, over the many years of practicing and studying, I have found some basic practices that have greatly helped me to identify the active elements that are operating within my own spiritual and magickal process. (Perhaps this is what Peregrin meant by an Art of inner contacts.)

First of all, the most essential element of one’s process is the Higher Self or Holy Guardian Angel. This is the most important link to the deeply internalized kernel of the spiritual self known as the Atman. Any magickal or mystical operation that can fully reveal the Higher Self and assist one in knowing its name and defining its character is probably the most important key to any kind of adept level working and realization.

Other spiritual entities will become important and they will reveal themselves to you through a continuous magickal practice. These entities (usually in the form of demi-gods or various important spiritual beings) should become part of the personal pantheon of the practicing magician. Often when I discover such a spiritual being, I will assemble an invocation ritual to effectively focus, define and characterize that spirit. Performing such a custom invocation ritual greatly assists me in forging an important and powerful bond with that entity. I may also acquire a statue of that demi-god and place it on my shrine, and give it offerings and devotional attention. Building up a personal magickal and religious cult is an important task for the ritual magician, since he or she must maintain an alignment (bond) and connection with the Godhead to enable a fully realized assumption whenever magick is to be performed. After a while, the temple shrine becomes crowded with statues and various sacred objects whose sole purpose is to facilitate a connection with the various spiritual entities that are operating in the magician’s personal sphere. These spirits, godheads and demi-gods also populate the magician’s process, and can aid, guide, protect and even reward the magician as he or she progresses on the path of spiritual awakening and enlightenment.

This is how I am able to identify and incorporate various entities into my personal magick and my religious cult. Yet that religious cult, where I act as high priest and congregation, is nothing more than a personification of my more invisible and inexplicable spiritual and magickal process. The temple shrine with my magickally animated statues, offering bowls, horn drinking cups, phallic representations, magickal jewelry, vase of flowers and incense burners, where I focus my devotions, offerings, oblations and prayers, is the manifestation of my process and all that it contains - or at least everything that I am aware of. A shrine may start out modest and sparse, but after many years of working, it seems to grow in size and capacity, just like the magician’s process. If my temple shrine exemplifies my magickal and spiritual process, then it also helps to materialize and objectify not only my spiritual progress but also the extent of my spiritual alignments.

To recap what I have presented here - a magician’s process can be materially realized through the following four spiritual and magickal practices:


I believe that the above four practices will help practicing magicians manifest their inner spiritual contacts and allow such contacts to aid, guide, develop, reward and empower them in a manner that would help them ultimately become enlightened and one with the Deity. Once such a methodology is adopted, it would certainly make that magician into a remarkable and self-made man or woman.
Frater Barrabbas
Posted by Frater.Barrabbas at 8:00 AM