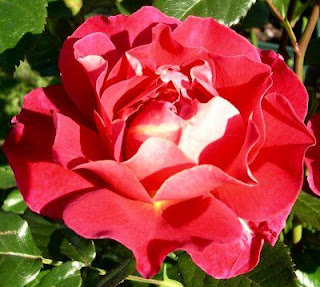 Happy Anniversary for the Blog, its writer (me), and all you wonderful readers!


How time flies when you have your nose to the grindstone, as it were. I am now happy to announce that this blog has passed its second anniversary, and it has now been around for two whole years. This is quite a remarkable mile-stone for me, and there has been quite a few substantive and in-depth articles for you to peruse and examine, hopefully, at your leisure.

My ability to write appears to be getting better, and so is my ability to articulate and express my beliefs, which I might add, have also been changing over the last couple of years. If anything, I seem paradoxically less certain of myself and a lot more open to variations than where I was when I started. That would seem to represent a kind of progress or maturing occurring within me. Or it could just be that I am being worn down and getting fatigued by a constant process of erosion, where I am periodically and consistently beat across the head by my pundits until a certain amount of sensibleness temporarily overtakes me. Either I will become wise some day, or my head will be reduced to mere dry pulpy dust through the unrelenting process of having to mitigate my prejudices and restate my opinions. A blog opens you up to the public eye, and this can be a very humbling experience, especially when you go public with either a half-baked or incorrect idea. Yes, such mistakes are (hopefully) the stuff of amusement, and not annoyance, for many others. If I am not a good example, at least I may function as an object lesson for others to see and take warning.

The life of an occultist is never easy, since we have to, by definition, constantly refine and revise our beliefs and practices based upon a never ending stream of insights and revelations. Yet throughout all the struggles of a pagan spiritual life, I wouldn’t have it any other way. I have found it a good thing to be forced to constantly hone my intellectual skills and challenge my ability to engage in critical thinking. There is no rest for those who are forever seeking spiritual truths, and thank the gods for that happy occurrence! I would rather be a lifetime seeker than to pretend to be someone who has all of the answers (and ignore the hard questions that can’t be answered).

I think that some forms of fundamentalist Christianity actually inspire their followers to short-circuit their critical thinking skills in favor of accepting their religious doctrine without either doubt or questions. It’s the terrible folly of being a true believer, which is something I could never be.  I know myself all too well, and I could never function that way, and that’s probably why I became a pagan so many years ago. (I was the obnoxious kid who kept on asking all of those troublesome questions in Sunday school until being asked to leave permanently.) I guess you could say that I am doomed to only believe in what I have seen and experienced myself, and luckily, I have experienced the full spectrum of angels, demons, devils, gods, goddesses, earth spirits, ancestors and dead heros. Because I also know how to write, then I might share these thoughts, opinions and experiences with you, and then see what you might do with them.

From the blog statistics, I have around 450 individuals who are subscribing to my blog site, around 185 who are actual followers, and an approximate all-time total of 86,000 views since the blog was first started. A few of the articles have actually gone slightly viral, like the one on Michael Bertiaux, but mostly, I have seen a very modest and sizeable increase in my readership, which is very heartening. I hope that these favorable ratings continue to increase, and I will do all in my power to help make them so.

So here we are, another year down, and a new one beginning. What are my plans for the next year of blog based articles? I am quickly approaching the 250 articles benchmark, and most of these articles are quite long and in-depth. I have been saying for the last few months that I need to scale back the length and depth of my articles, and that will be happening starting next month. The articles will be shorter and focused on a specific topic, which might make them more interesting to read for some. I have decided that I need to start putting some of my fervent writing into other venues, particularly non-fiction occult books, and even some occult, horror and supernatural fiction stories. I recently completed a seven week course on Forensic Sciences for Writers, and I intend on using that knowledge in the future, perhaps writing some occult detective stories, something that I have always been rather keen on doing. I am also starting my writing project for Llewellyn, so I will have less time to devote to this blog. This doesn’t mean that the blog will suffer, only that it will be more topical and each article will be considerably shorter.

Even though it is the middle of summer, and I am thoroughly enjoying these short months of sunshine and balmy weather, I am already making plans for this autumn and winter. I would like to share some of these ideas with you.


There will be lots of things going on, and I will share some of it with you, my faithful readers. Thanks for all your support, comments and questions. You have made this a very rewarding experience for me, and I hope that I have given you some moments of inspiration as well.

Bright Blessings to you in the coming months -
Frater Barrabbas
Posted by Frater.Barrabbas at 8:00 AM