Summer’s Lease Hath All Too Short a Stay 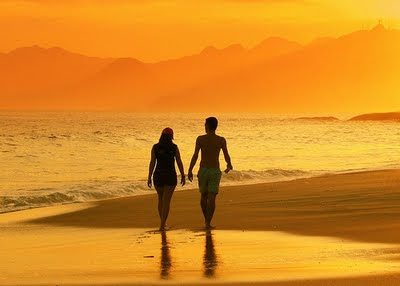 We are now coming to the end of August, and soon summer will end and autumn will begin. Because I was sick with a very nasty cold in July, I lost close to three weeks of the warmest and most wonderful days of summer this year. While I am kind of saddened by that loss, I look forward to the more productive but less outdoorsy oriented days ahead. Autumn is a time to begin to plan for some interesting indoor temple magick, and winter is the time to do it. As a pagan, I greatly appreciate the changing of the seasons, but climate change is making the temperate climate of the northern regions of the U.S. more extreme. I hope that autumn will be glorious, and that winter will be short and mild - or at least I can hope for the best and brace myself for the worst. What often does occur is somewhere in the middle.

The controversy over Reconstructionism vs. Tradition is still a hotly disputed topic in some of the various Golden Dawn group discussion sites. Some have said that to give reconstructionism a pejorative meaning is to mislead folks into believing that somehow tradition is superior to reconstructionism, and I think that a few leaders in the HOGD organization who are calling some of their peers “bad reconstructionists” isn’t the same thing as being somehow misleading, egotistical or even nasty. Let’s just consider it as the moderated voices of the followers of the GD tradition who are very likely internally outraged, but are actually being civil about it. I think that like everything else, taking things in moderation is a proper way to promote any kind of perspective, and that being an aggressive reconstructionist while simultaneously denying the validity or existence of others who are traditionalists is the same thing as being a bad reconstructionist.

Since I started the whole imbroglio with my two articles posted this last Spring, where I compared a couple of the GD organizations to Frankenstein monsters (without a head), some might say that I am mostly to blame for this exchange of umbrage. However, I think that I was correct in pointing out where reconstructionism can go wrong, especially when it is promoted as the “only true way,” and denying that other organizations who are following an extent tradition must somehow be deluded or fraudulent. I suspect that these two parties will never agree, and as long as the aggressive reconstructionists continue to deny the possibility of there being a true third order with actual (mortal) secret chiefs, there won’t be any peace between these two groups. Anyway, I have spent far too much time either discussing or thinking about this topic, and I would like to move on to other more interesting themes.

On a positive note, David Griffin is offering the Golden Dawn community the opportunity to engage with his organization and therein receive the newly transmitted lore for the second order, with a possible ultimate access to the third order. This is very generous of David, considering the flack that he has taken every since he was contacted by those same secret chiefs. It would certainly be the way for anyone to test any and all of David’s claims. These are truly interesting times for the Golden Dawn, since such discussions have become the impetus for further development, particularly with those GD organizations who want to proceed without the aid and intercession of the secret chiefs. I only wish that I was either starting out my magickal and occult journey today, or if I would have had access to a proper GD group back in my formative period in the early 1980's, so that I, too, could take advantage of this generous offer. Yet because I had to determine my own direction and develop a magickal system that is now quite distinct and different from any of the GD methodologies, it would likely not be profitable for me to seek any kind of GD initiation at this late date of my development. It’s a great thing for the Golden Dawn organization as a whole, but it does leave out those of us who have built up occult systems that are not based on that system.

As for myself, I am happy to be completely independent of any organization or group. I follow my own path and determine my own direction. I have learned the hard way that dependence on anyone for my spiritual and magickal development only leads to disappointment, as I so bitterly found out when I chose many years ago to hitch my horses to the “Bill Schnoebelen” wagon. That situation only lasted for four years, but the harsh lessons learned have lasted me all of these years. Since that time, I have decided not to join any organization without clear objectives, and once those objectives were met, to freely leave and continue my wanderings through other disciplines. Only I know what is important, relevant, insightful and key to my own spiritual development. No one else has this knowledge or insight into my internal process. I also believe that this is true for everyone on the occult path of magick and mysticism. Teachers and mentors, as well as initiatory organizations, should be temporary and non-binding, otherwise the teacher or group will readily substitute the student’s process for their own agenda. When this substitution occurs, it has the terrible effect of shunting or even turning off that person’s ability to grow and evolve through their own inner contacts.

When I was a member of Bill Schnoebelen’s witchcraft cult whatever spiritual and magickal progress I had made during my first year in that group was effectively put on hold for the following three years. I came out of that “Coven from Hell” stunted and underdeveloped, like some creature that had lived its whole life in a cave. Getting back on track and unlearning some of the bad habits that I had acquired took at least two to four years, and I was supposedly a prodigy. I could easily imagine someone getting sidetracked and not finding their own true path again for the rest of their life. I would find such a fate for myself to be grievously sad and deeply disappointing, so that is why I am so concerned about maintaining my freedom and independence.

I have written two articles that very plainly stated my opinions about self-made remarkable men and women, and how, as a self-made pagan and ritual magician, I was able to find my way without any outside intervention. These articles communicate something of my internal essence, and they show why I am not interested in giving up my hard earned independence and freedom that allows me to seek, discover and expound on whatever I feel is important or vital to my personal development. You can find the articles here, and here. If you want to really understand what makes me tick, then these two articles would represent my essential modus operandi.

These article were not written with multiple levels and they don’t require any kind of “reading between the lines.” They are as straightforward and written plainly as I am able to make them. I have always been a terrible liar and had problems disguising my motives or dissembling my communication. If I am diplomatic, it’s only because I have learned the hard way that sharing my undeveloped opinions have often caused me more harm than good. However, I have never shirked from sharing opinions that are developed and based on what I passionately believe. So you can be certain that what I write in this blog represents what I currently believe, even though those beliefs may change or evolve over time.

Now on to other topics - I am starting to write up my book temporarily entitled “Qabalah for Beginners,” and that will be one of my most important writing tasks for the next several weeks. Hopefully, I will get it done sooner than that, but it will be my main focus for a while. I will also be volunteering for the Minnesota Pagan Pride Day to be held at Minnehaha Falls Park on September 10th. I recently created a Yahoo! group for Order of the Gnostic Star, which is an online group for initiated members, affiliates and interested parties. The group is closed and requires either an invitation or approval to join. I will consider any requests sent to my blog associated email address. I also plan on getting in some last minute outdoor activities, such as kayaking and doing some tourist type activities over the next couple of weeks. Since I lost three weeks, I am hoping to catch up on them in the next three weeks; hopefully the weather will stay warm and sunny for some of that time.

So, make certain that you take some time off and have a wonderful time for the rest of the summer. Drink some beer or wine, spend time outdoors, go to some parties, and generally have a great time. Winter will all too soon be upon us again, and we will regret any time not taken to enjoy the great outdoors while we can.
Frater Barrabbas
Posted by Frater.Barrabbas at 8:00 AM