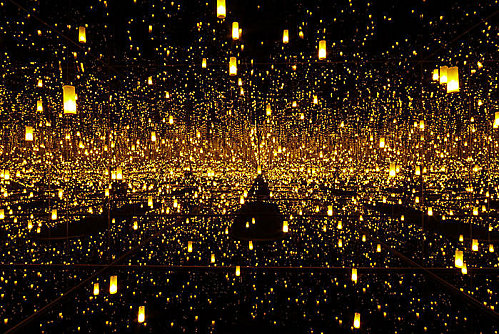 Recently, I have become acquainted with the writings and teachings of the late Jean Dubuis, who was a French occultist, alchemist and magician. His system of magick combined spagyric forms of alchemy with astrological magick and the Qabbalah. It was a system that was steeped in traditional European occultism but modified by the influences of modern science. This was due to the fact that Jean Dubuis was also a modern nuclear scientist of some repute. Thus, he avidly blended his occult perspectives with cutting edge scientific theories and perspectives. Jean Dubuis was, in a word, a magician-scientist, which is actually a viable and interesting occult path.

A central magickal operation within Mr. Dubuis’ occult system was a process whereby a person could achieve a direct connection and report with powers and intelligences of the Supernal Triad. He called this the Experience of Eternity, and it was a necessary step for a magician to achieve the proper connection and linkage with his or her higher self. You see, Mr. Dubuis saw the Tree of Life in a linear fashion of ten consecutive planes, and merged the supernal triad into a single unitary sephiroth. He saw this unified sephirah as having three layers, the first and lowest, associated with Binah, was what he called Eternity, or timelessness. The second layer above that, which was associated with Chokmah, he called Space-less-ness, and the highest layer, Kether, he called the Unitary Principal or Black Hole. Suffice it to say, Mr. Dubuis focused on the direct pathway to achieve a connection with the lowest layer of the supernal triad, which was Eternity. This was to be accomplished by contacting and connecting with the three Sephiroth that would form a bridge, and these are Yesod, Tiphareth and Binah, or the Moon, Sun and Saturn. For this reason, he decided to focus his working, the Portae Lucis, on these three planetary aspects. 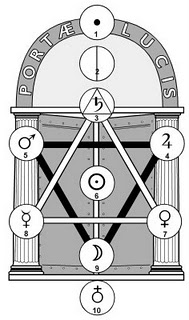 In addition, Jean Dubuis saw the Tree of Life as an evolutionary process, where the four Trees would represent the major levels of the evolution of manifested life. Mr. Dubuis saw that this process of material manifestation had two inherent processes, a downward thrust of the divine into material manifestation (involution), and an upward ascent where that manifested level of being would be evolved to the next level (ascension). These levels actually represent four different Trees of Life. The first Tree is the mineral  or crystalline Tree, the second is the vegetable or plant Tree, the third is the animal Tree, and the fourth is the Tree of Humanity. Each of the these Four Trees were associated with one of the Four Elements, attributing the mineral Tree to Earth, the vegetable Tree to Water, the animal Tree to Air, and the human Tree to Fire. Therefore, to transverse the Tree and to construct a bridge between the three Sephiroth of Yesod, Tipareth and Binah, the operator of this working must also engage the four Trees. Thus, we are actually talking about twelve elements in total. If one is able to generate and use these twelve elements, then a connecting bridge can be made so as to aid the operator in fully experiencing Eternity, and this is the objective of this working.

After carefully looking over Jean Dubuis’ core ritual, the “Portae Lucis,” I have determined a method whereby magicians of our Order could perform this working exclusively using the rituals of the ESSG. Granted, our way of working magick is startlingly different than Jean Dubuis’ methodologies, yet it is comforting to know that his working is quite readily translatable into our system. I would assume that this is because of the fact that both systems have the same basic core of occult principals.

First of all, I would advise you to consult a copy of Jean Dubuis’ ritual. You can find it in his writings and also at this website. Hopefully I have spelled that link correctly.

In that ritual, Mr. Dubuis requires the operator to charge sacraments of the four elements with the power of the planetary intelligences of three planets: Saturn, Sun and Moon. He does this to focus on the four different Trees of Life (mineral, plant, animal, and man).

A ritual called the Triple Tetrahedral Gate would be used, and the gate nodes would be charged with the special talismans. This rite would be performed as close to the Summer Solstice as possible. For me, I would also, as a precursor rite, perform an invocation of my personal godhead Hermes Thoth (you can choose this godhead, or another one that would be more appropriate for you). The objective of this ritual working is to invoke the highest attribute of the self as Eternity, then to merge it with the soul of the magician at the Summer Solstice, causing it to pass through the specially charged Gateway of Ascension. What might also be very helpful would be to invoke the Godhead of the three sephiroth using the Archetypal Emanation Gate ritual, making a modification so that the qabbalistic world of Atziluth is set instead of Briah or Yetzirah. Also, the operator could just perform a series of qabbalistic contemplations on the Godhead, and path workings on the three sephiroth and their associated direct pathways. All of these ancillary operations would be performed prior to working the Triple Tetrahedral Gate ritual.

I believe that this ritual working would be quite effective and would very likely produce the same analogous results as the working that Jean Dubuis has proposed. This is, of course, an advanced working, and would require quite a bit of preparation. I would place this rite at around the sixth or seventh degree, but then that is just a suggestion on my part.

Anyway, I feel the desire to test this hypothesis between now and the next Summer Solstice. The talismans should be fashioned after the Winter solstice and the when the moon is waxing - of course. I will let you know how it turns out.